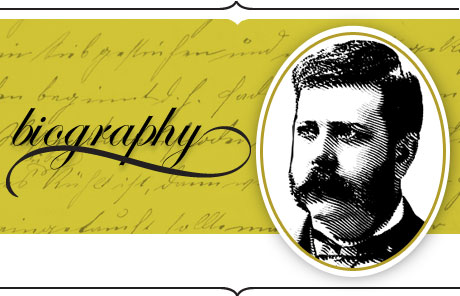 Ask the man on the street who he should thank for the electricity that lights his way and he's likely to say "Thomas Edison."But the name Westinghouse, to most laymen, conjures up little more than images of 1950's fridges and toasters.

But George Westinghouse was a giant among inventors, and if there's any one person who's responsible for powering our world, it's him.

By the age of 13, Westinghouse was working in his father's shop, helping to make steam engines and agricultural equipment, for 50 cents a day. After serving the Union cause at the age of 17, he went to New York's Union College. But the president of the college soon explained that courses in classics and the like would be a wasteful digression for a young man of such obvious talent. Instead, he should drop out and start with the inventing.

That's just what he did. In a year he'd been granted his first patent, for a rotary steam engine. The engine was never used but it was the start of a lifelong interest in rotary power. It was also the start of a lifelong series of patents—he was awarded, on average, a patent every month and a half. Two other early Westinghouse patents were put to immediate use: His "railway frog" allowed trains to smoothly cross other tracks, and his "car replacer" guided derailed cars back on the tracks.

The reason so many cars needed to be re-railed was the primitive braking systems of the time. Each train had a brakeman who rode on top, whatever the weather. When a train needed to stop, the brakeman would turn a wheel, hop to the next car, turn its wheel, and continue down the line braking each car individually. A train needed a full two miles to come to a halt. The process made being a brakeman one of the most dangerous jobs in the world—in one year 5,000 of them were killed.

Westinghouse had read about European air drills used to make holes for dynamite inside long tunnels—they worked with thousands of feet of tubing. Why not put the same system to use on trains? He patented the idea at the age of 22. With it, a train's engineer could control the brakes of every car from his seat in the engine. Despite the initial reluctance of much of the railroad industry (it was cheaper to continue to risk the lives of brakemen than to pay the $50 for the Westinghouse brakes), they were eventually adopted everywhere.

The air brake business, with Pittsburgher Ralph Bagaley as backer, became Westinghouse's first big business and he would continue to perfect the brakes over the years. Air eventually would be used to keep the brakes off the wheels rather than push them on; that way a failure would mean a stopped train rather than a runaway train.

Trains played a large role in his personal life as well. He met his wife on one. He sat next to the future Mrs. Westinghouse on a trip to Schenectady. After a short chat he realized he wanted to marry her, so, before departing, he gave her the addresses of several of his friends so she could write to them for references. Once married, he built her a summer home in Lennox, MA. It would soon be home to the world's largest private power plant as well a private natural gas derrick.

Power was becoming Westinghouse's obsession. He was quick to realize that Edison's DC current, which would need a power station every mile or so, would not be a practical way to wire the world. He threw himself into developing a transformer that could ramp up (and down) AC current. When he joined up with Nikola Tesla in 1884, the intellectual side of the AC/DC war with Edison was over. But the media war continued. Edison began backing public electrocution of animals as well as the electric chair, to prove the dangers of A.C. current. He even coined a new verb to discredit his competitors: To kill someone with an electric chair was to "Westinghouse" him.

At the 1893 World's fair, Edison lost the publicity battle as well. Westinghouse won a contract to light the fair, underbidding Edison by half a million dollars. Westinghouse chalked up any possible losses to the cost of good publicity. Edison countered with a patent challenge on the kinds of bulbs Westinghouse intended to use. But Westinghouse was ready for that as well, and turned to a secondary, somewhat inferior, bulb he had patented. At the fair, the 250,000 lights--25% of the bulbs in the world at the time--wowed visitors for whom night had previously been a much darker affair. Skeptics and doubters soon switched their support to Westinghouse and AC power. Westinghouse soon harnessed the power of Niagara Falls to power cities many miles away.

By the turn of the century, Westinghouse had some 60 companies to his name. He would borrow from one to fund another as he saw fit. But in 1907, with the country in a depression, he had to borrow from banks, and soon saw those loans called. As a result he lost much of his business, including his prize electrical works. After 1907, he could not pass those huge structures in east Pittsburgh without turning his face away. He continued to invent, however, and was named President of the American Society of Mechanical Engineers in 1910. Four years later he was dead, his designs for an electric wheel chair on a desk by his side.

Edison looms large in the public consciousness in part because he wanted to loom large in the public consciousness—and, arguably, because he was a less generous man. His record 1,093 patents included the inventions of his employees, patented under his own name. Westinghouse, famously good to his employees, preferred to let his workers patent their own inventions. Had he behaved otherwise his number of patents would easily have surpassed that of Edison.

The president of the college explained that courses in classics would be a wasteful digression for a young man of such obvious talent. Instead, he should drop out and start with the inventing.