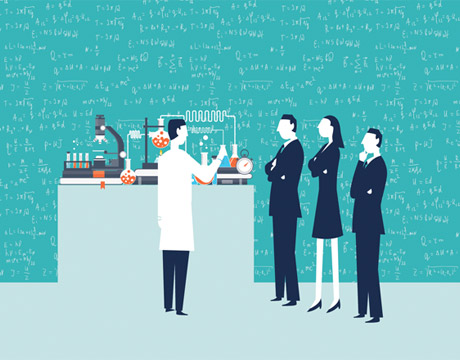 Genomics is a hot market. A new research reportby Markets and Markets estimates that the global genome editing market is expected to reachabout $3.5 billionby 2019, up from $1.8 billion in 2014. This demand is driven by the growth of biotechnology and pharmaceutical R&D, as well as advances in technology. Cell-line engineering accounts for the greatest share of the overall genomics market.

The rapid evolution of genomics is, however, causing legal and ethical concerns, which could slow down the projected growth of the market. For example, the National Institutes of Health’s National Human Genome Research Institute (NHGRI) has established its Ethical, Legal and Social Implications (ELSI) Research Program to address these issues. Privacy is a huge concern—the NHGRI maintains it is “essential to develop, implement, evaluate, and refine new approaches and policies that recognize participants' interests in the privacy and use of the genomic and medical data, while simultaneously enabling broad access to these data to facilitate scientific discovery.”

There is also the broader and more complex issue of how genomics impacts social beliefs and policies around the world regarding research and health. “Genomics has profound implications for how we understand ourselves as individuals and as members of families, communities, and society—and even for how we understand what it means to be human,” states NHGRI. “Long-held beliefs about the continuum between health and disease may be transformed, as may concepts of free will and responsibility. These conceptual shifts have implications for current approaches to research, health and social policies.”

One of the newest genomic technologies that is causing considerable ethical consternation is CRISPR-cas9, which is expected to be the largest and fastest-growing segment of the global genome editing market over the next five years.

Developed by Jennifer Doudna, a professor of chemistry and of molecular and cell biologyat the University of California-Berkeley, CRISPR-cas9 simplifies gene editing for many types of cells —including human egg, sperm, or embryo. The process has revolutionized the field of genome engineering and offers tremendous potential for ‘editing’ genes that cause predisposition traits for certain diseases. “Discovered as an adaptive immune system in bacteria for protection against bacteria-invading viruses, CRISPR-cas9 wasdeveloped as a way to target and edit genomes,” reports Ryan Clarke on www.techcrunch.com. “This process permanently modifies an organism’s genome, so that each successive generation of offspring will carry the change.”

These groundbreaking capabilities have resulted in numerous discussions about ethics of use for this technology—for example, designing genetically “perfect” offspring. “Ultimately social preferences could skew the genetic balance of the human species,” warns Clarke.

Scientists are increasingly giving voice to similar concerns. As published in Science, a group of prominent scientists, including Doudna herself, urged that steps be taken to ensure the application of genome engineering technologies—including her own CRISPR-Cas9—is done in a safe and ethical manner. “In our view,” writes Edward Lanphier, president and CEO of Sangamo BioSciences, in Nature, “genome editing in human embryos using current technologies could have unpredictable effects on future generations. This makes it dangerous and ethically unacceptable. Such research could be exploited for non-therapeutic modifications.”

In April 2015, researchers from Sun Yat-sen University in Guangzhou, China described their efforts at editing the genes of a human embryo. Using the CRISPR-cas9 system, this was the first-ever attempt to genome engineer a living human embryo. Results were highly inconsistent and included unexpected effects, such as random introduction of mutations. Out of the 86 total embryos utilized in the study, 71 survived the initial CRISPR snips, only 28 successfully spliced in the new DNA, and a small fraction of those splices actually generated a functional protein. The researchers stopped the study because the science is too immature.

This work prompted another vigorous round of debate in the scientific community regarding the ethicsof genetic manipulation. It did prompt the National Institutes of Health to announce it would not fund anyresearch that tampers with the human germ line. Despite the funding ban, the NIH also acknowledged the importance of the CRISPR-cas9 technology in a press release.

"This technology is also being used to develop the next generation of antimicrobials, which can specifically target harmful strains of bacteria and viruses," the NIH statement reads."In the first clinical application of genomic editing, a related genome editing technique (using a zinc finger nuclease) was used to create HIV-1 resistance in human immune cells, bringing HIV viral load down to undetectable levels in at least one individual. Advances in technology have given us an elegant new way of carrying out genome editing, but strong arguments against the use of gene-editing technologies in human embryos remain.”

Mark Crawford is an independent writer. Learn about the latest trends in medicine and biology at ASME’s Global Congress onNanoEngineering for Medicine and Biology.

For Further Discussion
Advances in technology have given us an elegant new way of carrying out genome editing, but strong arguments against the use of gene-editing technologies in human embryos remain.NIH Statement