Future Battery for the Electric Car

Future Battery for the Electric Car 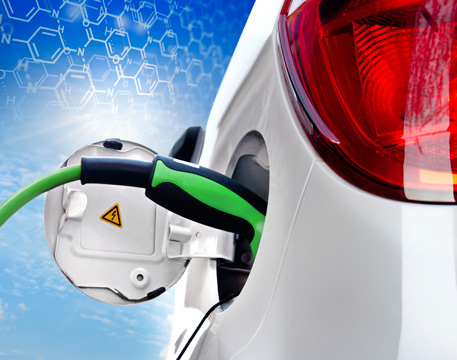 The price tag notwithstanding, there’s one reason that drivers aren’t lining up to purchase a Tesla Model S, or a Chevrolet Volt, or a ZAP Alias, or a Fisker Karma for that matter. The hurdle is the very thing that puts those cars on the road in the first place: the battery. In a cell phone, lithium ion batteries seem pretty small and nifty. In a car, they’re massive and will only get you so far.

That’s not likely to change soon. GM’s chief technology officer,Jon Lauckner, has said recently that increased and more efficient manufacturing is not likely to reduce the price or increase the capacity of lithium ion batteries. To see a change, we’ll need a sea change.

That’s likely to come in the form of the lithium sulfur battery. This chemistry has long been poised to vanquish the lithium ion battery. With a pure lithium anode rather than graphite, these batteries can store as much as five and half times the energy that a lithium ion battery can hold. And sulfur is cheap and plentiful. The small downside is that the battery dies after 50 or so cycles.

For some time now researchers have thought they understood why lithium sulfur batteries had such short life spans. During use, crystalline sulfur particles would form higher order polysulfides. As these sulfides are all soluble, they would dissolve into the electrolyte, and go anywhere the electrolyte can go—including the anode side of the battery where they would interact directly with he lithium metal.

The misconception arose thanks to a flaw in how sulfur batteries were examined. The usual M.O. was to first cycle the battery until it was useless, or almost so, then take it apart and examine it with an electron microscope. To prepare the disassembled battery for examination, they had to first wash the elements. Once under the microscope, it appeared that polysfulfides had entirely fled the cathode to ruin the battery elsewhere. In fact, the researchers themselves had inadvertently removed polysulfides from the cathode during their preparations.

Johanna Nelson, a researcher at Stanford’s SLAC National Accelerator Laboratory, had a better microscope. The lab’s X-ray microscope allowed Nelson and her colleagues to look inside a battery while it was in use. They were able to zero in on sulfur particles and monitor their behavior as the battery was discharged. “What we found is that a tiny bit of these polysfulfides went into the electrolyte,” says Nelson. “This tiny amount produces large capacity loss.” Hardly any polysfulfides had left the cathode.

The result flew so hard in the face of what the battery establishment assumed that Nelson and her colleagues doubted what they were seeing. “When we first got the imaging results, we actually thought they were wrong—they were so opposite of what we expected,” says Nelson. “We said, ‘OK this is wrong, let’s repeat it.’ Convincing ourselves was one of the hardest things.”

With the new knowledge in hand, electric car and battery manufacturers (who have indeed been calling Nelson’s lab) need only find a way to trap those polysuflites on the cathode. One possibility is a yoke-like sheath that can stretch to allow the sulfur to expand.

These mere technical challenges mean the higher capacity lithium sulfur battery—and a farther driving car—are soon to hit the streets. “Talking to industry, it sounds like at most ten years, unless something better comes along,” says Nelson. “Pretty much if you’ve solved this problem, you’ve solved it.”

When we first got the imaging results, we actually thought they were wrong.Johanna Nelson, researcher, Stanford