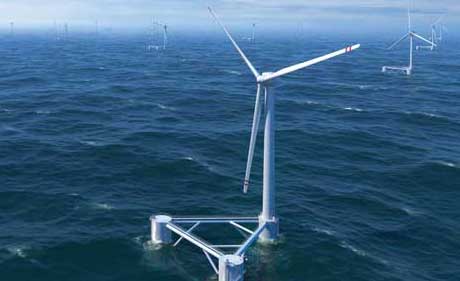 Mounted on semi-submersible platforms, the floating wind turbines being developed by Principle Power can be built in shipyards and towed into place.

by Dominique Roddier and Joshua Weinstein

Among all the available renewable energy sources, wind has the potential to make the most significant contribution. Wind turbine technology is mature and bankable, and wind resources are abundant. But as wind farm developers install increasingly larger turbines, the visual impact and noise —as well as the need for large expanses of land—have slowed down terrestrial wind power expansion.

These issues are not as problematic when wind turbines are built at sea, so it was inevitable that wind farms would go offshore. Within the past ten years, the coasts of Denmark and the North Sea basin have become the sites of increasing numbers of wind turbines, and the U.K. is poised to become the largest offshore wind energy producer.

To date, all offshore wind turbines have foundations that extend to the seabed, which necessitates shallow water sites, a feature not available near many major cities around the world. In the United States, government regulation and private sector opposition has limited deployment of offshore wind farms.

One alternative would be to site projects over the horizon, in deeper water where wind resources are superior. Here the wind industry could follow the example of the oil & gas industry and employ floating platforms. But stabilizing a floating wind turbine platform is a major challenge because turbines inherently have a large mass in the nacelle and rotor located some 80 to 100 meters above the sea surface.

There are three possible solutions to the stability problem. The first category is gravity-based, with the center of gravity of the platform as low as possible, well under the center of buoyancy. This calls for a very deep hull, similar to offshore spars and therefore cannot be used in less than 120 meters of water. The spar also must be in a protected area for final upending and installation of the wind turbine.

A second category is water-plane inertia based, where the floater surface area at the free surface is wide—that is, it has a large geometrical inertia. Traditional semi-submersible or column-stabilized units are examples from the offshore petroleum industry. A semi-submersible structure requires significantly less draft than a spar and can be fully assembled in a sheltered harbor, quayside, and then wet-towed to its final installation site because the structure is inherently stable at both transit and operational drafts.

Finally, there are tension-leg platforms moored to the seabed and kept upright by stiff vertical tethers called tendons. Tension-leg platforms face difficulties in the natural frequency similarities and potential for structural coupling between the wind turbine and the tendons. The stability of a TLP is dependent on the mooring and additional expensive stability aids, such as buoyancy modules are required when the system is not moored. Furthermore, the installation of TLP tendons typically requires significant seabed preparation, which may drive up the project costs, and tension-leg platforms are limited to deep-water areas free from significant tidal fluctuation and current.

The Portuguese utility EDP has partnered with Principle Power to install a multi-megawatt full-scale floating wind turbine prototype off the coast of Portugal coast in 2011. Called WindFloat, the prototype is a semisubmersible fitted with water entrapment plates at the base of the columns, and with the turbine and tower affixed asymmetrically on one of the columns. The platform’s three columns are spaced approximately 35 meters apart, to provide stability even when operating without ballast.

The water entrapment plates increase the hydrodynamic added mass of the platform and add significant viscous damping, which reduces the structure’s motions in waves. The hull is also fitted with a closed-loop water ballast system, which moves water between columns, to compensate for changes in average wind velocity and direction. Expectations are that the system will cost no more than current fixed installation methods.

To date, all offshore wind turbines have foundations that extend to the seabed, which necessitates shallow water sites. 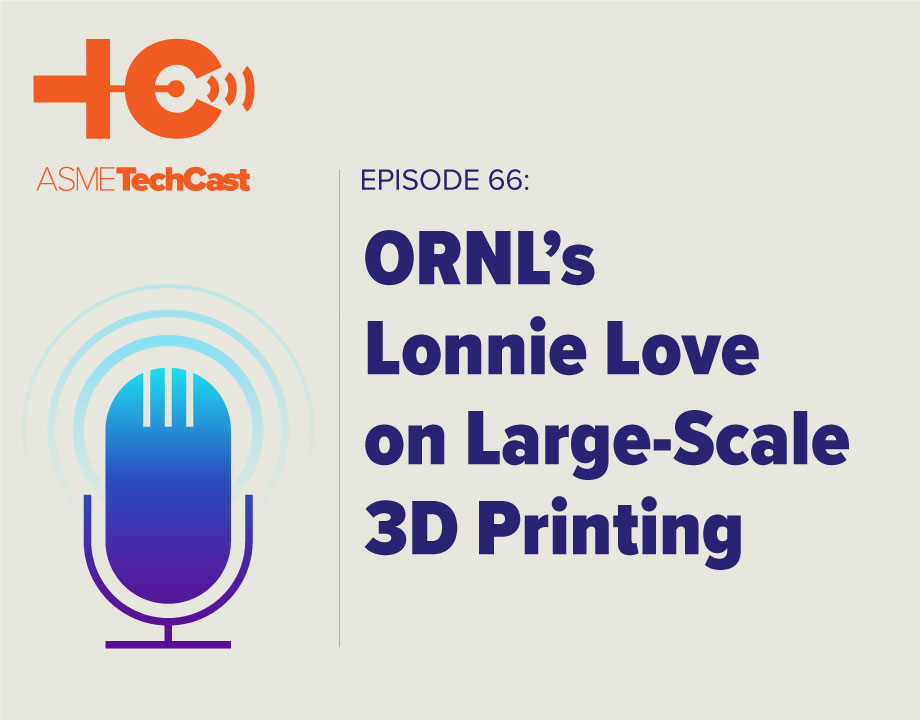