External Power Supply Efficiency Regulations Outside the U.S. and EU

External Power Supply Efficiency Regulations Outside the U.S. and EU 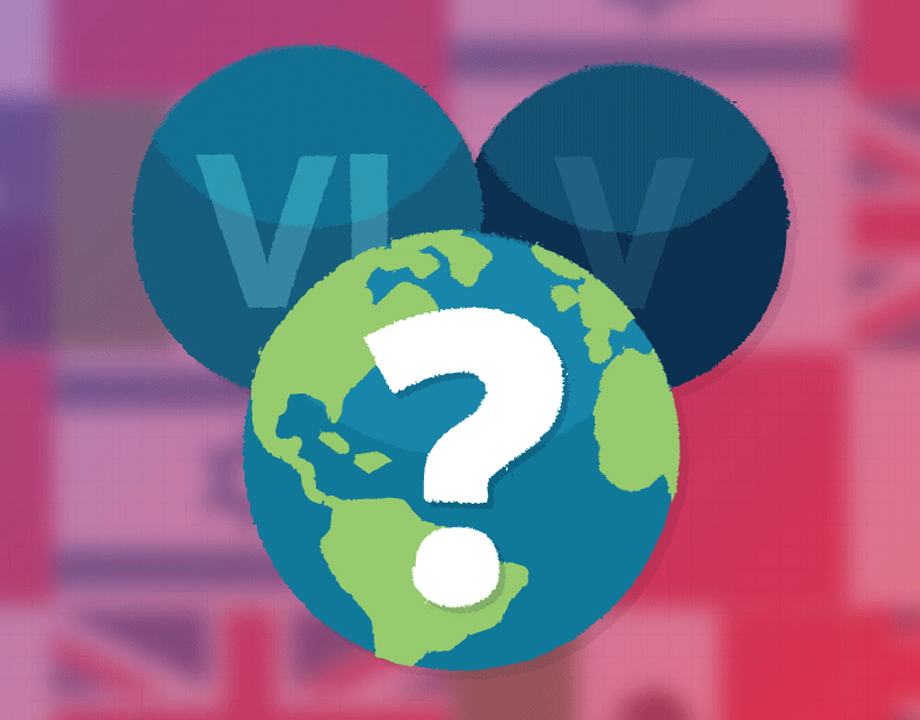 Standards develop globally after being adopted by U.S. and EU.

In 2004 the California Energy Commission established requirements for power conversion efficiency and no-load power consumption., and shortly after the European Union adopted similar regulations. Over time, the U.S. and EU have brought their respective standards into mutual alignment with DOE Level VI and EU Ecodesign Directive 2019/1782 for energy-related products (ErP) as examples. China and Japan have chosen to create their own standards while many other countries have either adopted the U.S. and EU standards.

Since 2017 Canada has adopted the DOE Level VI standards through the National Resources Canada agency and the provinces of Ontario and Quebec have added additional requirements. Mexico has implemented NOM-029 ENER-2017 for external power supplies up to 250 W which are sold separately from other equipment. 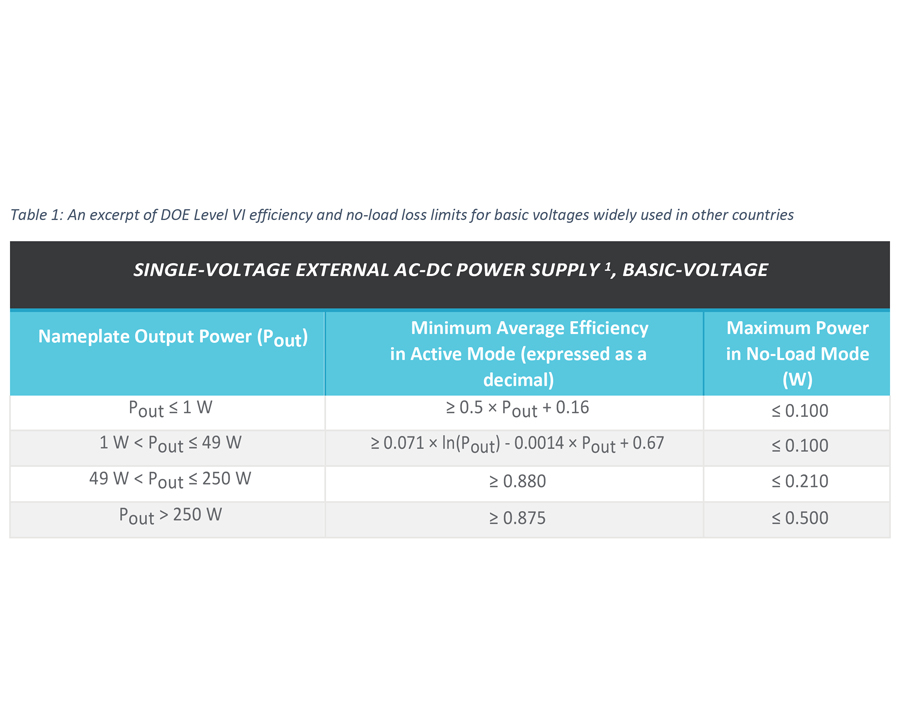 Korea implemented the voluntary E-Standby program in 2007, specifying standby power consumption to be less than 1 W and transitioned it to a mandatory program of less than 0.5 W in 2010. Standard GB 20943-2013 and energy conservation rule CQC31-461236-2014 in China are like the US DOE regulatory requirements.

Japan has not created power conversion efficiency regulations addressing external power supplies but for many other product categories they have established an energy reduction program in 1998 that they called Top Runner. This program recognizes the most energy-efficient product in each category and the expectation is that other products in that category will match the energy efficiency of the leader. 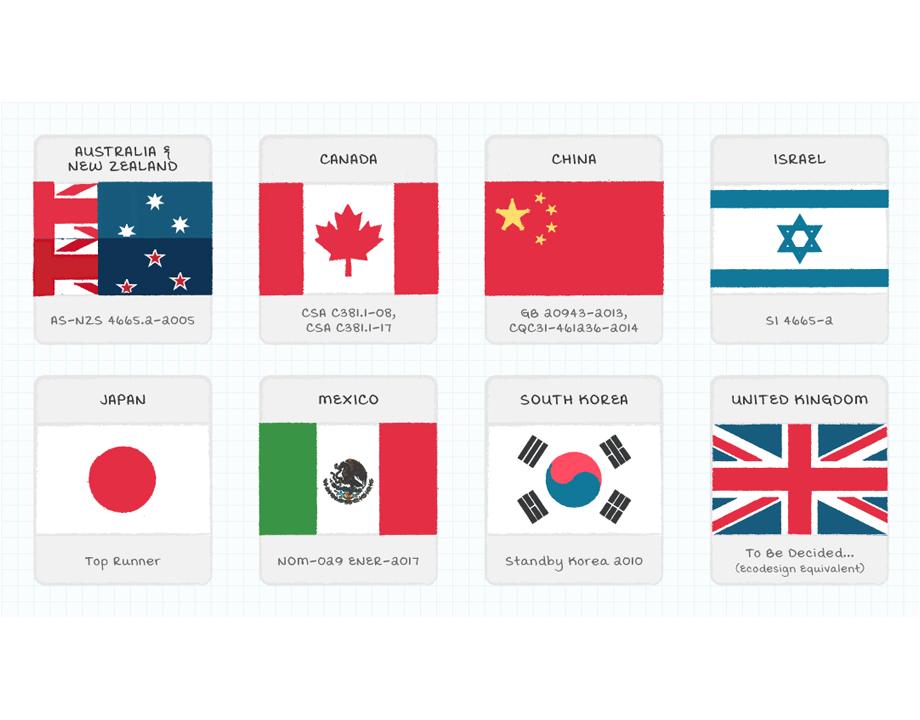 India also has not established energy conversion regulations specifically for external power supplies. The Bureau of Energy Efficiency in India works with the U.S., China, and other countries at a high level to establish energy conversion policies. In addition, India is part of the International Partnership for Energy Efficiency Cooperation that is establishing energy activities liked the Super-Efficient Equipment and Appliance Deployment initiative. This initiative is like the Top Runner program in Japan in that it seeks to recognize the industry leaders in power efficiency for many different product categories.

The United Kingdom is one of the most recent countries to establish a separate energy efficiency policy, but at the present time the policy is closely aligned with the EU Ecodesign Directive. Additional information regarding the requirements in the U.K. can be found in the CUI blog about the UKCA Mark.

This article is provided by CUI Inc.