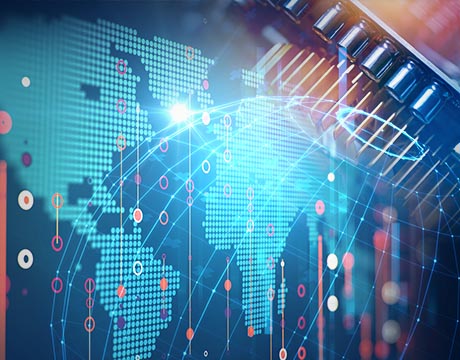 Reshoring—bringing manufacturing work back to the U.S. from lower-cost countries—is a critical issue for the U.S. manufacturing industry and the national economy. Technical investments that can make manufacturers more competitive include Industry 4.0, the Internet of Things, additive manufacturing, automation, robotics, and big-data analytics.

However, looking at the engineering design process itself is just as important. How can it be improved to boost efficiency and reduce cost? Eliminating unnecessary complexity or extra steps will streamline the engineering process, making this a significant factor in making onshore costs competitive.

Take, for example, Mitchell Metal Products (MMP) in Merrill, WI. This contract manufacturer makes a variety of products for original equipment manufacturers across a wide range of industries. In 2016, the company submitted a bid to a U.S.-based manufacturer of lawn and garden equipment to manufacture a handle for a cultivator that was currently being made in Southeast Asia. “During the bidding process, we had to display our value compared to the total costs involved with, and compared to, the offshore supply chain,” states MMP President Tim Zimmerman.

This required a deep dive into the company’s traditional methods of manufacturing to find ways to reduce costs enough to win the project and still make money. MMP assembled a cross-functional team that included most internal departments, two subcontractors, and the tooling staff. The result was a new process that increased the production volume of the cultivator handle subassembly product from 4,500 made overseas to 30,000 made in Wisconsin. In fact, this project received the first-ever National Reshoring Award in October 2017 from the Reshoring Initiative for bringing manufacturing back to the U.S.

Q: What were the engineering challenges required for this project? A: There were two challenging factors we needed to address with our internal engineering talent in order to offer a cost to our end customer that was competitive with the offshore source. Both challenges were related to the kickstand component of the full assembly: 1) the kickstand bracket (a metal stamping component), and 2) assembly of bracket, wire form, springs, fasteners, and washers. The issue with each was the same: using traditional processes, the labor involved was too costly.

Q: Tell us about the kickstand bracket. A: The kickstand is a subcomponent part of the cultivator handle assembly. The annual volume of assemblies at the time we made our offer was quite low, 3,000 to 4,500 assemblies per year. This type of volume does not support a large, progressive tool. Traditionally, the kickstand bracket would be tooled in stage tools, which creates multiple operations to complete the part. We did not have enough room in our costing structure to support multiple operations. On the flip side, our die design software was suggesting a 16-station progressive tool. The cost for us to build such a tool was prohibitive. The reason so many stations were being called for is because there are extruded holes on each side of the bracket. Their alignment through the entire extruded length of the hole is critical to proper performance of the kickstand.

The challenge for our engineering staff was to create a progressive tool with far fewer stations than the automated software was calling for. In the end we designed a toolwith half the stations initially required. This allowed us to bring costs into line. In order to reduce the number of stations, we designed two cam-driven stations, which replaced several stations designed to assure proper alignment of extruded holes. Two other stations were combined into one as well. The tool is working very well for us. It is a credit to the ingenuity of our staff that we created a robust, well-performing tool at greatly reduced cost. Tooling took seven weeks to finalize design, build, and put into service.

From time to time, especially with challenging tool designs, we employ a virtual tool try-out where the tool design is run through a simulated production process, which we did with this project. We rented time on a simulator rather than host our own simulation software suite. This way, we have connection to simulators who have access to very robust steel data, which is essential if the simulation is going to be meaningful.

Q: How did you deal with assembly of the kickstand? A: We conducted time studies of the proposed assembly process for the kickstand during the quoting process. It quickly became apparent we would need to semi-automate the assembly process in order to maintain the labor cost allowance we had available. Our engineers and tool department worked together to design an air-powered assembly cell, allowing us to assemble the kickstand bracket, wire form, fasteners, springs, and washers in a matter of seconds rather than minutes, as would be the case if the process was done manually. Not only was speed important, but the cell also had to be designed and constructed in a very cost-effective manner. Once again, the team came through and created a work cell that met our investment budget and brought throughput to a level that allowed us to submit an ultimately successful bid for the project.

Although the process was quite straightforward, our team took great care to build the cell in an ergonomically friendly manner. Parts are loaded in a way that allows the operator to maintain great posture. As production runs became larger and larger, this factor greatly reduced and/or eliminated operator fatigue.

The flow of parts into the work center is essential for allowing us to maintain efficient throughput. Good attention to detail in design, along with incorporating suggestions from operators who work in the department, allowed us to be successful. Sometimes the important innovations that become game-changers are not the technology itself, but the way the technology is employed, enabling operators to perform at high level.

Q: Overall, what did it cost to make these engineering improvements? A: We incurred about $25,000 in cost, which we footed ourselves in order to land this project. We calculated we would save around $13,000 annually as a result, which placed the investment within our 24-month pay-back period. This may not sound like a lot of money, however, if we did not have the internal resources to design and build tools, fixtures, and work stations, the cost to have done this outside would easily be five to eight times the investment we made. Our internal capabilities are what allowed us to be successful.

Q: Any advice for other manufacturers about bringing back work from overseas? A: An important concept was that we had to envision and somewhat design each of the ideas at the time we quoted the project. It then became absolutely critical the concepts be turned into actual tools to be utilized as planned in the production process.

As a contract manufacturer, it is vital to approach every important new opportunity seeking an innovative way to approach it. This means that as an organization, we must quickly vet ideas and concepts, and do so with great confidence. It requires a mix of knowledge, experience, and access to the latest in technology, including die simulation software.

Our design engineers also work very closely with our tooling department. It is the knowledge gained, both ways, that allows us to be successful and offer ingenious concepts to our customers. Design engineers learn great detail regarding our internal production operations as a result. The tool-and-die professionals learn much about cost-effectiveness and automation from the design staff. It is truly a win/win situation.