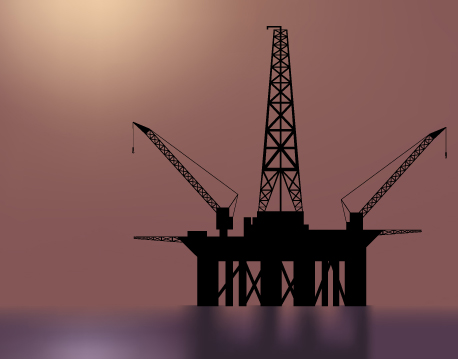 Do you know the Drill?

It’s one of the highest-paying occupations in America, and mechanical engineering skills are important to get the work done. In 2012, reports the U.S. Bureau of Labor Statistics, the average salary for petroleum engineers is $139,000. Nearly 31,000 currently work in the booming oil and gas industry. Their responsibilities include planning for oil and gas extraction, production, tool modification, and overseeing drilling operations.

Petroleum engineering encompasses “a little bit of everything,” explains Abhijit Dandekar, a professor in the department of petroleum engineering at the University of Alaska, Fairbanks (UAF) College of Engineering and Mines. The oil industry has two components. The service sector plays the essential supporting role, serving as contractors for drilling wells, collecting samples, and handling the on-site equipment. The major providers are Baker Hughes, Halliburton, and Schlumberger. The other sector is the operating companies, such as Chevron and Shell. They operate the wells, sell the products on the global market, and hire petroleum engineers. Jobs can be all over the world, in any location that may have oil resources. In the U.S., a high percentage of jobs are located in Texas, Oklahoma, California, North Dakota, Louisiana, and Alaska. Some large drilling projects are in environments as challenging as Alaska’s North Slope, the North Sea, deepwater Gulf of Mexico, and the Arctic offshore.

Dandekar, who teaches both undergraduate and graduate courses, finds that an M.S. degree gives an engineer a slight advantage in hiring. However, “The two major operating companies in Alaska [BP and Conoco Philips] often pay tuition for a M.S. degree if you work there,” he says. “So a mechanical engineer hired with a BS might decide to pursue a M.S. in petroleum engineering, which will provide other oil industry opportunities.” UAF’s mechanical engineering department now offers an “Emphasis on Petroleum” option, which covers the industry’s three main job functions: drilling, production, and reservoir management.

The employers always look beyond academics, Dandekar stresses. One strong emphasis is on teamwork, since so many industry jobs are performed by groups. Working closely with people from different cultural and educational backgrounds requires flexibility and interaction. “Someone can have an outstanding resume and a 4.0 GPA, but will also need to show some extra-curricular activities, such as involvement in one of the professional associations,” like the Society of Petroleum Engineers or American Institute of Petroleum Geologists.

Today, the typical path into the petroleum industry for both graduate and undergraduate students is through an internship, says Alice Palen, employer relations coordinator at the UAF Department of Career Services. “Finding a job may be difficult if the student has not had an internship. Many companies now recruit interns, some as early as freshman year, and definitely during sophomore and junior year,” she finds. “They will train the intern [expecting] that, if all goes well, the student will return the following summer. If there’s a good fit between the intern and the company, they may offer a job upon graduation. Internships are training opportunities, almost like a probationary period.”

Internships are well-paid and very competitive. Companies seek not only technical competence, but also interpersonal skills, especially for teamwork. Internship applicants may have two interviews – one for technical knowledge, the other for behavioral factors.

For an experienced mechanical engineer, an internship may not be essential, Palen suggests. “Study the job descriptions for qualifications. To fill any gaps, you might consider taking a few petroleum engineering classes.”

Oil companies often require online applications. “On the company website, select the link for either internship of entry-level jobs. Read the job description carefully. Be sure to highlight the matches between your background and the job requirements,” she says.

At universities with engineering programs, “Students and alumni should take note of job fairs and information sessions. In my experience, employers from the petroleum industry have had a major presence on campus, and expect to meet applicants at these events,” says Palen. “From past event evaluations, companies indicate that, whatever the economy, they have some pretty stable programs in place. We consistently get large oil companies posting jobs and coming here to recruit.”

Carol Milano is an independent writer.Companies seek not only technical competence, but also interpersonal skills, especially for teamwork.