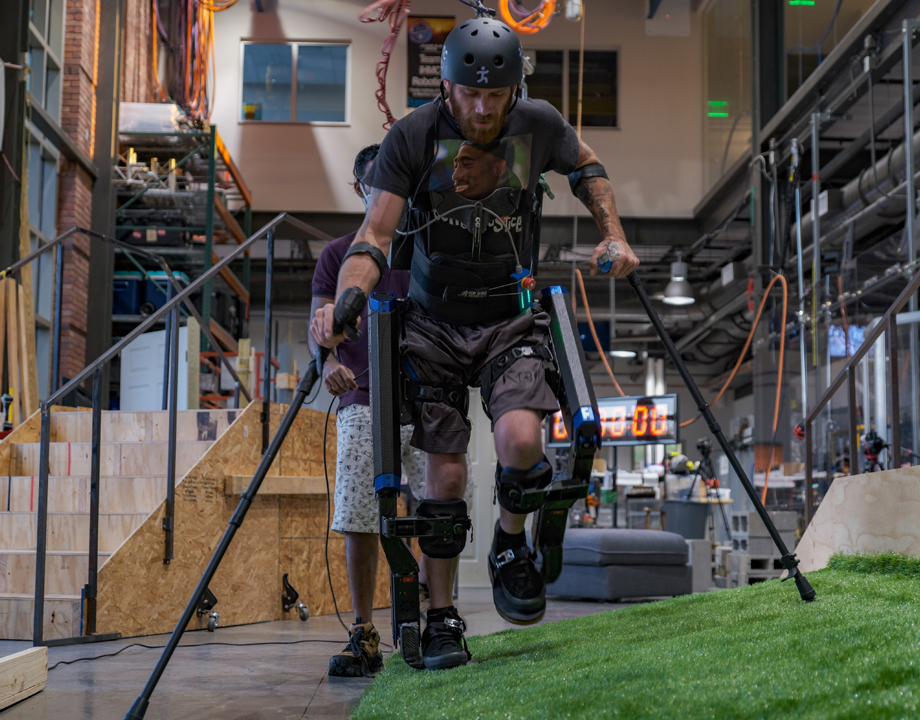 Cybathlon Tests the Power of Exoskeleton

“Winning doesn’t always mean getting first place; it means getting the best out of yourself,” said Meb Keflezighi, 2004 Olympic Marathon silver medalist. His words hold true for every race, whether it’s a 100-meter dash, a long-distance marathon, or the Cybathlon, a unique championship in which people with physical disabilities pilot assistive technologies demonstrating their effectiveness in competitive races of everyday life tasks.

“Every day I face this reality to find comfort in my abilities and not anger in my disability—we all have disabilities and I encourage everyone to live unrestrained,” said Mark Daniel, who piloted the exoskeleton of the Florida Institute for Human and Machine Cognition (IHMC) team at the Cybathlon 2020 Global Edition. The 2020 event was held November 13–14 and included over 50 teams competing in six different race disciplines.

Daniel suffered spinal cord injuries due to a vehicle accident; he is unable to walk unassisted. He has been engaged with the IHMC team since they started researching paraplegic mobility almost a decade ago.

“Having Mark as part of the active process in the development of these devices is incredibly important and something that we place a lot of significance on with this kind of human-centered design,” said Robert Griffin, a research scientist at IHMC who serves as manager of the team.

While the competition is an opportunity to spotlight mobility issues, for Griffin it is also the platform to show the potential of their work.

“We really want to not just push this technology forward, but also eventually create exoskeletons that people can buy and take home with them,” he said. 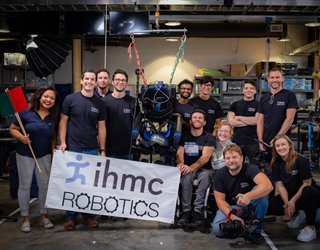 Griffin has been relying on the engineering expertise of his team to improve the device, which is a fourth-generation exoskeleton built at IHMC. “The goal was to continue to add degrees of freedom to reduce the amount of effort that the pilot has to exert to actually utilize the exoskeleton, while also making it a sleeker, more appealing package from a design perspective,” he said.

You May Also Like: Exoskeletons Quickly Becoming Industrial Heroes

“For the design, we took a custom 3D scan of the pilot’s body to figure out exactly where we wanted the interfaces to be and in what shapes. Our pilot actually did a lot of the carbon fiber manufacturing for the exoskeleton himself, so he was literally making the exoskeleton that he was going to wear to walk,” he added.

Like most events this year, the Cybathlon was postponed from its original date due to the COVID-19 pandemic. The races took place in regional hubs or team venues and involved both “in person” as well as virtual elements.

The IHMC team made it to the final four in the powered exoskeleton race. “It was a little down from our second-place finish in 2016, but we are quite happy with how we did,” Griffin said. “Engineers are developing technologies that change the world and seeing that is very exciting.”