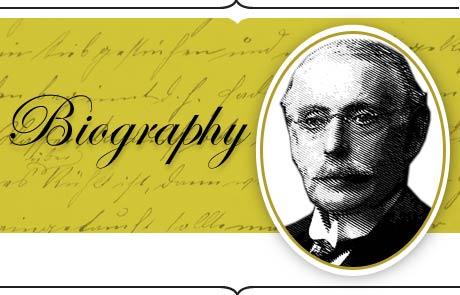 Charles Algernon Parsons was born in London in 1854. His father, William Parsons, was the Third Earl of Rosse and a famous British astronomer who served as president of England's Royal Society.

The youngest of six sons, Parsons spent most of his boyhood at Birr Castle in Ireland, the family's estate. A naturally gifted student, Parsons was privately tutored by some of England's most prominent scientists, including astronomer Sir Robert Hall. Parsons showed his mechanical genius at an early age—in 1866, at age of 12, he and his brothers reportedly built a four-horsepower steam carriage that travelled at a speed of 10 mph.

In 1871, Parsons was admitted to Trinity College in Dublin and later enrolled at St. John's College in Cambridge, where he graduated with a first-class honors degree in mathematics in 1877. He quickly hired on with an engineering firm in Newcastle as an apprentice—an unusually low-level position for someone of such high social standing. He later joined Kitson and Company in Yorkshire, where he helped design torpedoes.

In 1884 Parsons took a job as director of electrical equipment development for Clarke, Chapman, and Company near Newcastle, a firm that designed and manufactured ship engines. It was here he invented the steam turbine engine. The turbine operated in a series of stages. During each stage, the expansion of the steam was restricted to the smallest possible extent, extracting as much kinetic energy as possible without allowing the turbine blades to turn too fast and damage the equipment. His invention was a breakthrough in electrical engineering and allowed electricity to be produced at much lower cost.

Parsons founded his own company in Newcastle in 1889—C.A. Parsons and Company—to manufacture turbo-generators. A few years later he fitted his turbine with a condenser for use in electric generating stations. He continued to research marine propulsion, and in 1894, he applied for a patent for "propelling a vessel by means of a steam turbine, which turbine actuates the propeller or paddle shaft directly or through gearing."

Three years later Parsons built the Turbinia, a 100-foot long ship that was propelled with a steam turbine. The vessel was equipped with a double-ended water tube boiler working at 210 psi. Instead of a radial flow turbine, Parsons installed three parallel-flow turbines of different pressures to reuse the same steam in quick succession. Each turbine was connected to a separate shaft that drove three triple-bladed propellers. At a steam pressure of 157 psi, the central shaft turned at 2,000 rpm and the two wing shafts at 2,230 rpm—a new standard of efficiency. The Turbinia could travel at speeds as high as 34½ knots—an extraordinary accomplishment for that time. During a review of Royal Navy ships at Queen Victoria's Diamond Jubilee Fleet Review off the coast of Portsmouth, the Turbinia easily outmaneuvered and embarrassed the British fleet, which could only reach a maximum speed of 27 knots.

Parsons' multi-stage steam turbine quickly revolutionized marine transportation and naval warfare. Within a few years, several British destroyers were launched with Parson's turbines and turbine-powered passenger vessels were also in operation. By 1904, 26 ships had been equipped with Parson's remarkable direct-drive turbine engines, including the Titanic. His famous engine also became the standard for electric power generation on land.

Parsons spent much of his free time working on new ideas and inventions. He experimented with gearing, telescopes, and even dabbled in chemistry with attempts to crystallize carbon. Among his other inventions is the auxetophone, a device that amplified stringed musical instruments.

His important contributions to science were formally acknowledged when he was elected to the Royal Society in 1898 and knighted in 1911. During a vacation cruise in the West Indies he collapsed and died from "neuritis" in 1931. A memorial service was later held at Westminster Abbey.

Powered by three parallel flow turbines, the Turbinia could reach speeds as high as 34½ knots—an extraordinary accomplishment for that time.