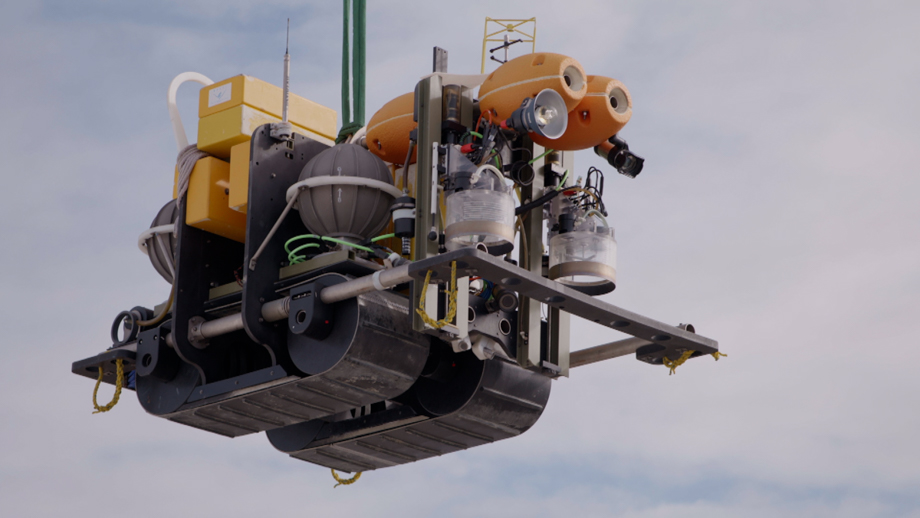 A new deep-sea rover will provide insight into how climate change impacts the oceans and the planet.

The deep-sea is widely thought of as the harshest environment on Earth. With extreme pressure, no sunlight, and internal waves the size of the Empire State Building, there’s very little humans can do to explore these depths at length. But a rover named Benthic Rover II (BR-II) located in the northeast Pacific has been collecting long-term data that will give us valuable insight into how climate change is impacting the planet.

The Monterey Bay Aquarium Research Institute (MBARI) designed BR-II as a fully autonomous mobile laboratory that can operate up to 6,000 meters below the surface. It captures a wide range of measurements from water temperature and oxygen concentration to current velocity. It’s also programmed to photograph conditions on the seafloor and regularly stop to occupy respirometer incubation sites. All in all, the rover is the size of a small car and made out of hefty materials so that it can withstand deep-sea conditions for an entire year before needing to be serviced.

“You tend to deploy a rover for only part of a day,” explained Paul McGill, an electrical engineer at MBARI. “Some AUVs can go out for a few days, maybe up to a few weeks. But then we have to bring them back to shore, rinse them off, and inspect them. We have to change all the broken parts before it can go back in the water. But, this rover has to go down and stay down for a whole year, which really presents some unique challenges.”

Watch our Video: Plying the Depths of the Ocean

The first challenge the MBARI team had to address was how to construct the rover so that it not only withstood the corrosive nature of the deep-sea but was lightweight enough to travel along the seafloor without disturbing it. The issue is that many of the instruments on the rover are not made out of hardy enough materials. The modem that’s used to communicate with the rover, for example, has only been made out of aluminum in the past. There wasn’t room in the budget to have a special one made, so the team has had to work with what they’ve had while waiting for further industry advances. Now, McGill said, the modem is being made from plastic, and they have high hopes for it.

The next challenge was a software one. Because the system is underwater for an entire year before inspection, there cannot be any glitches in the technology. As McGill explained, there’s no one to hit the reset button or cycle the power. To solve this, the team built a system that resets often so that BR-II can recover itself in the event of a malfunction. 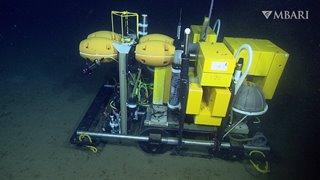 The BR-II can operate at 6,000 meters below the ocean’s surface and is made of lightweight titanium to travel the ocean floor smoothly. Credit: MBARI
The most significant drain on the team’s resources by far has been figuring out how to power the rover. With no sunlight, they could not rely on solar power, so battery power was their next best option. Figuring out what size battery BR-II would require took a lot of math. They added up the power consumption of the propulsion motor, the instruments, and the lights and found that they only needed a 20-kilowatt hour battery. But, as McGill explained, acquiring a portable battery of the right size and weight is costly compared to the wattage the average household might use or even just a standard Duracell battery pack. Housing the battery in airtight titanium spheres added additional constraints to the design.

“You can’t simply say, ‘well, I’m going to use a cheaper battery and use a bigger housing,’ because that battery and that bigger housing does not scale linearly,” he said. “Adding twice as much volume to the housing to support a larger battery may cost five or 10 times as much. So it was a careful balance between the cost of making the one-atmosphere housing versus the cost of the replaceable batteries.”

To create a lightweight design for the one-atmosphere housing, MBARI worked with ATI – Wah Chang Corporation on a process called hot isostatic pressing. The process involves placing powdered titanium in a graphite mold and exposing it under tremendous heat and pressure until the titanium particles fuse and form a blank shell. McGill explained that this process was an enabling technology for the BR-II, serving as a lightweight and cost-effective solution.

As Alana Sherman, Electric Engineering Group Lead, explained, this project is truly one-of-a-kind. The data the team receives from it informs everything from the shipping industry to international policy around protecting the environment.

Recommended for You: Developing a Deeper Ocean Understanding

Sherman explained further that when thinking about how much our society spends on exploring Mars and other distant planets, the cost of BR-II – about $200,000 – hardly compares. Developing the rover and the research it facilitates is truly a matter of advocating for our home planet.