Can Engineering Change Our Climate for the Better? Part 1

Can Engineering Change Our Climate for the Better? Part 1

Climate engineering is the process of designing large-scale systems that have the potential to control climate and reduce the impact of climate change. This is a highly controversial topic because of the complexity of the systems involved and the possible negative effects upon the environment and human populations. 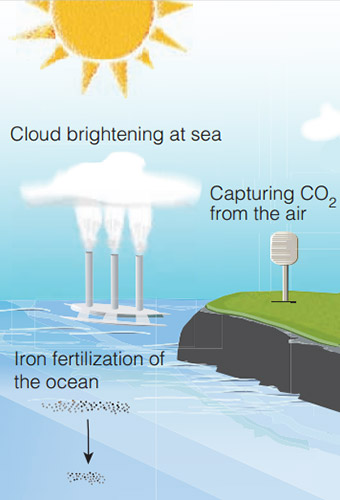 Climate change technologies are largely theoretical at this stage and fall into two main categories: greenhouse gas removal and solar radiation management. So far these methods have been developed and tested via laboratory studies and simulations, with only a few small-scale prototypes tested in the field. No technologies have yet been deployed at a large-enough scale to have global impacts. But they are worth watching as the public and private sectors seek new solutions for specific applications.

Other methods include running air through a caustic chemical process to remove carbon dioxide,geochemical techniques where CO2 reacts with certain minerals to create geologically stable carbonates. Another, “air-capture plants,” uses walls of fans to strip carbon dioxide from the atmosphere.

Read Part 2 to discover more about of environmental engineering.