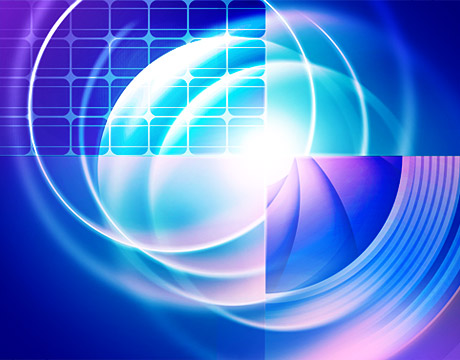 Bright Light from the Tiny

However high-tech the lenses on our phones and the solar cells on our roofs, they tend to collect light the old fashioned way. That is, thanks to their more or less natural optical properties, much of the light bouncing around them goes unharnessed. The materials are just too macro to make use of all the light that hits them.

At the micron scale, though, optics get weird. And this weirdness has allowed researchers at the University of Wisconsin to create a resonator that can make an object appear some 10,000 times brighter. "Many of the engineering issues for improving light energy and photo detector efficiency come down to how well you can concentrate light," says Zongfu Yu, a professor of electrical and computer engineering at the university, who runs the lab.

A conventional magnifying lens, for instance, can focus enough light to burn a leaf. "We want to go well beyond that," says Yu.

The trick to vastly superior light collection is found in the “optical cross section” of Yu’s material. “If you have a basketball, the optical cross section is basically the size of the basketball,” explains Yu. At the micron scale things aren't so simple. “You could have a one micron object but have a few micron-sized optical cross section. In other words, the shadow created can be much larger than its physical size." And Yu and his colleagues have managed to increase that dramatically.

Other metamaterials with low refraction indices have been used in various kinds of invisibility cloaks. "This is kind of the opposite of cloaking,” Yu says. “Cloaking wants to make an object look tiny, tiny small even though its size is large. We want a tiny, tiny small object to look very large.”

The impact of the research is likely to look very large, too. Solar cells will be able to get much closer to the theoretical limit of efficiency. And camera lenses will do much better in minimal light. Currently, lenses throw away a third of the light that hits them. “We’ll have an RGB filter that can capture light from an area larger than its physical size,” says Yu. The R, G, and B pixels will be able to steal light from their neighbors so that “you can fully use the light that gets to your camera lens.”

The only hold up at the moment is all the engineering work that needs to be done to make it a reality. “Essentially, this is in the lab and needs quite a bit of development before it will be seen in a product. It should work fundamentally. We think that there are only practical engineering issues that need to be done, but in terms of fundamental physical laws, they allow us to do this.”

As Yu puts it, with an inverse refraction of the old saw: “Until you see it in your iPhone cameras, it hasn’t happened yet.”

Learn more about energy solutions for a sustainable future at ASME Power & Energy 2016.

For Further Discussion
This is kind of the opposite of cloaking. Cloaking wants to make an object look tiny, tiny small even though its size is large. We want a tiny, tiny small object to look very large.Prof. Zongfu Yu, University of Wisconsin