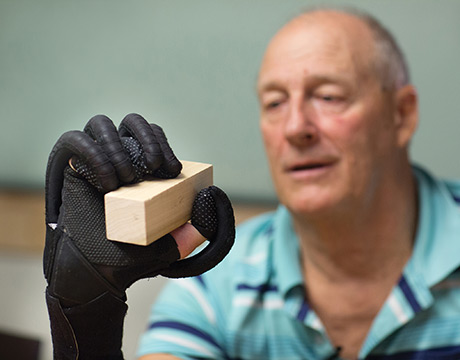 Demonstrating the strength of the artificial muscle. Image: Wyss Institute at Harvard University

We often link being strong with being unyielding, but when researchers at Harvard University and the Massachusetts Institute of Technology wanted to make their soft robots stronger, they found that folding them was the way to go.

The origami-inspired actuators the research team designed can lift as much as 1,000 times their own weight. These artificial muscles could soon find their way into wearable electronics, surgical equipment, or insect-like microbots.

“Anything that’s foldable could be used for these actuators,” says Daniel Vogt, research engineer at Harvard University’s Wyss Institute, who was a co-author on a paper released about the actuators.

Paper for origami is often what allows us to try some ideas and then move on to other materials. Daniel Vogt, Harvard University’s Wyss Institute 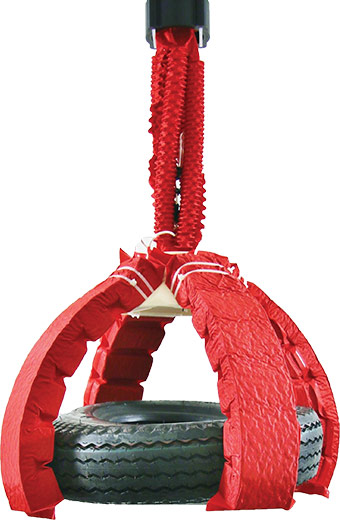 Another show of strength from an origami-inspired muscle.

The researchers built artificial muscles using different flexible materials like paper, metal, and plastic sheets as a corrugated inner skeleton that could fold up into a specific shape. They encased the skeleton in a skin-like plastic casing, and when they applied a vacuum to the casing, air pressure would fold the flexible material into a much smaller volume.

In one example, a zig-zag sheet of plastic was placed in a gripper, and applying a vacuum caused the sheet to slowly fold upward. Using the same process, the gripper could pull up the full weight of an automobile tire.

The researchers also programmed the artificial muscles to pick up bananas and bottles.

Read about the latest in robotic technologies on ASME.org.

Depending on the skeleton’s design, it is possible for the artificial muscles to shapeshift in multiple directions. Some of the initial origami designs were tested on paper and then applied to metal or plastic sheets, Vogt says.

“Paper for origami is often what allows us to try some ideas and then move on to other materials,” he says.

There are various potential applications for these actuators as the technology unfolds. For instance, since these artificial muscles are both strong and supple, they could find use in industrial settings.

“In a car factory you don’t want your gripper to touch the car because it is very expensive stuff,” says Shuguang Li, a postdoctoral researcher at MIT and another co-author of the paper. “For this kind of application, you can use our soft gripper to manipulate a product that is fragile or expensive.”

The researchers are adding the actuators to power gloves to supplement grip strength for those with muscle diseases.

Although the design is derived from origami, don’t look for paper to start folding itself into cranes.

“Origami geometry looks beautiful, but when you make something for engineering use, it’s a little overcomplex for the joints and connections. We borrowed the artificial muscle idea from origami geometry but we also simplified it,” Li says.