Blowing with the Wind

Blowing with the Wind 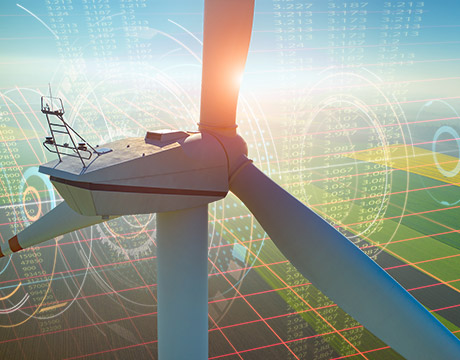 Wind turbines rely on efficiency like few means of energy, so when Arturo Villegas’ team received results of around a ten percent increase in average coefficient improvement at a university wind tunnel through their Aerodynamic Flow Deflector, it was cause to celebrate. And to continue testing. For their technology, it was a matter of redirection, turbines to Villegas taking too simple of an approach to wind farms. “It’s amazing what a little adjustment can do,” he says.

At Rutgers University, Villegas was already part of a group which wanted to improve wind turbines for wind farms, an ever-increasing means of alternative fuel globally. They found their aerodynamic flow deflector, similar to somewhere around a very thin, plate-like shape or air foil-like shape with a slight curve, can adjust wind power.

“Going through the blade torque and deflector torque, the wind moves through with the blade tangential force and has redirected tangential force with the aid of the deflector,” says Villegas, co-founder and CEO of XPEED Technology, the company formed for the technology. “We knew there was substantial loss in power in terms of turbines. The thought of how to increase the power focused on really redirecting the velocity into creating more torque. It’s not just one deflector. When you put several deflectors around the blade, every one of them are all working towards the configuration of the torque.”

According to Villegas, the Appalachian University Wind Testing Center, two weeks with deflectors found it to have an annual energy production increase of 8.7 percent to 11.4 percent compared to two weeks without deflectors. At an NREL Regional Testing Center, it was found to be between 2 percent and 8 percent for both turbines tested with 100 hours of deflectors as opposed to 100 hours without. “These are considered third party experiments,” he reminds. “Not just good for the public, but good for us, because we want to be honest with ourselves that we’re on the right track.”

The deflector is customizable through wind farm testing for any turbine, he says, but they have the goal to switch to fiberglass for the deflectors, similar to what is often found in wind turbine blades.

Villegas estimates it will take two to three years to see return on investment after implementation to a wind farm, though they are not at the production phase. “But for how it can serve you, it has a chance to be a major source of revenue with patience,” he says. “Beyond that, I’m happy it could help keep wind farms going for the positive effect it can have on our world. This is more than a means of profit, but a means of energy that can create power for parts of the world with little and conserve it for countries that don’t need to use as much energy.”

For Further Discussion
This is a means of energy that can create power for parts of the world with little and conserve it for countries that don’t need to use as much energy.Prof. Arturo Villegas, Rutgers University