Better Fusion Reactors on the Horizon

Better Fusion Reactors on the Horizon 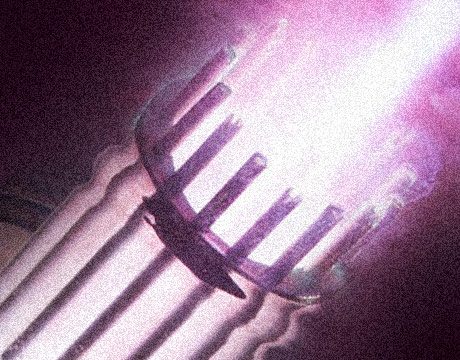 Mark Cappelli, professor of mechanical engineering at Stanford University, is a part of work that will hopefully propel the future of fusion reactors.

“We are able to create this plasma jet and impinge it on surfaces to study interaction to see how it degrades a surface; creates stresses in surfaces,” he says. “All of that is relevant to fusion machines because when we eventually have to try and engineer these machines you hope the maintenance part of the machine won’t be high or it won’t pay itself back.”

According to Cappelli, they realized six to seven years ago that the plasma that accelerated (high energy, high velocity) is similar to the plasma jets that form in the peripheral part of a fusion machine.

“The curious thing about these machines is when you think of them as large spheres and about being close to the wall of the spheres. There’s a strong magnetic field and the field prevents the plasma from [being in] the proximity of the other wall, like a barrier,” he says.

“One problem is that the curtain that is the strong magnetic field becomes leaky. Plasmas become unstable and squirt through the magnetic field,” says Cappelli. “This plasma rocket we were developing presents the same kind of conditions you see in a fusion machine. We took an interest in how these plasmas accelerate and what happens when these plasmas strike a wall that is designed to protect a plasma vessel,” he adds.

Their work started off with something involving space propulsion and ended up moving towards fusion. “With regard to the device that creates the jets, we start out with the means of storing tremendous amounts of electrical energy then take that energy and release it into what some would call a can,” he says. “Think of it as an inductor. It creates a magnetic field. This plasma jet squirts it out of this balloon inflated with magnetic energy and into inductance into this balloon storing this magnetic energy. It pops and produces this high velocity and the relatively high temperature jet of plasma. We don’t understand the popping part well and that’s something we’re working on.”

The capacitor used is several cubic meters but the device itself is about half of a meter in size and about one-fifth of a meter in diameter. He compares it to a cannon. The device is essentially a cylinder with a center electrode in the cylinder,” he says. “When that magnetic bubble breaks, there are conditions that are comparable to the core of a fusion reactor. We think this can be intriguing but, again, our interest is on the jet that’s accelerated, the plasma compressed to very high temperatures.”

Cappelli has learned important lessons from the testing thus far. “For my work, what I’m realizing is that just one disruption event, meaning just one firing on our machine, can have a huge effect,” he says. “What we find when we look at the surface it strikes and damages are cracks and ablation. You have to ask, ‘If I fire this thing a bunch of times what will the surfaces be like?’”

Another problem is where the surface ends up. “It has to go somewhere and can go into the reactor. The core of the reactor is bringing in hydrogen and this material which is largely tungsten is very disruptive to the fusion process,” he explains. “It’s an impurity which is very difficult to mitigate against and wreaks havoc on fusion reaction. I believe the investment has to be made in understanding what causes these events that will eventually degrade the walls to where maintenance on the machine might not be sustainable. Think of us as crash test engineers continuing to try to help improve the first wall, that part of that wall that faces the plasma.”

For Further Discussion
Think of us as crash test engineers continuing to try to help improve the first wall, that part of that wall that faces the plasma.Prof. Mark Cappelli, Stanford University