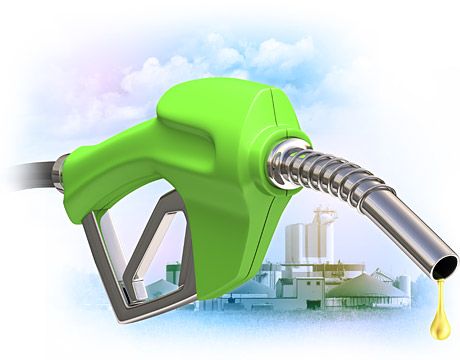 Engineers have experimented with anaerobic digestion as a way to create energy since the 1800s. For example, some British communities were using biogas captured from sewage treatment operations to power street lamps over 100 years ago. However, throughout the twentieth century, the abundance and relatively low cost of gas, oil, and coal has made it economically impractical to develop more advanced and larger-scale anaerobic digester technologies, especially in the U.S.

This is starting to change, however. Anaerobic digestion a straightforward, well-understood process that can now be cost-effective compared to fossil fuels. Its positive impacts on the environment are also desirable. Small-scale digesters have been used successfully for years to provide energy and heat in developing countries (more than 8 million small-scale digester systems are estimated to be in use in China). This overall increased awareness is leading to the establishment of larger-scale anaerobic digestion systems in Europe and North America that produce thousands of kWh of renewable electricity on a daily basis.

Anaerobic digestion is a natural process by which bacteria break down organic matter in an oxygen-free environment to form biogas and a digestate. Feedstock can be food waste, manure, sewage, or other organic matter. Depending on the type of bacteria used, operating temperatures are typically 35° C (95° F) or 55° C (131° F). Precise temperature control is required to optimize the bacteria’s rate of activity. The final product is a biogas mixture of methane and carbon dioxide that can be used as a fuel for generating electricity; the digestate is usually spread on agricultural fields as a fertilizer.

Environmental benefits of anaerobic digestion include the capture and use of greenhouse gas emissions, reduced reliance on fossil fuels, and reduced volumes of stored waste, which lessens the environmental risks of manure run-off and groundwater contamination. Being able to process waste organic matter through anaerobic digestion also relieves disposal burden on municipal landfills.

Several large-scale operations have come online in the U.S. in recent years. Sacramento started up one of the largest anaerobic digestion systems in North America in 2013, with the capability of converting 25 tons of food waste per day into heat, electricity, and natural gas. It will also produce 700,000 diesel gallons per year of renewable CNG and prevent the release 18,000 tons of CO2into the atmosphere, while also generating one million kilowatts of electricity and producing eight million gallons a year of organic soils and fertilizer products. In 2014 the University of California-Davis opened its Renewable Energy Anaerobic Digester (READ) at the campus’ former landfill. Campus and community food and yard waste is converted into clean energy that is fed into the campus electrical grid. READ will convert 50 tons of organic waste into 12,000 kWh of renewable electricity each day, diverting 20,000 tons of waste from local landfills each year. Also in 2014 the University of Wisconsin-Oshkosh launched its new $10-million, 1.4-megawatt (MW) digester at the state’s largest dairy operation. The digester will process 240 tons of manure per day from the dairy’s 8,500 cows, generating biogas burned as fuel in power production and a pathogen-free and nutrient-rich digestate that will be used as an organic fertilizer. The digester was built through a partnership between the University of Wisconsin and BIOFerm Energy Systems, a division of the German company Viessmann Group.

Although the technology basics of anaerobic digesters are the same, components can vary according to project parameters, including project size, type of bacteria, temperature, feedstock type, and volume of production. Different tools and add-ons are available increase the efficiency of the operation. For example, most wet fermentation applications (pumpable liquids) rely on a complete-mix tank reactor. “To improve efficiency, we offer an agitator package characterized by low-power consumption with high mixing efficiency,” says Whitney Beadle, director of communications for BIOFerm Energy Systems in Madison, Wisconsin. “Unique anaerobic digester systems are also available for dry fermentation [non-pumpable, high solids feedstocks] digestion systems. These can hold the material stationary inside the chambers, allowing for digestion of highly contaminated waste streams that may be unsuitable for tradition digesters, such as municipal solid waste, because pre-separation is not necessary. Smaller systems are also available for smaller feedstock amounts, which removes the need for a large amount of on-site construction, because the system is delivered onsite as a pre-fabricated, prepackaged container,” says Beadle.

Because they can be designed for feedstocks and production volumes, and are simple to build and maintain, digesters are increasingly being used in developing countries to create energy at the single-family scale. BioD, part of a Washington, DC-based start-up incubator called Hatch International, is using digesters to turn farm waste into usable energy in Madagascar. This is expected to significantly reduce the amount of wood burned for cooking, which will slow the rate of tree-cutting, improve air quality, and help families save money.

“Our design is unique in that it’s small enough to serve a single household, and can even be picked up and moved around,” states Caroline Angelo, an electrical engineer and co-director of BioD. “Since everything is above ground, it’s easy to troubleshoot and repair if necessary.”

Anaerobic digesters are also being used to facilitate human waste disposal in impoverished countries that have insufficient sanitation/sewage facilities. For example, less than 30 percent of India’s population has access to toilets. Untreated human waste, often left out in the open, is responsible for outbreaks of serious diseases such as dysentery, diarrhea, viral hepatitis, cholera, and typhoid. A company called DRDO has perfected a biodegradation technology that converts human waste into usable water and gas in an ecofriendly manner. The gas can be utilized for energy/ cooking and water for irrigation purposes. The digesters can be customized to meet the requirements of a specific region and demography; they are also being installed on passenger trains in India to improve onboard treatment of human waste.

Learn about the latest trends in energy solutions at ASME’sPower & Energy Conference and Exhibition.