An Energy Grid with a Mind of Its Own

An Energy Grid with a Mind of Its Own 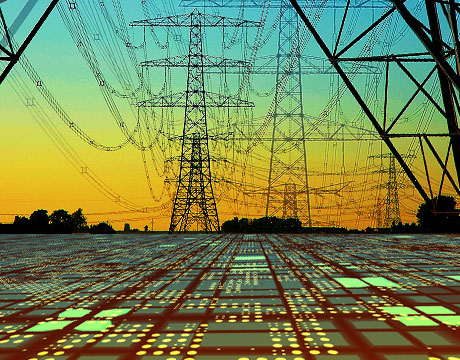 The United States’ energy grid needs immediate attention and the federal government’s Quadrennial Energy Review can help if carried out correctly, says Alan Snook, president of Grid20/20, which makes sensors and software to monitor the grid.

In 2015, the Obama Administration released the first part of its Quadrennial Energy Review (QER) and also allocated $72 million in U.S. Department of Agriculture loans for smart grid and solar projects in rural areas.

“The grid has obvious problems that need support on the federal level,” says Snook. “We’ll deal with it now or later. The cost is higher and risks are greater if done later. Kicking the can is a bad idea.”

The QER focuses on modernizing the grid, expanding energy storage, and promoting interoperability with grid technology. The report looks at transmission, storage, and distribution infrastructure that the administration defines as: “The networks of pipelines, wires, storage, waterways, railroads, and other facilities that form the backbone of our energy system.”

The report also addresses concerns over how to integrate renewable energy onto the grid, the administration said.

When fully realized, the smart grid will perform as an automated energy-delivery network that monitors all the players in the network, from power plants to customers to individual appliances. By monitoring all aspects of the network, the grid will deliver real-time information and enable the near-instantaneous balance of supply and demand down to the device level, according to the according to the U.S. Department of Energy.

The grid will include smart meters placed on homes that track energy usage and immediately return that information to utilities, and will also include many other component technologies including phasor measurement systems. These systems sample voltage and current many times a second at a particular location to provide a deep-dive look at the power system in real time.

Once completed, the grid will let utilities base energy prices on their delivery costs and offer a range of options, including for peak use. Data collected can also be used to program machine learning algorithms that will incorporate energy users’ desires (based on past use) into the grid.

Households may save money by having use automatically scaled back when peak demand is high, for example, according to the DOE. For that household, control mechanisms that run dishwashers and laundry systems and that raise air conditioner settings would go into effect during times of peak demand, for example.

All this calls upon the Internet of Things (IoT) model, which uses sensors and software to monitor a system in real time and continually report back about findings. In essence, the smart grid could be said to be part of the IoT.

While the DOE says the smart grid is still several years away from realization, many utilities are installing smart meters for their customers and otherwise taking steps to bring real-rime systems monitoring to their energy networks.

The USDA loans are intended to help rural utilities participate in smart-grid readiness projects, according to the report, and Snook says those utilities could use the federal funds. Their customers are also hard hit by storm-related power outages, he adds.

“The grid is subject to windstorms, snow damage, pole damage, and trees hitting lines. That's stuff happening every day in the distribution space,” he says. “That's the most dynamic and volatile space on the grid. That’s where the problems are that need to be addressed first.

“The QER comes right down the center of all this important stuff–the reality of the infrastructure problems and struggles and challenges, whether storm related or otherwise, and it's driven by federal funding, whether low-cost loans or grants or both,” he adds.

QER implementation is a stepping-stone process, Snook adds. It should start with technologies that aid the distribution system already in place.

Since full-scale energy grid replacement is fiscally and logistically impractical, utilities should leverage emerging technologies to overlay the existing platform, he says.

“People can say, ‘You're obviously very biased,’ because I work in that area, but it's that area of the power grid that has the most problems and the biggest area of opportunity and gain,” he says. Grid20/20 makes sensors and software to monitor and analyze grid activity such as voltage, current, and temperature changes.

For Further Discussion
The grid has obvious problems that need support on the federal level. We’ll deal with it now or later. The cost is higher and risks are greater if done later. Alan Snook, president, Grid 20/20