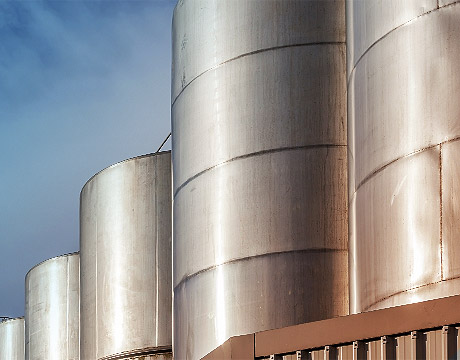 Pirouz Kavehpour, professor of mechanical and aerospace engineering at UCLA, is part of a team trying to combine compressed air storage and thermal energy storage into one advantageous system.

“Compressor energy storage works cheap when you have an alternative source like solar or wind,” he says. “You store high-pressure air in a container and when you need it, then you just deploy the pressurized air to a turbine to use for electricity. The problem is that to have a system that is useful, it has to be high efficiency and has to work in very high pressure.”

A major obstacle is when you compress air, you automatically get a lot of heat as the pressurized air temperature will go up by a large amount, he says. The challenge is that you need material that can maintain the integrity in high temperature and high pressure, which can make the process very expensive. “It has to make economic sense. When you store energy and want to use it, you always lose part of the energy you stored,” he says. “Also, compressed air systems in these situations require designing all the components for them. When it’s not off the shelf, that also can be a large expense.”

Kavehpour says his team’s compressed air/thermal energy system started with building a 1 kilowatt version in a lab, after which they were given a seven-figure grant from the California Energy Commission to build a 74 kilowatt system to run for six hours, he says.

“For the 1 kilowatt version, it was basically a compressor and a tank, then a thermal storage unit attached to it,” he explains. “It also involved a turbine that’s basically a motor that’s connected to a generator. It’s a proof-of-concept system where if you balance your energy storage between the thermal storage and the compressed air, you’ll gain that higher efficiency but also, the design is keeping it much simpler.”

This can work as a standalone storage system or it can be attached to alternative energy, including solar, he says. “It’s good to charge the system but then spread around the energy it gives throughout the day,” he says.

The ultimate goal is to go toward the commercial base but he insists they’re going to be patient in their process. “There’s already the idea of design for a larger scale but going step by step is a good way to understand the system best,” he says.

For the future, Kavehpour also sees the work as possibly being a key help in the maintenance of the grid. “If you think of places like New York, they have high power needs but the grid is old and costs a lot of money to upgrade. It’s important to consider that this technology doesn’t use CO2 production, it’s not burning anything, and there aren’t even any chemicals involved. And I think the system can have a lifetime of 40-50 years, much more than batteries. I definitely like where it’s heading.”

For Further Discussion
It’s important to consider that this technology doesn’t use CO2 production, it’s not burning anything, and there aren’t even any chemicals involved.Prof. Pirouz Kavehpour, UCLA