A Virtual River for Mental Health

A Virtual River for Mental Health 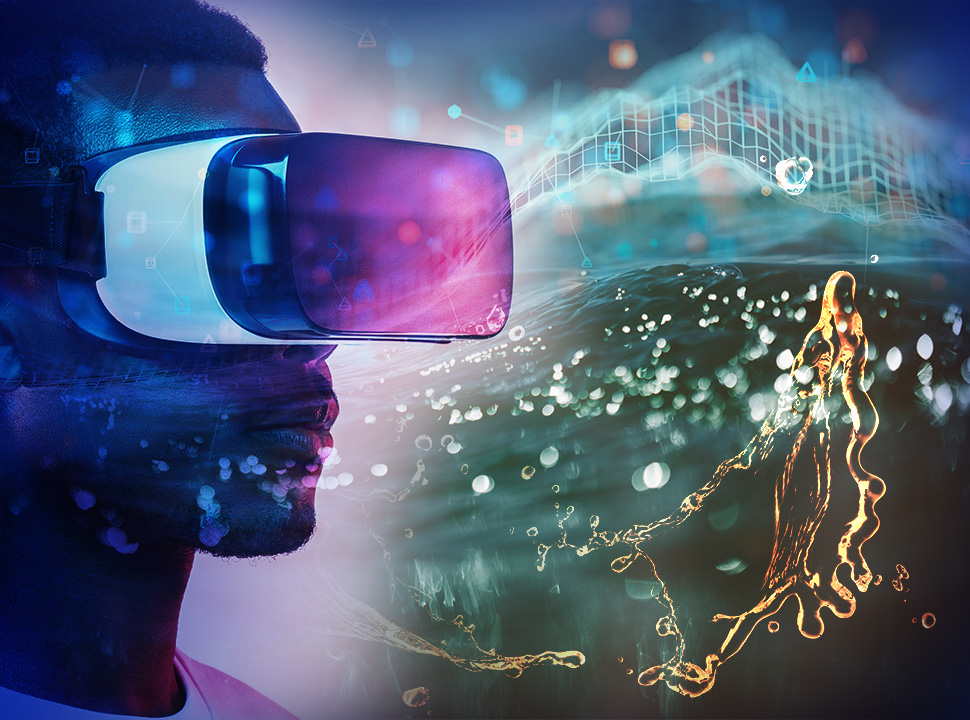 Hunter Hoffman pioneered VR for pain control. The “VR craze” has helped him take the technology in new directions.

Engineering Services Technology and Society
Virtual reality has progressed by leaps and bounds since 2017—the year Facebook invested around $2 billion in the technology, according to the mechanical engineer who pioneered the use of VR for pain control. That investment, coupled with the stir-craziness people felt during the pandemic, touched off a “VR craze,” that has implications well beyond the gaming world.

VR has a role in a growing number of healthcare and mental health applications, including those to help reduce pandemic-induced anxiety, said Hunter Hoffman, a mechanical engineering professor at the University of Washington. He’s spent the past 25 years pioneering the use of VR for pain control.

Recently, he’s studied how the technology could aid meditation and mindfulness.

More for You: Quiz: How Augmented and Virtual Reality are Enhancing Manufacturing

His introduction to the relationship between virtual reality and mental health came via a phone call in the late 1990s. On the other end of the line was a psychologist who knew of Hoffman’s work with the then-fledgling technology. Even so, it was a strange call for a mechanical engineering researcher to receive. That became even clearer as the therapist told Hoffman of his patient with severe spider phobia.

In response, Hoffman designed SpiderWorld. Based on exposure therapy, a psychological treatment where patients are exposed to their fears in a safe environment, SpiderWorld exposed the patient to virtual spiders in a specific and carefully constructed sequence of events, Hoffman said.

The treatment was a huge success.

“She had been duct taping her doors at night to keep the spiders out,” Hoffman said. “Afterward, she was able to hold a live tarantula.”

That patient come to be known as Miss Muffet in the journal articles Hoffman would write after he’d created SpiderWorld, a VR application that cured her. Miss Muffet’s plight “opened my eyes to the role VR has in the clinical perspective,” Hoffman said.

Hoffman went on to spearhead the use of virtual realty for pain treatment. He developed SnowWorld with David Patterson, a University of Washington associate professor of rehabilitation medicine who works with burn patients. SnowWorld is an immersive experience for burn patients. They enter the virtual world while they receive wound care in the actual world. In SnowWorld the patients throw virtual snowballs and make virtual snowmen. Externally, they undergo one of the most painful experiences possible.

With his latest VR application, Hoffman has moved back to mental health help. The application will aid with mindfulness. Though somewhat of a buzzword, mindfulness can genuinely help reduce pain, both physical and mental, he said.

The application, RiverWorld, takes users into a calm, immersive world in which they can watch the river flow by.

Hoffman is collaborating with Marsha Linehan who developed dialectical behavior therapy, the only psychological modality shown to help people with borderline personality disorder. Hoffman and Linehan have published two studies: one that demonstrated the successful use of VR to treat borderline personality disorder and the other that showed VR could reduce anxiety in burn patients.

“There’s a lot of side effects of COVID, a lot of need for mindfulness,” Hoffman said. “This craze for VR is a powerful way to deliver it.”

He’s seen the acceptance of VR for acute pain and for exposure therapy and the burgeoning acceptance of its use for mindfulness. What’s next?

“Some researchers are getting encouraging results using VR to treat chronic pain,” he said. “It will probably work for some types of chronic pain and not for others.”

Meanwhile, he welcomes the VR craze, which he says will be the next “new thing after the internet.”

“Basically, I used to have a monopoly,” Hoffman said. “I was the only one studying VR and pain. But now we have a lot more brain power contributing to these studies, so advancements will be coming faster and faster.”

Jean Thilmany is a freelance writer in Saint Paul, Minn., who writes on technology and engineering.