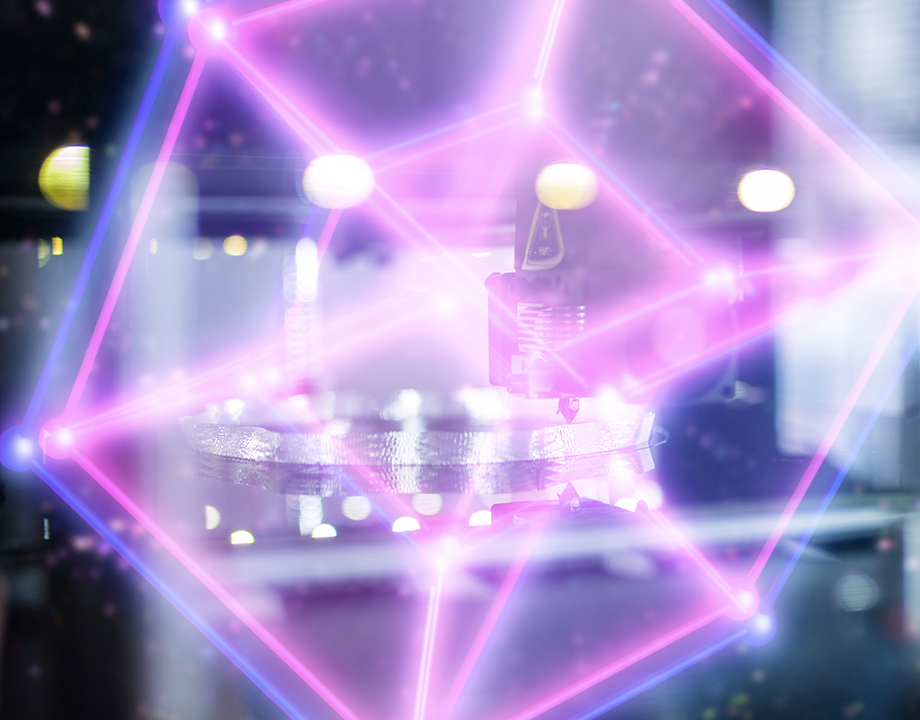 A Morphing Nozzle for the Fourth Dimension

4D printing is still very much an application in development, and it revolves around the printer. One nozzle lays down many layers in 3D printing. For 4D printing you’ll need as many nozzles as conditions you hope to achieve.

The application produces objects that can fold, bend, grab, shrink or expand, among other transformations, long after they’ve left the printer. Think self-assembling boxes, robotic grippers, and deformable wings, all kicked into action by changes in light, temperature, humidity or magnetic field. But multiple materials are needed to make such magical morphables, and that means a complicated multiple nozzle setup.

But now researchers at the University of Maryland have created a single nozzle that can produce 4D objects on its own. The key to the technology is that the nozzle itself morphs as it prints.

When balloons inflate around the nozzle, they constrict the inner cylinder, orienting alignment of fibers in hydrogel as they print.
“We set out to improve the tuneability—and therefor the control—of a 4D-printed thing by varying the material properties continuously,” said Connor Armstrong, a researcher at the school when the nozzle was created, and now a graduate research assistant at The Georgia Institute of Technology. He envisioned a nozzle that could change shape to alter the orientation of the fibers it was printing, making, ultimately, an object of a single material but multiple properties.

The actual mechanics of Armstrong’s nozzle are simple: It’s essentially a flexible cylinder surrounded by four bellows or balloons. Each of the these has a rigid section that faces the cylinder. When the balloons are inflated, the harder area presses against the cylinder, deforming it. To keep the nozzle from being degraded by heat, it prints a hydrogel full of fibers rather than a polymer.

More for You: Slither and Squirm: Snakes Inspire a 4D-Printed Design

“My grandma is 90 and she understands how this nozzle works,” said Ryan Sochol, a professor of mechanical engineering at the university, who worked with Armstrong on the project. “It’s not rocket science, though work in nozzles is something we borrowed from aerospace engineering.”

That’s not to say there weren’t hurdles to overcome. “We definitely went through a bit of a design process,” said Armstrong, who developed the idea as part of his master’s thesis, and published it in the hournal Advanced Materials Technologies. “Under the pressures that we needed, the balloons would leak or rupture over a couple of uses.” To fix that he had to vary the thickness of the balloons and the cylinder.

The team used the nozzle to investigate if they could alter the swelling behavior of a printed part in water. New materials are capable of anisotropic expansion—swelling in one direction more than another—and isotropic expansion, or swelling identically in all directions. Switching between the conditions generally requires researchers to print with multiple, different materials.

Their work showed they could print with a single material and transition between anisotropic and isotropic swelling simply by changing the nozzle’s shape during printing.

The fabrication of the nozzle was as innovative as the nozzle itself. The team used the PolyJet printing process, which allowed them to lay down soft and rigid materials side by side with each layer. “It’s like using a color printer, but instead of printing one page, it’s a page on top of a page on top of a page,” said Sochol. That process also came with its own challenges, chief among them the removal of support material. Every void of the nozzle, including the interior of the delicate balloons, was filled with polymer that needed to be discarded. To get it all out, Armstrong relied on a combination of finger power, guitar strings, water jets, and, finally, an hours long bath in sodium hydroxide.

Further development of 4D printing with the new nozzle is essentially on hold because of the pandemic. But the technology has the potential to transform, and democratize the still young field. Sochol is especially enthused by the possibilities it opens for medicine.

“Imagine something like a stent,” he says. “It would expand on its own to be the right size, maybe a perfect match, for the shape of your arteries.” But there’s much work to be done before such a stent becomes a reality. “4D printing is still nascent,” he said. “It’s still doing some soul searching.”

Michael Abrams is a technology writer in Westfield, N.J.