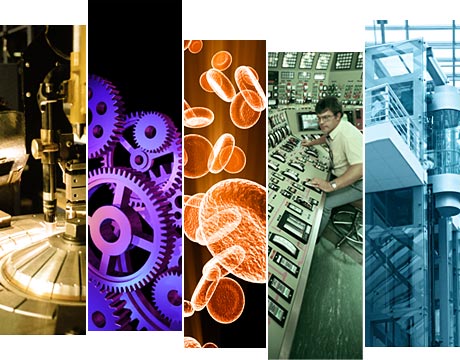 A Look at Engineering as a Profession

Engineers are optimistic about their ability to meet global challenges over the next 10 to 20 years and expect to do so by working in increasingly interdisciplinary teams of professionals. A survey: The State of Mechanical Engineering: Today and Beyond, conducted by the ASMEusing society members and nonmembers in engineering-related positions,also reports engineers believe they will require additional competencies and skills outside of the offerings in current degree programs.

The survey, conducted in 2011 when unemployment was higher than today and the nuclear accident at Fukushima in Japan was commanding headlines, shows most respondents still showing optimistic to moderately optimistic views about engineering's ability to meet global challenges. That view holds across career and supervisory levels, although there are exceptions. Only 34% of respondents felt good about the aerospace industry, where the space shuttle program is winding down and the industry is downsizing.

Survey respondents identified energy and related areas such as sustainability or renewable energy as an engineering discipline they considered to be the most cutting edge over the next two decades. Close behind are bioengineering/biomedical, nanotechnology, and water.

Engineers also were asked which, if any, disciplines or areas would become more prominent, and classify them as "fading," "enduring," or "emerging." Medicine and nanotechnology again were significantly supported in the "emerging" category. No more than 24% of respondents for any category believed them to be "fading."

Similarly, engineers were asked to categorize a list of tools and techniques in the same manner. Few respondents believed any to be fading. "This finding suggests that, in the opinion of the modern engineer, the current skill sets remain robust and relevant to meeting today's needs, and that those skills are expected to continue to serve them well into the future," say the authors.

Many of the skill sets were categorized often as "emerging" and "enduring," suggesting that respondents feel technologies such as motion simulation, animation, and virtual prototype creation are now cutting edge but will continue to play a strong role going forward. More mature technologies such as 3-D CAD, computational fluid dynamics, finite element analysis, and project management are considered growth areas while a large percentage of engineers believe Six Sigma, ISO certification, and MathCAD to be "enduring."

Basic engineering disciplines will continue to be indispensable, according to the report, and communications skills together with those in computer software are critical for success. Early career engineers place greater importance on computer programming and software skills, while mature or senior engineers focus more on communication.

"Engineers will need to have the skills to communicate their designs through all types of electronic and data communications," said one respondent. "The engineering world is becoming more electronic and digital every day."

Respondents believe communications skills such as business writing, technical writing, public speaking, and presentation preparation will be even more critical as engineers work in and among more varied groups. The skills needed to successfully work in global, borderless markets and to understand and manipulate economics also include knowledge of languages and culture. "This indicates a strong belief among respondents that these market trends will continue at a rapid pace or possibly accelerate, requiring engineers of the future to focus on developing what they see as crucial global relations skills to keep pace," states the survey.

Rising energy and environmental needs and challenges are expected to take up a lot of engineers' practice in the coming decades. Respondents cited renewable energy sources, with solar and wind as the primary technologies, along with nanotechnology as areas where engineers will require more training and knowledge. Other industries related to energy and environment are also highly ranked. They include green building technology, energy storage, smart grids and greenhouse gas mitigation, among others.

The most conspicuous note of pessimism is in doubts about being able to sufficiently deal with the needs of expanding populations in developing areas of the globe, particularly in sanitation, clean water, and food. To combat this, engineers expect to further interdisciplinary training and work with interdisciplinary teams that include non-engineers. Improving such skills will be key to success.

Engineers will need to have the skills to communicate their designs through all types of electronic and data communications. The engineering world is becoming more electronic and digital every day.Survey respondent