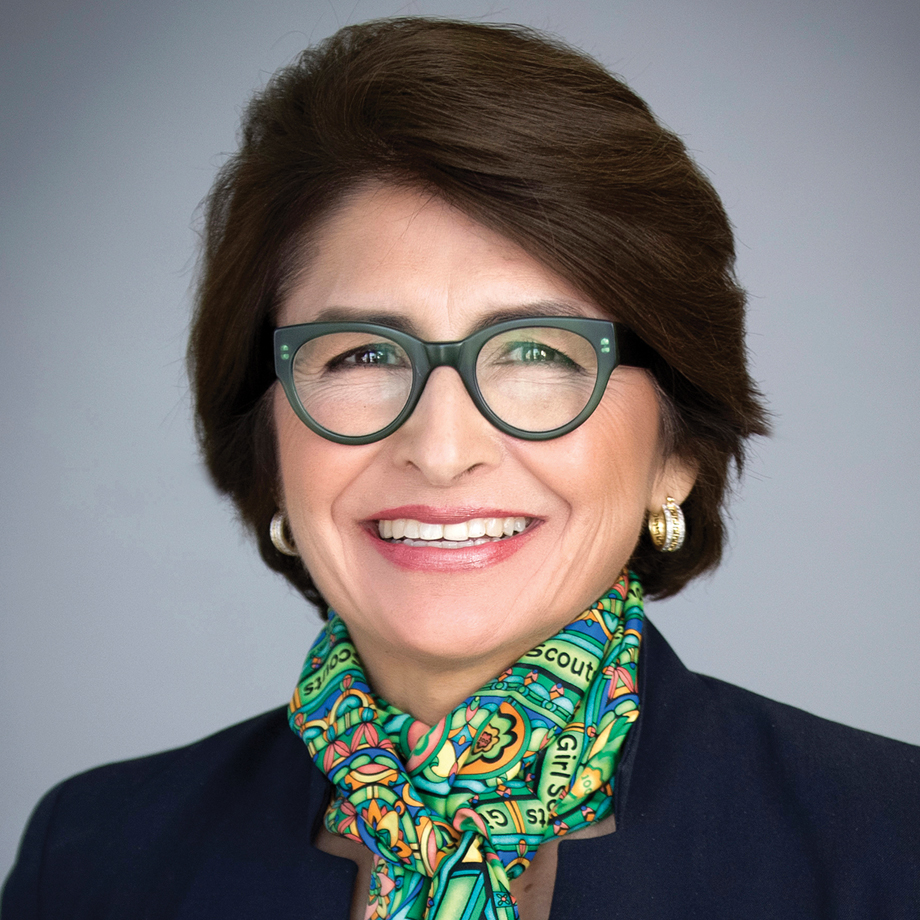 Building Equipment Contractors Business and Career Support Engineering Services
Sylvia Acevedo is the former CEO of Girl Scouts of the USA, the largest girl leadership development organization in the country, and an entrepreneur, engineer, rocket scientist, author and more. Acevedo started her career as a rocket scientist at the Jet Propulsion Laboratory where she worked on the Voyager mission’s fly-by of Jupiter and its moons and the Solar Polar/Probe missions. As an engineer at IBM, she led the redesign of state-of-the-art manufacturing facilities that became an international showcase. Leveraging her technical training in the technology industry, she served as an executive with Fortune 100 companies Apple, Autodesk, and Dell. She holds a master’s degree in systems engineering from Stanford University where she was one of the first Hispanics, male or female, to earn a graduate engineering degree. Acevedo earned her bachelor’s degree in industrial engineering from New Mexico State University.

Q1: You were one of the first in your family to go to college and study engineering. How was childhood like for you and when did you know that you wanted to be an engineer?

Sylvia Acevedo: It really wasn’t common for girls like me, especially girls of my background in southern New Mexico, to go to college and then become an engineer as well. I realized that my love of science and math became kind of a passion of mine through Girl Scouts first, by looking at the stars and then making a space rocket, and realizing I could do it even after I failed a few times. The design thinking, problem-solving skills that I learned then gave me the confidence. With that I started at an elementary school thinking, “I can do science, I can do math,” and began applying myself in those subjects. And like anything that you apply yourself, you get better at it; the better I got at it, the more I did it. That was a very formative experience for me. I kept taking harder and harder electives in middle school and high school. Then I realized that I liked it so much, I could make a profession out of it. That’s when I looked at a college catalogue and saw engineering and systems thinking, the blend of putting people processes and systems together, that really spoke to me. That’s how I decided to become an engineer.

Q2: From studying systems engineering at Stanford to joining NASA’s Jet Propulsion Laboratory as a rocket scientist did you find the environment at both encouraging for a Latino woman engineer?

S.A: I did work study internships through my undergraduate. One of the first opportunities I had was in testing engineering at Sandia National Labs. When I showed up, there were no bathrooms for me at all. It was sort of like that movie Hidden Figures. You had to go run, find a bathroom, and run to it. So I discovered where the closest ones were and then I brought my bike to work and I didn't drink much fluids. I would carefully plan my breaks, so I could ride my bike to the nearest bathroom. After weeks, they finally decided I wasn’t going to quit, and brought me a brand-new white Porta Potti and it said “Hers” on it. When you think about it, some of the basic things like that, not even having bathrooms, or you’re not welcome here, are the kinds of things that could dissuade many people. Luckily for me, I had that drive to be an engineer and to be persistent and resilient—some of those very important skills I learned as a young Girl Scout. When I was at Stanford, it was still very unusual. I am racking my brains trying to remember any Hispanic students in my classes. So that really was challenging.

For more on this topic: Girl Scouts Journeys Focus on STEM Education

Q3: During your tenure as CEO of Girl Scouts, you led the organization’s largest rollout of new Girl Scout badges, 125 more badges and award programs–now totaling 304. These include 117 new STEM badges including cybersecurity, robotics, design thinking, coding, data analytics, and space science. What was the motivation behind these badges?

S.A: I am passionate about bringing more girls the opportunity to learn STEM skills. When I was developing these badges, one of the first things we did was a lot of focus group research in all parts of the countries, rural, urban, suburban, different ethnic graphics. As we did our focus groups, we saw that many of the girls are using mobile devices and they didn’t want to just be the users of them. They wanted to be the inventors, the creators, or the designers. So much of STEM programming has been designed around how boys learn and around things that boys are interested in. When you are trying to get a girl interested in a nontraditional topic like STEM, you first have to get her interested. In the case of Girl Scouts, we have looked at all of our curriculum, and started from the point of view of how do we make this interesting for girls? And from there we built on to from how do you make them interested? And once they are interested, then you build on their confidence. Once you build on their confidence, then you build on competence. That approach has really worked. We were having tremendous success with our badges, with over a million STEM badges earned last year in 2019. Girls are earning cyber badges at about 8,000 per month, even with all the restrictions of sheltering in place. 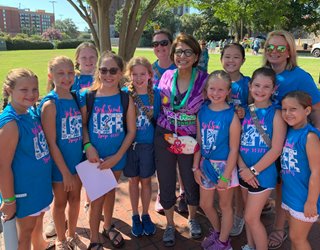 Sylvia Acevedo with Girl Scouts of Historic Georgia. Photo: Girl Scouts of the USA
Q4: There has been an increasing effort across the U.S. to boost the number of female students to pursue STEM careers. What more can be done?

S.A: I will say that making it more family friendly is important. So I think really thinking about that extra workload that you have, but then within a work environment, making sure you are giving women challenging assignments, but you are also giving them the support with it. I know that in different times in my career, I had mentors who really helped me overcome some learning opportunities in a corporate setting. That is very important to have; also, for women to have organizations that support their professional development, and to really help groom them to take on more challenging assignments. There have been several times in my career that I have had to be incredibly persistent. I credit the Girl Scouts cookie program for teaching me the value of not taking no until you have heard it at least three times. Because several times in my career, I had wanted opportunities and I was told “no” and I kept coming back. Sometimes when women hear the “no” they think that means never. But you have to continue to be persistent, resilient, and bring in resources to help you as well.

Q5: If you had one advice for young engineers, especially women, aspiring to pursue a career in STEM? What will that be?

S.A: Being clear on what you want, and then convincing yourself that you can do it because once you have convinced yourself that you can do it, you can’t be stopped. And I say that because one of the things in my career that I really wanted was to have international experience, so I had this opportunity that I had to work very hard at it, breaking down every objection before they finally let me have this opportunity to manage and direct Latin American sales for a technology company. I remember sitting in a hotel in Caracas, Venezuela, and I realized I was going to have to go do this big product introduction about our new networking products in Spanish to 100 of our resellers and dealers all throughout Latin America. And I remember thinking, I am there… and this is what I had been envisioning. So I say to people, be really clear what it is you want, and then figure it out. What is it going to take to get you there? Because you have made that decision that you are going to achieve it.

Q6: When you think about Girl Scout badges, which is your favorite?

S.A: I think one of my favorite badges, to be honest, is the brownie badge, because it’s really an homage to what my experiences were in Girl Scouts. My troop leader helped me identify that those twinkly lights up in the sky were actually stars and planets in the constellations; part of earning that badge, you have to start naming a planet stars and constellations. But also the older girl badge for the space science is important to me because it’s important for an older girl to see mentors. And so part of earning those badges is that you know there are questions about the universe and the complexity of the universe. So while we wanted girls to think big and to wonder, but we also wanted them to identify other female trailblazers in space science that have gone ahead of them, so that they realize that it’s OK to think and wonder and try to solve these big problems as there are other women who have done it as well.

Listen to the full interview with Sylvia Acevedo in an episode of our podcast series ASME TechCast.