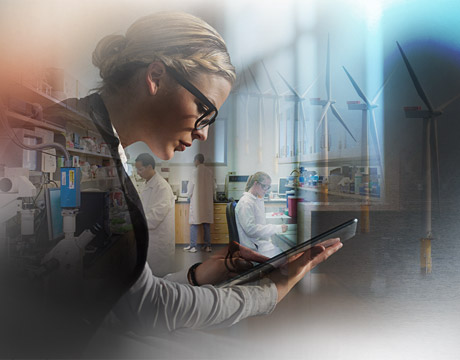 5 Areas to Consider for Jobs in Wind

A career in the wind power industry is not always a first choice for mechanical engineers. But there can be job opportunities for those with vision. Here are five areas to consider:

“Jobs with these firms run from due diligence, to sighting analysis, to even analyzing data,” says Jon McGowan, co-director of the Wind Energy Center at the University of Massachusetts-Amherst, along with being a professor of mechanical and industrial engineering at the school. “You’re putting up instrumentation for measuring the wind resource and doing machine design. They need qualified people who can help them with reliability of machines.”

In this area, they are designing experimental systems and they need people who are transmission experts, McGowan says. “One of the weak points in a utilities scale wind turbine is the transmission,” McGowan says. “They get stressed with ups and downs and a transmission expert would study the gear design and the stresses they’re exposed to like with airplanes and the fatigue cycles,” he adds. According to R. Andrew Swartz, assistant professorin the department of civil and environmental engineeringat Michigan Technological University, “In that environment, the individual research projects may study a number of issues related to wind turbines, including chartering their power output.”

“Mechanical engineers have designed programs for wind turbine placement or use existing programs to predict what the performance will be,” McGowan says. Swartz believes there’s a great deal of work in increasing reliability and decreasing downtime. “This either means trying to detect problems in the turbine in the power generating equipment, particularly the gearbox, or just building or designing a better version of these components and go longer between maintenance,” he says.

“This involves figuring out the towers, where to put them, where to place them. You’re also considering soil conditions if mounting to the bottom and there’s also the challenge of floating wind,” McGowan says. Swartz says that there are bigger opportunities internationally. “The Netherlands, the UK, and Germany are very interested and there’s a fair amount of shallow water installation going on,” he says. “You’re starting to see prototypes being built for deep-water towers. Internationally, there’s a lot to be done in aspects like structural analysis and stability analysis. It’s not totally understood how wind and the wave systems are going to interact. There are models for wind structural interaction but putting them together still requires a good amount of research.”

But there’s also the money to be considered. Banks may find themselves concerned about whether they have a possible case of a borrower promising more than they can deliver, says McGowan. “A mechanical engineer can offer an assessment by looking at what machines they’re using, the wind resource, and other areas,” he says. “There can be a good amount of money at stake and they can be a valuable asset here.”

For Further Discussion
A mechanical engineer can offer an assessment by looking at what machines they’re using, the wind resource and other areas.Prof. Jon McGowan, University of Massachusetts-Amherst