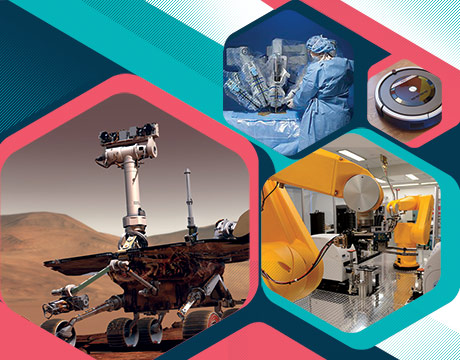 Once, advanced robotics was a futuristic science fiction tale—in the mix with the jetpacks we’d all be using to fly to this place and that. But, unlike some other dreams from sci-fi magazines of the 1940s and 1950s, robotics hasn’t been grounded.

There are still key moments in this evolution which slowly seeped into our consciousness, hitting on every area from the consumer to the medical profession. To list them all would be tough, but here are a few that, in their own way, were watershed.

1. This Machine is Clean

It can hurt your back, it can bore you to tears. Welcome to the fun that is vacuum cleaning. But one robot was out to change that: Roomba, a household appliance countless people love. But how can a robot that cleans floors be that important? It’s what it represents. Automation had to do with making lives easier, creating time for other things. And it seemed it had passed us by. Roomba started passing people by in their house, on its way to cleaning another room’s dirt. “It’s so progressive in the sense that not only does it go around and does a service but it also is sensitive to the area and it goes back for recharging,” says Nina Mahmoudian, assistant professor of mechanical engineering at Michigan Technological University. “It’s representing something that roboticists aspire to, having robots that are functional and are independent of humans especially for energy maintenance.”

Unimate started its own version of the industrial revolution as the first industrial robot in the early 1960s. An aid for General Motors, it’s part of the reason so many products are so rapidly available today—and some think if not for the industrial side, robotics may have disappeared as merely a creation of the moment. “If not for robots making strides in industry, I don’t think robotics would have existed today,” says Mahmoudian. “It brought a shape to it—it helped people better understand its possibilities. It could make it clear through seeing numbers in business.”

3. A Mona Lisa among Machines

The accuracy of a robot at work, the know-how of the surgeon, the savings to the individual—all these things come into play with the robotic-assisted surgery invention known as da Vinci, allowing with its curvatures to get where human hands couldn’t inside the body. “That was a breakthrough—having something very functional and something that can change the surgeon’s role,” says Reza Langari, director of the Laboratory for Control, Robotics, and Automation at Texas A&M University.

“It was unimaginable and da Vinci made it possible—and now you can search for robotic assisted surgery and feel a much greater sense of trust in the process because of its success,” says Mahmoudian.

4. Not from Around Here

NASA may have massively switched gears but its innovations will affect us forever. The Mars Rover was simply a robotics breakthrough—ahead of its time, regardless of whether Matt Damon and his team from “The Martian” are the only humans to ever walk on the fourth planet from the sun. “The last launch—that was so challenging as a mission and the success in landing and the deployment was inspiring ….” Mahmoudian says. “When I was watching it, I was thinking this is really a dream come true for any of us. I thought 10 years than this was impossible and now we want better and longer. Then the idea will expand, that is why that was a great moment in robotics. It autonomously moved in a hostile environment and you see the outgrowth today. We have robots that move to disaster sites better than ever and many move on trams and wheels and manipulate in various different ways …. We take a piece of Mars back home in the success of the rover.”

If not for robots making strides in industry, I don’t think robotics would have existed today.Prof. Nina Mahmoudian, Michigan Technological University