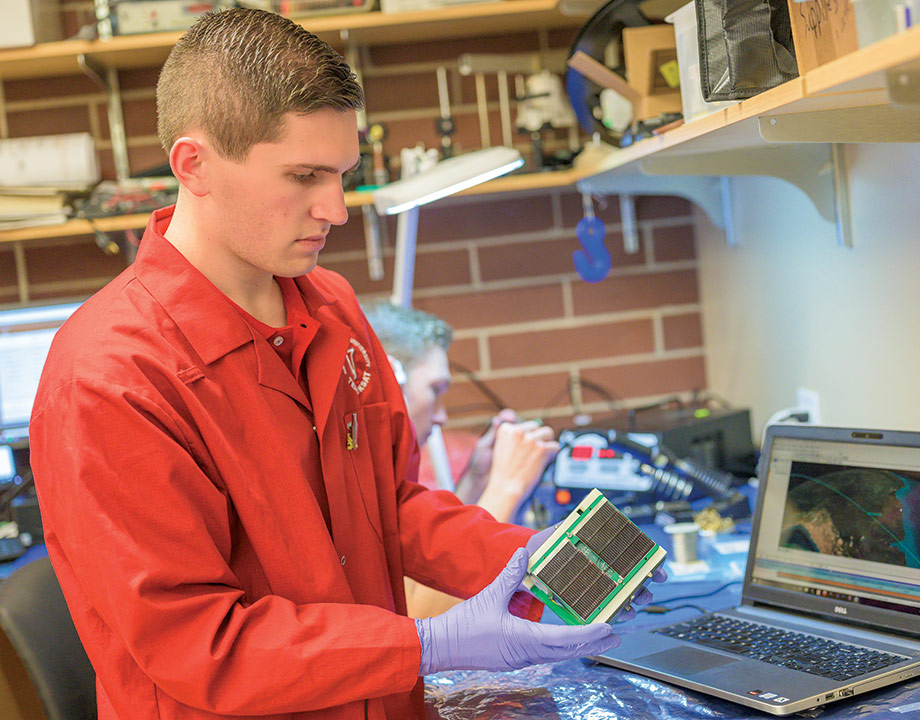 Ben Campbell is working on a satellite that will be the first ever to be assembled and deployed in space. Photo: WorldSkills 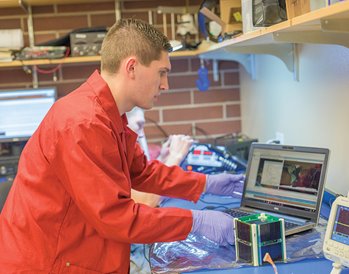 WorldSkills is the Olympics of trade skills, where students from more than 70 countries compete in solving real-world problems. Campbell had to beat out his U.S. competitors in multiple levels of competitions to make it to Kazan.

But rising to this zenith is only one of Campbell’s accomplishments. He’s also been part of the Northwest Nazarene team that, with NASA, is about to put the first satellite to be 3D printed in space, in space.

The satellite, MakerSat-1, is more or less a duplicate of the now orbiting MakerSat-0. The predecessor, a birdhouse sized cube, had a few samples of plastics for 3D printing to see how well they stand up to the rigors of space. As a freshman, Campbell joined the team that put that satellite in orbit.

You May Also Like: The Little Rocket Engine That Could 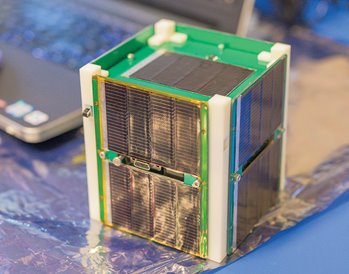 MakerSat-0 needed a metal frame to withstand the forces of a launch. Since MakerSat-1 won’t have to face the same G-forces, it’s lighter and screw-free. The components snap together using little protrusions, “like a Lego guy’s hands—claw shaped,” Campbell said. “The whole satellite can be assembled in six minutes.”

The first satellite also ran into some problems. It began having sudden power drops, most likely from a faulty solar panel. It would charge up till the battery had enough juice to start an experiment and then the battery would die again. So, for MakerSat-1, Campbell and his team built in redundant systems for different power situations. They also used flexible solar panels that have a better chance of withstanding the higher vibrations of a rocket launch.

Recommended for You: Top 6 Innovations in 3D Printing

When Campbell is not working on a slew of projects, he’s boning up on all things engineering for the WorldSkills competition in August. “There’s a mind-boggling amount of stuff I’m learning,” he said.

Campbell hopes to eventually put that breadth of knowledge to use helping other students launch things in space. “GPS used to be mostly for spying on other countries. Now it’s on your phone showing you where you are in the world anytime you want,” he said. “One thing that hasn’t gotten to that level is people being able to go to or send things to space. I would like to make it more accessible to the public, to make it easier for schools or companies to send things to space.”

And there’s one thing in particular Campbell would like to send there: “If possible, I would like to go to space myself,” he said. “I know the selection for that is very narrow, but I would totally do it if I could.” 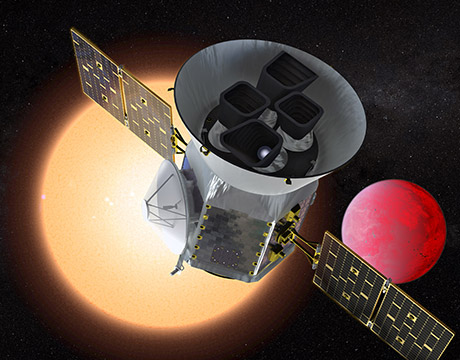