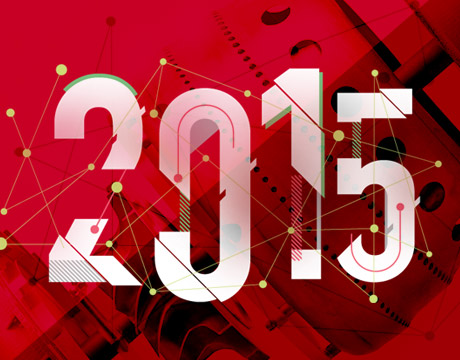 Each year, the ASME.org editorial staff looks back on the most important and impactful features of the past 12 months. In the past, we would rank these items based on traffic numbers and page views. However, this year, we decided to take a different approach, and bring readers the Top 10 features or “Editors’ Picks” based on our own internal vote.

To be sure, tastes and personal opinions vary greatly from person to person, but we believe the ten items below truly represent the breadth and depth of the engineering profession, whether it be in a nostalgic remembrance of Pearl Harbor or a futuristic look at a robotic, humanoid firefighter. We hope the list below reminds you of all those moments when you marveled in wonder at a particular technology or innovation over the past year. For it is these moments that create such fervent passion in the people who call mechanical engineering their profession.

In no particular order, here they are:

Written at year’s end to mark the anniversary of this history-changing battle, this look back at the mid-twentieth century technologies used on that fateful day will take many back in time.

Just about anything in the world can be 3D printed these days, but our astute readership found this story difficult to fathom. But it is true: A team in Australia 3D printed a working jet engine.

Mechanical engineers appreciate the past and those who came before them, and this look at how the Romans, Greeks, and Egyptians engaged the design process generated a great deal of interest.

4) The Shape of Food to Come

3D printing’s humorous – yet potentially immensely profitable – side was on display in this feature about all the shapes and sizes your next gourmet meal could come in.

5) The Beauty of Movement

Engineers can solve humanity’s problems and make people’s lives better around the globe, but they can also produce beautiful works of art, as in this feature about engineer/artist David C. Roy.

Capitalizing on all the buzz surrounding Hollywood’s runaway hit The Martian, ASME.org looked at some realistic designs for what the first habitat on Mars might actually look like, with interesting results.

Perhaps no field has seen as much excitement surrounding the possibilities of 3D printingas bioengineering. From printing organs to tissues to cartilage, the sky truly is the limit in this field.

8) An Urban Platform for Big Thinkers

SimCity has nothing on the researchers at the Center for Innovation, Testing, and Evaluation (CITE), who have embarked on a fascinating project to create a 22 square-mile model city to test new technologies.

The staff of Mechanical Engineering Magazine contributed this look at the move to take wind power far offshore, where opposition from seaside residents would no longer exist.

The idea that 3D printing is limited by the size of the printers may be vanishing with the advent of the enormous “Big Area Additive Manufacturing” (BAAM) machine.

Happy Holidays from the staff of ASME.org.

For Further Discussion
We hope the list below reminds you of all those moments when you marveled in wonder at a particular technology or innovation over the past year. For it is these moments that create such fervent passion in the people who call mechanical engineering their profession.