The aerospace and energy industries face the challenges of reliability, repeatability, and scaling up. 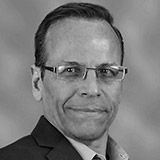 When you moderate a panel session, you get a chance to see up close how industry leaders think. (Or, as close as you can get in this age of virtual conferences.) The recent keynote session at ASME’s AM Industry Summit brought together leaders in both the aerospace and energy sectors, so I got to compare how these industries have incorporated additive manufacturing in their operations. While the panelists agreed that 3D printers must have capabilities that support industrialization, the conversation, from the onset, shifted to industrialization as a total-process challenge.

According to the aerospace industry representatives, Madeline Salazar, technology manager of additive manufacturing and digital manufacturing at Northrop Grumman, and Hauke Shultz, additive manufacturing roadmap leader at Airbus, design, delivery, and even measures like overall equipment effectiveness (OEE) were discussed in the context of total process rather than that of a 3D printer in isolation.

The key takeaway is that AM is not something that can be plugged into established, mature operations with an expectation that a viable, industrialized operations will spontaneously emerge. The 3D printer is a piece of a similar, yet quite different, workflow puzzle.

It is a single link in new, unique process chain.

The companies in these two sectors are also wrestling with process reliability and repeatability; product and process qualification; automation across the entire process; and uptime, to name a few. Markus Seibold, vice president of additive manufacturing for Siemens Energy, emphasized predictability. It is one thing to hone the process chain to an industrialized level for a specific component; it is another thing to get the process to produce first articles that meet demanding specifications without fail.

Shultz brought up the challenge of scaling up, by which he meant both expanding the candidate pool of applications as well as replicating industrialization across many 3D printers (or larger printers) to increase capacity. In both contexts, however, cost has been a limitation and AM must become competitive with traditional manufacturing processes, Shultz said. To expand the number of viable applications, costs must come down, and to scale up production rates, economies of scale must be present.

Likewise, as Salazar noted, to increase applications, the price must be right; but to decrease costs, there needs to be greater utilization.

Taking all this in, it became clear to me that the industrialization of AM is analogous to adding dramatically different manufacturing capabilities from the non-AM world. For example, expertise in CNC machining has limited applicability if a company were to implement die casting. So, the task of mastering the additive manufacturing process, in an industrialized context, is a major undertaking—one that is compounded by the gaps in the knowledge base that come with a relatively new technology.

More Insight from Todd Grimm: Diligence is Required When on the Hunt for Good AM Solutions

That is not to say great strides have not been made. Industrialized AM operations have been proven to be feasible, and all three companies have successfully used AM as a production solution. But the technology has a way to go before it is on parity with other manufacturing methods. Salazar and Seibold thought AM had reached 80 percent of the level of maturity of CNC machining, while Shultz thought it was only halfway there.

While there was much agreement in the discussion, one point of departure between energy and aerospace came from the question of how long it will take for AM to be on par with traditional processes. According to Salazar and Shultz, it may take 10 to 20 years, but in the energy industry, Seibold believed it could be as little as one to two years.

Achieving industrialization on that time scale would be a real revolution.

Todd Grimm is president of T. A. Grimm & Associates, an additive manufacturing consulting and communications company, and a 30-year industry veteran.