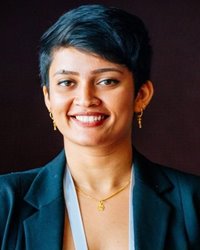 Aditi Gupta 2022-2023 ASME Congressional Fellow
Aditi Gupta, PhD, works at the intersection of science, technology, and justice. As a Science and Technology Fellow in the Gender Equality and Women’s Empowerment Hub at USAID, she focuses on technology and human rights, particularly gender equity and gender-based violence (GBV). Dr. Gupta manages USAID engagement on technology and gender issues with interagency and multilateral stakeholders. She has established public-private partnerships and designed development programming to address technology-facilitated GBV globally. Prior to her work at USAID, she founded programs and instituted policies to increase representation and equity for underrepresented students in higher education. She also organized entrepreneurship workshops in developing regions of Latin America and Asia to democratize access to educational and funding opportunities for local students and entrepreneurs. Dr. Gupta earned her PhD in Medical Engineering from MIT in human-technology interaction. Subsequently, as a postdoctoral researcher at the Scientific Citizenship Initiative at Harvard Medical School, she investigated academic culture change, exploring how programming, federal policy, and institutional networking strategies can serve as levers of change to increase civic engagement in the scientific enterprise. Dr. Gupta aims to continue working at the interface of technology and society to advance just and equitable technology access, governance, and use.

Elisabeth Deeb 2022-2023 ASME Congressional Fellow
Elisabeth Deeb is the Vice President of Business Development for T&M Associates, a technical and marketing consulting firm specializing in localization, reshoring supply chains, and economic ecosystems. She has led and managed several projects for T&M Associates across a range of industries, from oil and gas to automotive, green energy, advanced manufacturing, robotics, nanotechnology, music technology, and entertainment. She is a consultant to clients on localization strategy and design, including advising on ADNOC’s ICV (In-country Value Addition) and Armco’s iktva (InKingdom Total Value Addition) programs. She also identifies and communicates advances in technology and their possible impact on business opportunities globally.

Elisabeth is the current Southeast Region Leader for ASME. Elisabeth was the 2020-21 ASME ECLIPSE intern for the History and Heritage Committee as well as the Chair of the Atlanta Section. She also served on the OTC Next Wave committee for young professionals in the Oil and Gas industry. She also serves on the Industry Advisory Board for Kennesaw State University’s Mechanical Engineering Department. Elisabeth received her B.S. in Mechanical Engineering and her M.S. in Music Technology from Georgia Tech. 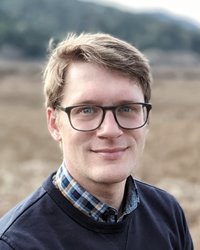 Julien’s graduate research at Lawrence Berkeley National Laboratory focused on developing renewable energy technologies for emerging economies and environmental sensors for wireless networks. Julien was a Fulbright Research Fellow in Ghana, working with agricultural communities to design and build local biowaste-to-energy systems. He holds a B.E. in Mechanical Engineering from the Cooper Union.

As an ASME Congressional Fellow, Julien is eager to work at the intersection of energy, environmental, and economic policy. 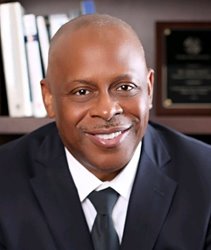 Prior to joining AMNPO, Craig started his career in 1981 as a VLSI process engineer at the Westinghouse Electric Corporation. In 1983 he joined the Naval Research Laboratory in Washington, D.C. as a microwave engineer. In 1992, he joined the faculty at Morgan State University. He currently serves as Professor and Chairperson of the Department of Electrical and Computer Engineering at Morgan. He has also served as Interim Dean of the Clarence M. Mitchell Jr. School of Engineering for three years, and prior to that he served as the Chair of the Department of Electrical and Computer Engineering since 2007. His research interests are in the areas of engineering education, machine learning, and visual analytics.

Craig is a member of the Tau Beta Pi engineering honor society and is currently the President of the Inclusive Engineering Consortium (IEC). The IEC is a consortium of Historically Black Colleges & Universities (HBCU) electrical engineering departments operating as a “super department.” He was the inaugural recipient of the Electrical and Computer Engineering Department Heads Association Diversity Award in 2013, has been named a NASA/ASEE Fellow, and provided his services as an Army Science Board consultant. Craig is also a member of the American Society of Mechanical Engineers and the Institute of Electrical and Electronics Engineers.

At AMNPO, Craig serves as the Assistant Director for Research Partnerships. In this role, he works collaboratively with federal agency staff to plan, design, and develop formal documents for announcements and solicitations for Manufacturing USA and ensure that the alignment of Manufacturing USA formal requirements and program structure support industrial development and global market competitiveness.