The Management Division is concerned with the management of the engineering process at all of its levels. 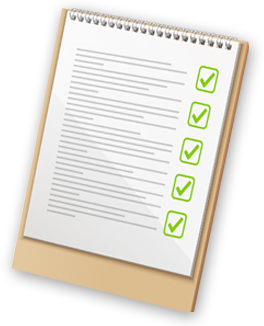 The Management Division is concerned with the management of the engineering process at all of its levels, national and international, and specifically as applied to the following: project and program management, the process of technological innovation, motivation, communication, human resources, organization and planning, technology forecasting and assessment, product and market analysis and planning, sales engineering organizations, technology transfer, finance, economic development, management information systems, the application of computer programs and data bands, small business, management development and education, the measurement of performance, quality and productivity, employment of engineers, and personal growth and management.

Recognition of outstanding achievement in engineering is one of the major objectives of ASME. Through its programs of honors and awards, ASME recognizes outstanding contributions to the art and science of engineering.

The 2019 Henry Laurence Gantt Medal was awarded to Margaret G. McCullough for directing thousands of engineers and scientists at the U.S. Department of Energy’s Yucca Mountain Nuclear Waste Repository and Hanford Waste Treatment Plant, first-of-their-kind projects that have had far-reaching positive environmental outcomes for our planet.

The 2018 medal was awarded Todd R. Allen for distinguished management and service achievements through countless roles including prior chair of ASME’s Diversity and Inclusion Strategy Committee and Public Affairs and Outreach Council; and for ongoing Volunteer Orientation Leadership Training Academy efforts that contribute to successful workshops and other endeavors.

The 2006 medal was awarded to Charla K. Wise medal for distinguished achievements in management, and for service to society and the community.

Please note that honorariums cannot be distributed without receipt of applicable tax forms. If you are a recipient of a monetary award, you will be contacted by ASME staff regarding tax forms you will need to complete, as well as how to submit them to us.

A special thank you to all those who attended the Management Division's webinars that took place at IMECE. We know these presentations will benefit so many others. For that reason, we've included them below. Enjoy!

We're always looking for Volunteers! Email April Tone, Sr. Manager, TEC Operations at tonea@asme.org if you're interested. Opportunities include, but are not limited to: