NEW YORK, March 23, 2017 – Utah State University came away with four of 18 awards at the Human Powered Vehicle Competition held last week at the ASME E-Fests West in Las Vegas, including the first-place prize in the women’s speed event. https://efests.asme.org/

The Utah State men also fared well in the international competition, finishing in third place in the speed event.  Other awards for the university were the second-place prize in the competition category for best overall vehicle and third-place finish in the endurance event.  Twenty collegiate design teams participated in the international competition, held at the University of Nevada, Las Vegas, and sponsored by Siemens PLM. 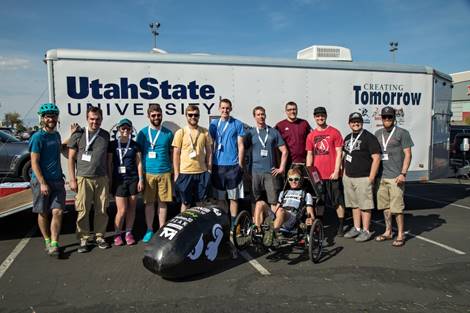 The University of Nevada, Las Vegas, was the proud host of E-Fests West, one of three multi-day events that allow engineering students to showcase their technical skills while connecting them to thought leaders and practicing engineers for career advice and guidance.