Design and Sportsmanship Categories in Regional

The American Society of Mechanical Engineers (ASME) was sponsor of HPVC, which was held March 24-25, 2018, during a fun-oriented weekend of design competitions, career development programs, and networking at the Fairplex fairgrounds in Pomona. 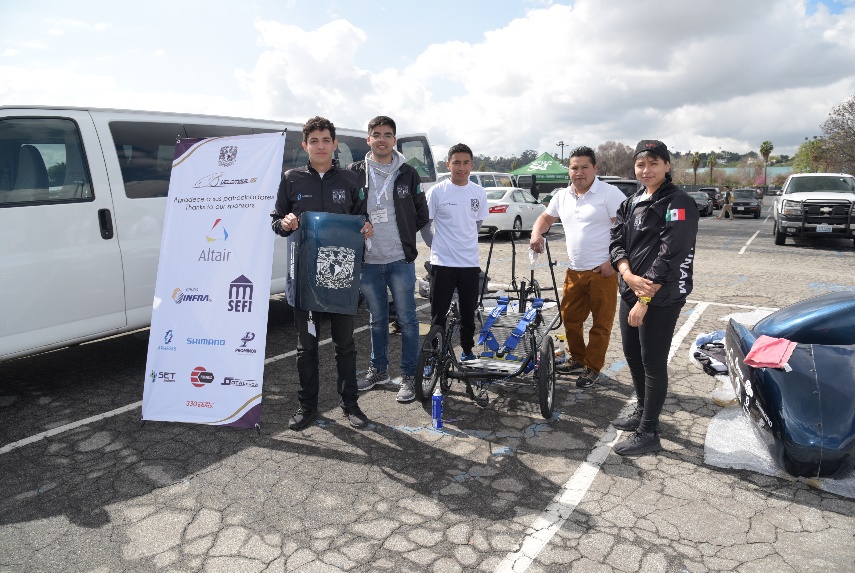 Members of Universidad Nacional Autonoma de Mexico HPVC team on the course in Pomona, Calif.
The university’s pedal-powered system, designed and built by a team of engineering students, competed against 16 other college teams in a series of rigorous speed and endurance challenges on a course laid out at Fairplex. Human-powered vehicles are aerodynamically-designed “superbikes” that have been developed to present environmentally friendly transportation options for the future.

The HPVC program provides an opportunity for engineering students to apply engineering principles in the development of fast and efficient transportation systems,” said Charla K. Wise, president of ASME. “ASME congratulates all contestants.”

The competition was held in conjunction with E-Fest West, an event that allowed engineering students to showcase their technical skills while connecting them to thought leaders and practicing engineers for career advice and guidance.

Teams judged as winners in the HPVC appear below.