Bengaluru, May 9, 2017 – On April 27 in Bengaluru, the American Society of Mechanical Engineers (ASME), the world’s largest organization for mechanical engineers, judged eight entries in its prestigious 2017 ASME Innovation Showcase (ISHOW) competition. Of the eight finalists, three Indian inventors took home the Grand Prize in this first of three regional showcase events. Two were from Mumbai and one from Bengaluru.

ISHOW was created to help entrepreneurs focused on hardware-led social innovations scale their solution to markets in need. A link to the winning designs and descriptions follows:

In an effort to reverse rising global illiteracy rates among the blind, BrailleMe, developed by Innovision’s Surabhi Srivastava from Mumbai, makes it possible for the visually impaired to access any digital information instantaneously in their own tactile script. 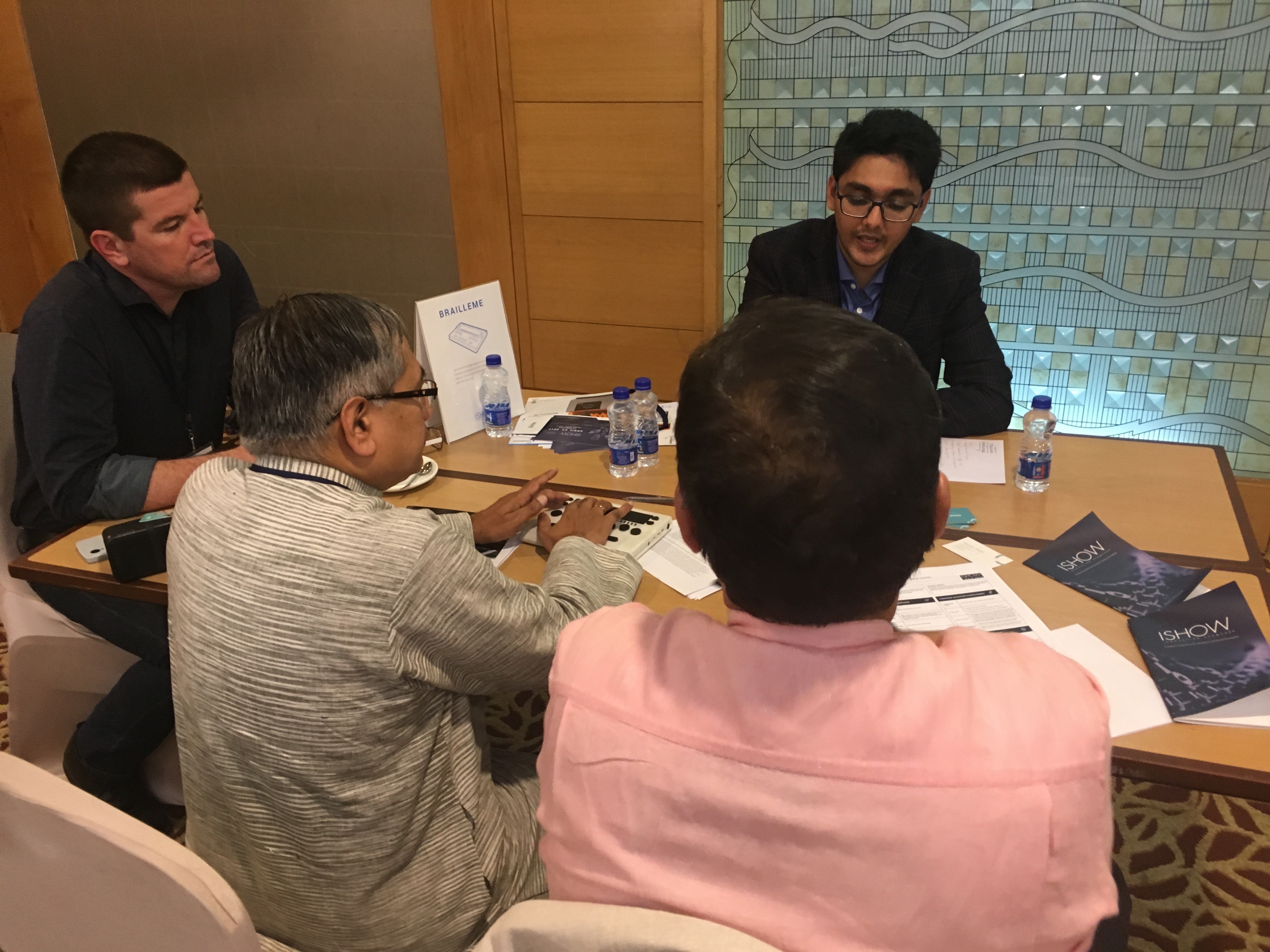 Team BrailleMe interviewed by ISHOW judges.
Saral Designs’ Bhavin Gawali, also based in Mumbai, saw an opportunity to mitigate India’s high prevalence of reproductive tract infections among women and school drop out rates among girls by launching SWACHH, a device that decentralizes the production and distribution of high-quality, affordable sanitary napkins. 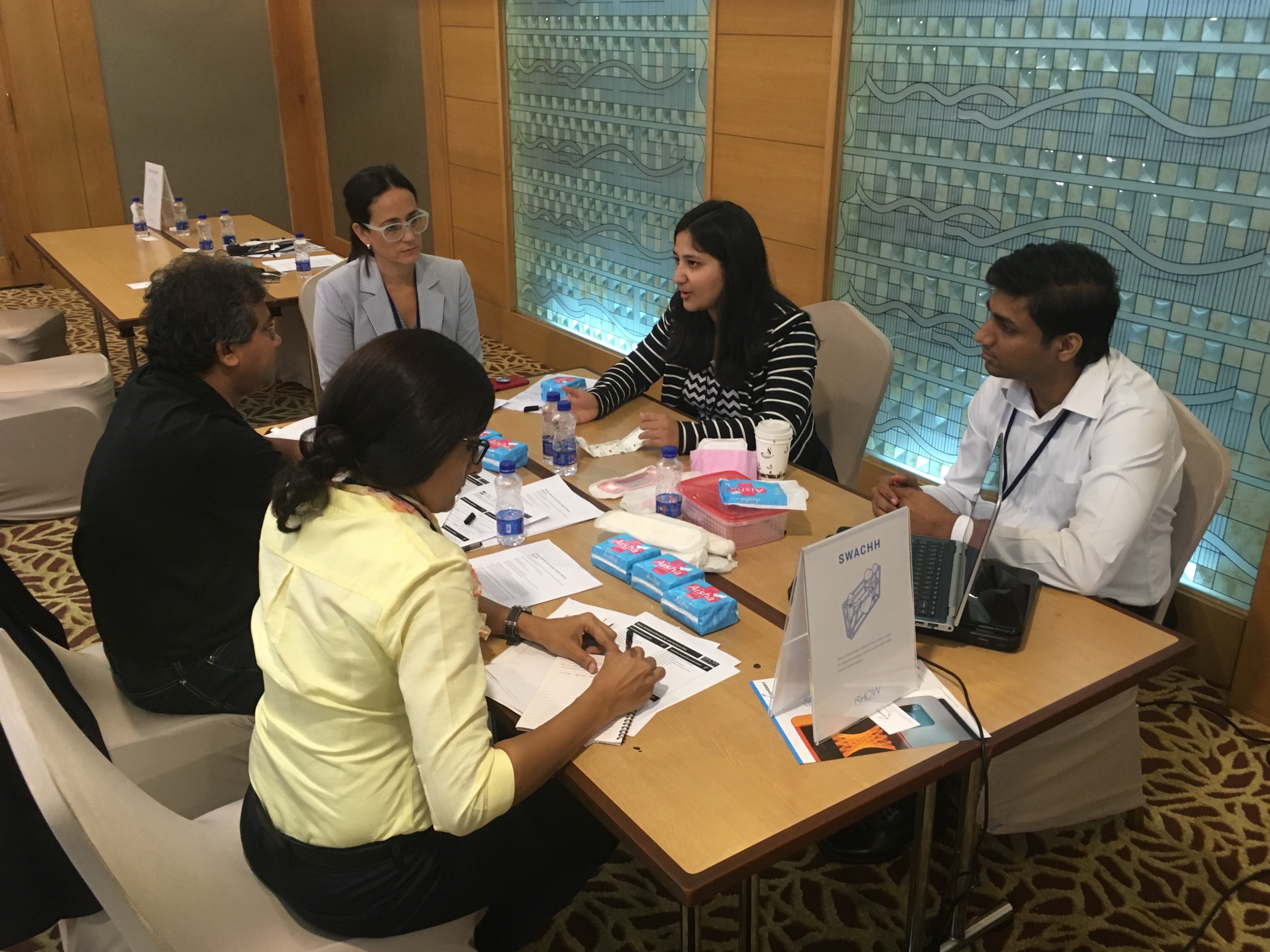 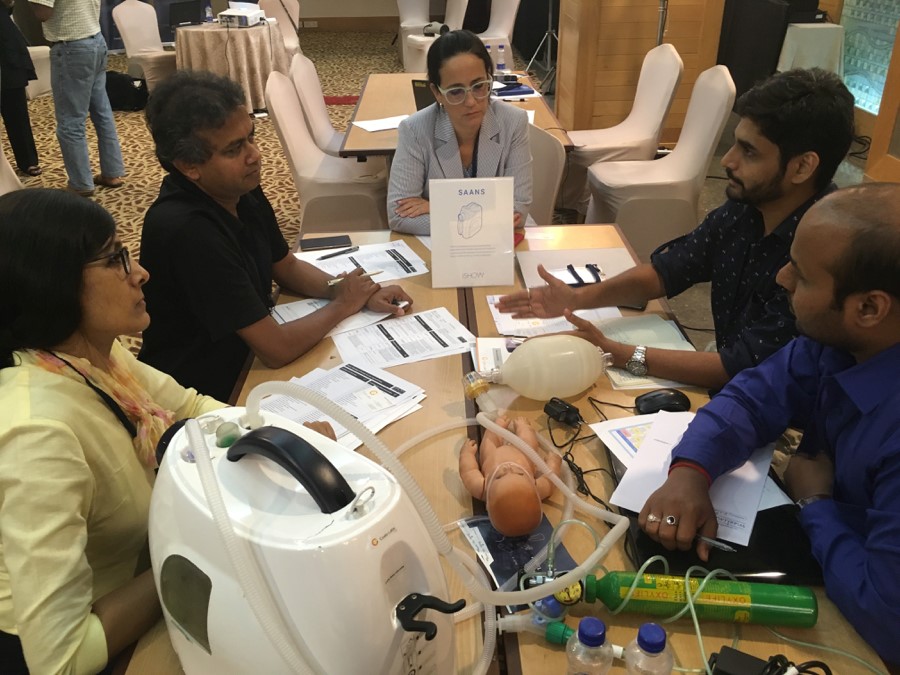 Team Saans interviewed by ISHOW judges.
ASME’s esteemed panel of judges was vastly impressed by BrailleMe, SWACHH, and Saans’ innovative and globally scalable solutions to enhance quality of life for populations in need.

“The unique solutions of our three Indian winners will radically transform and elevate the way their beneficiaries live, allowing them to thrive in ways that were previously impossible,” said K. Keith Roe, president of ASME. “Their display of creativity and ingenuity, and that of their peers, fully embodies the spirit of the ISHOW and exemplifies the potential of tomorrow’s engineering problem-solvers and business leaders.”

Surabhi Srivastava, Bhavin Gawali, and Nitesh Jangir will share $500,000 in cash and in-kind prizes, along with six other winners that will be announced in similar competitions in Nairobi, Kenya and Washington, DC over the coming weeks.

The winners are among eight socially-minded hardware entrepreneurs who were selected among 150 applicants as finalists of the event, held April 27 at Le Meridien Bangalore Hotel, to present a range of devices designed to make a transformational economic, environmental, and social impact. During the competition, the finalists appeared before a panel of judges, including successful entrepreneurs, academics, and founders of venture-funded startup companies, to pitch the engineering design attributes of their prototypes and outline their plans for manufacturing, implementation, marketing, and financing.

“ASME congratulates and thanks all our winners and finalists for serving as catalysts of change and social good,” noted Roe. “By constantly seeking to innovate and disrupt the status quo, they are making a measurable difference for people around the world today and for generations to come.”

For more information about the finalists and the ISHOW, please visit: ThisIsHardware.org