NEW YORK, March 24, 2017 – California State University at Northridge performed impressively at the Human Powered Vehicle Competition held last week at the ASME E-Fest West in Las Vegas, coming away from the event with six of 18 awards including best overall. https://efests.asme.org/ 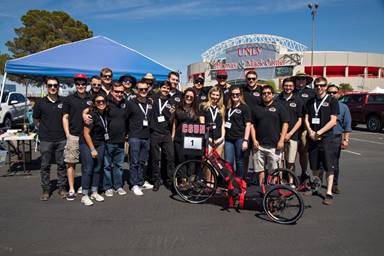 Human powered vehicles are sleek pedal powered “super bikes” that challenge college engineering students to apply sound engineering principles in the design and fabrication of wheeled vehicles that must compete in speed, endurance and other tests.

The University of Nevada, Las Vegas, was the proud host of E-Fest West, one of three multi-day events that allow engineering students to showcase their technical skills while connecting them to thought leaders and practicing engineers for career advice and guidance.