NEW YORK, June 3, 2019 — The American Society of Mechanical Engineers (ASME) has announced the regional finalists of the 2019 ASME Innovation Showcase (ISHOW), the premiere international competition of hardware-led social innovation. Eight socially minded teams of inventors from throughout the Americas will present their design prototypes in Washington, D.C., on June 13.

The finalists, whose innovations address issues including neo-natal health, clean drinking water, clean energy, and rural economic development will pitch their prototypes from 9 a.m. to 10 a.m. on Thursday, June 13 at the District Architecture Center in Washington, D.C.’s Penn Quarter District. An esteemed panel of judges will choose three hardware innovations as grand prize winners and announce them at a reception later that evening, where they will showcase their ventures.

The ISHOW USA finalists will vie for a share of $30,000 in seed grants and technical support to help bring their design innovations to market. Each winner will also receive an opportunity to participate in the ISHOW Bootcamp in New York City in October 2019, where they’ll join six other regional winners of competitions held in Bengaluru, India (April 4), and Nairobi, Kenya (May 9). This year, ASME received 160 applications for ISHOW.

“We are proud to offer a forum for engineering problem-solving that truly improves lives,” said ASME Executive Director/CEO Tom Costabile. “We are continually impressed by the creative talent of ASME ISHOW participants and their passion for helping underserved communities around the world.”

The 2019 ASME ISHOW features a range of devices that promise to make a transformational economic, environmental, and social impact in underserved communities around the world.

During the competition, the finalists will pitch their product prototypes to a panel of judges that includes successful entrepreneurs, academics, and founders of venture-funded startup companies. The pitches will outline the engineering design attributes of the prototypes and include a discussion of plans for manufacturing, marketing, and financing.

In addition, the product with the most votes in social media will be named the “Fan Favorite,’’ and that finalist will receive $1,000. Voting closes June 13 at midnight, Eastern Standard Time.

“ASME congratulates and thanks all ISHOW winners and finalists for serving as catalysts of progress and social good,” Costabile said. “Through their determination to innovate and disrupt the status quo, they are helping to improve the quality of life for people in need and inspiring others to think about what’s possible.”

ASME is grateful to The Lemelson Foundation for its continued support of the ISHOW, as the Impact Inventing sponsor.

For more information about the finalists and the ISHOW, please visit: asmeishow.org Follow the journeys of ISHOW alumni on Medium.

About ASME
ASME helps the global engineering community develop solutions to real world challenges. Founded in 1880 as the American Society of Mechanical Engineers, ASME is a not-for-profit professional organization that enables collaboration, knowledge sharing and skill development across all engineering disciplines, while promoting the vital role of the engineer in society. ASME codes and standards, publications, conferences, continuing education and professional development programs provide a foundation for advancing technical knowledge and a safer world. www.asme.org 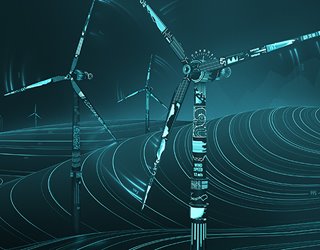