NEW YORK (October 5, 2022) – The American Society of Mechanical Engineers (ASME) announced today that Christopher Cantrell will join the society in the newly created position of senior managing director of standards and engineering services, effective October 17. In this new role, Cantrell will oversee all aspects of ASME’s standards development, conformity assessment, and standards research operations. Cantrell joins ASME from the state of Nebraska where he held the position of chief boiler inspector for 15 years, and as both the state fire marshal and chief boiler inspector for the past four years.

“Chris brings to ASME deep experience as a state chief, as chair of the Board of Trustees of the National Board of Boiler and Pressure Vessel Inspectors, as an inspector for Hartford Steam Boiler, our largest authorized inspection agency, and as an ASME committee volunteer,” says ASME Chief Operating Officer Jeff Patterson. “Just as important, while in state government, Chris led in the introduction of digital platforms that have enabled his teams to work more efficiently. His familiarity with our volunteers and staff, our standards development and conformity assessment processes, and the systems that support them, plus his accomplishments in organizational transformation, make him the ideal executive to lead our standards and engineering services team into the future.” 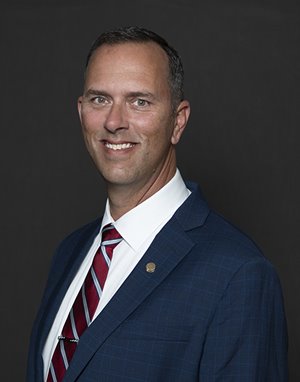 Christopher Cantrell
“I am honored to have been selected by ASME to take on this new and important role,” says Cantrell. “For over 140 years, ASME has been the worldwide leader in promoting engineering as a profession and in codes and standards development. Under the leadership of CEO Tom Costabile and COO Jeff Patterson, the society continues to grow and thrive in today’s rapidly changing business and regulatory environment. I am eager to get to work and to be a part of the ASME team.”

Cantrell began his work with pressure equipment in his teens, working summers at his father’s oil well pressure testing company. After high school, he transitioned to an operational role when he enlisted in the U.S. Navy and spent six years as a naval nuclear propulsion plant operator. When his service was complete in 1998, he began his inspection career with Hartford Steam Boiler as an authorized inspector, authorized inspector supervisor, authorized nuclear inspector, and authorized nuclear in-service inspector, and eventually traveled the U.S. performing inspection work for steam generator replacements and pressurizer weld overlays. In 2007, he began working with the state of Nebraska as chief boiler inspector. During his time in this role, he served on the ASME Section XI standards committee for three years, was elected four times to the Board of Trustees of the National Board of Boiler and Pressure Vessel Inspectors, and eventually became the chair. In 2018, while requesting to retain the chief boiler inspector position, Cantrell was appointed by Nebraska Governor Pete Ricketts to also serve as the state fire marshal, a cabinet-level position.

About ASME
ASME helps the global engineering community develop solutions to real world challenges. Founded in 1880 as the American Society of Mechanical Engineers, ASME is a not-for-profit professional organization that enables collaboration, knowledge sharing, and skill development across all engineering disciplines, while promoting the vital role of the engineer in society. ASME codes and standards, publications, conferences, continuing education, and professional development programs provide a foundation for advancing technical knowledge and a safer world. In 2020, ASME formed the International Society of Interdisciplinary Engineers (ISIE) LLC, a new for-profit subsidiary to house business ventures that will bring new and innovative products, services, and technologies to the engineering community, and later established the holding company, Global Knowledge Solutions LLC. In 2021, ASME launched a second for-profit subsidiary, Metrix Connect LLC, an industry events and content platform to accelerate digital transformation in the engineering community and an agent for the Mechanical Engineering® brand of media products. For more information, visit www.asme.org.