First US commercial central electric-generating station to use nuclear energy

The first commercial central electric-generating station in the United States to use nuclear energy was the Shippingport Atomic Power Station of the Department of Energy and the Duquesne Light Company. In a dramatic high-tech display, ground was broken in 1954 during dedication ceremonies by President Dwight D. Eisenhower, who also opened it on May 26, 1958, as part of his "Atoms for Peace" program. Shippingport is located on the Ohio River about 25 miles from Pittsburgh. The reactor plant was designed by the Westinghouse Electric Corporation in cooperation with the Division of Naval Reactors of the Atomic Energy Commission.

The design effort had been redirected to peace-time power generation from a large-scale light water reactor for a proposed aircraft carrier. Constructed to advance nuclear fission technology in general, the plant was flexible in accommodating cores of different types. Various manufacturers with different designs and materials for components were used. Water in the primary system, heated by nuclear fission, flows to the heat exchanging system, which absorbs the heat. This heat turns water in the secondary system, a relatively low pressure system, to steam. This steam is sent to the turbine generator to drive the turbine. 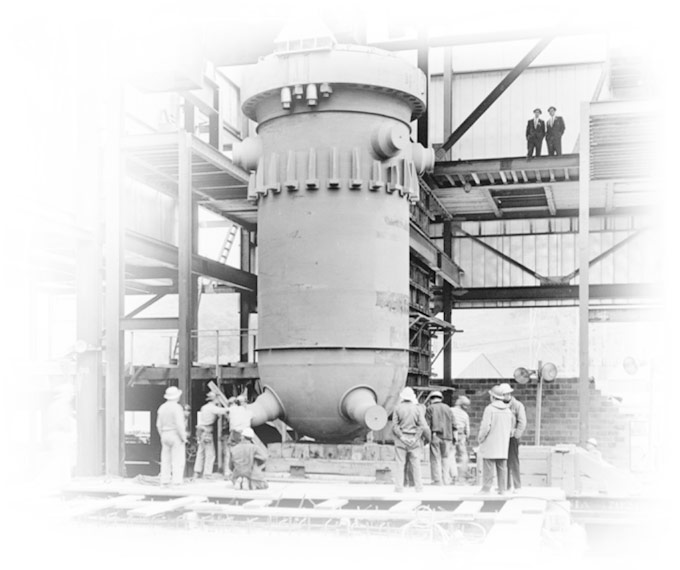