Seen in their full splendor and grace, the Kew Bridge museum is a rare experience wherein five beam engines, original to the site, represent the progressive development of the Cornish-cycle steam engine for waterworks service from 1820 to 1869. The Cornish engine was developed to pump water from mines in the early 19th century and some of the finest examples were built for waterworks, like those at Kew Bridge. Cornish engines do not have rotating parts, such as a flywheel, but rather are controlled by piston movement and the opening and closing of valves. In simple terms, steam depresses the piston and raises the plunger and weight box, and on the return stroke, the plunger descends under gravity, displacing water into the main. During the period represented at the Kew Bridge museum, cylinder diameter increased from 65 to 100 inches. Key artifacts are:

Providing some of the very best examples of Victorian engineering, the site has also been developed as a museum of water supply including compound vertical rotative, horizontal compound and other steam engines that have been moved there. Diesel and electric pumps are also on display. 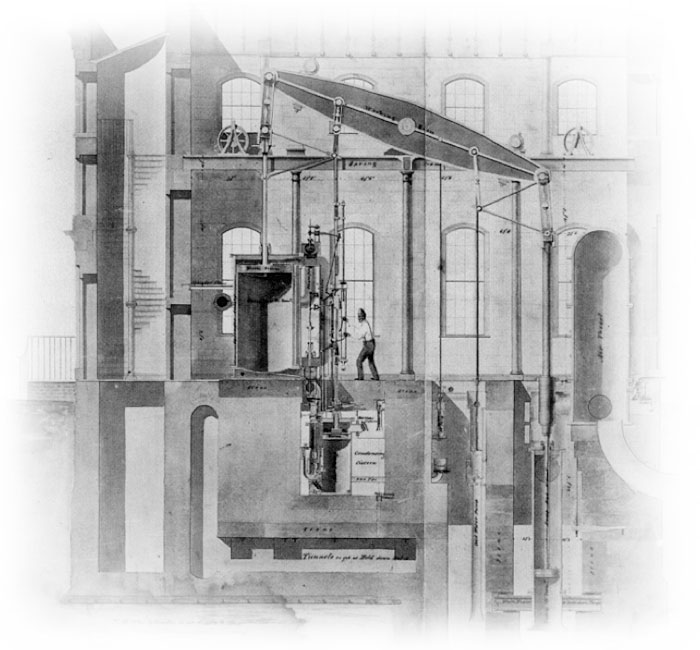 Kew's earliest beam engine – the 1820 Boulton & Watt – was originally installed at Chelsea Pumping Station. One of a pair, it was transferred to Kew in 1840.

It's not far from London proper, and it is an incredible thing to experience the thumping whirl of the world's largest Cornish engine. Call to see when they're steaming.