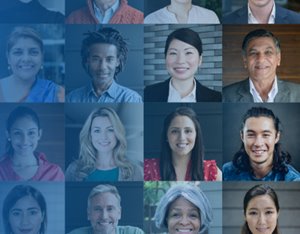 This month, ASME released the first episode of a new podcast devoted to the themes of Diversity, Equity, and Inclusion. The inaugural episode is co-hosted by Kushi Sellahennedige, chair of ASME’s Boston Section, and Oliver Martinez, S&C project engineer, and explores the topic of “Unconscious Bias,” focusing on what it is, how it can affect decisions without the decision-maker even knowing it, and how it can impinge on your long-term success.

ASME’s special guest for this inaugural episode is Lauren Trichter, an independent human resources consultant and executive coach, who is also the founder of “Choosing & Changing,” which is designed to help firms get smarter and better on behalf of their diverse teams, including through increased awareness of bias in all its forms.

“I was thrilled to be asked to come talk about unconscious bias with Kushi and Oliver,” Trichter said. “Our conversation was candid and wide-ranging–I loved it. It was a true honor to jump into this important topic with these two excellent engineers. I’d be happy to come back anytime.”

Co-host Kushi Sellahennedige agreed with Trichter’s take on the conversation. “Lauren is obviously a real leader in her field,” said Sellahennedige. “There’s so much she taught us to see and recognize. Oliver and I really learned a lot from putting this show together. On top of that, Lauren is very energetic. We had such a great time learning from her.”

“It’s not just that Lauren is a leader in the area of unconscious bias,” Martinez said, adding that “Lauren makes the subject approachable and easy to discuss, leaving you empowered and wanting to share what you learned. I was so glad to have the chance to learn from her about a topic that is only becoming more important and relevant every day to how engineers can build the best workplaces possible.”

To hear what Kushi and Oliver learned, listen to the first episode of ASME’s DEI Podcast.