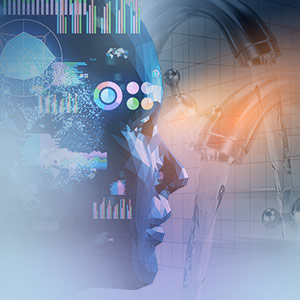 Could the development of a smart water faucet that is able to adapt to human usage patterns result in a significant reduction in household water usage and teach people how to use water more carefully? A recently presented technical paper, written by a research team from Stanford University and supervised by ASME member Erin F. MacDonald, suggests that it could.

The paper, titled “A Wizard-of-Oz Experiment to Demonstrate Water Reduction and User Training with an ‘Autonomous’ Faucet,” indicated that there was reason to believe that such a sink — which has yet to be invented — could indeed have an environmental benefit. In the study, which was recently presented at the recent ASME 2019 International Design Engineering Technical Conferences & Computers and Information in Engineering Conference (IDETC/CIE), the researchers from Stanford set out to find out not only if an autonomous sink could cut down on a person’s water usage but also whether that person’s exposure to a smart faucet would affect future behavior.

Written by ASME student member William Jou, who was the lead author, with fellow students Samantha M. Beaulieu and Adrienne K. Lim, and Dr. MacDonald, the paper’s presenting author, the paper details the study, in which participants were asked to wash three sets of dishes.

After the initial round of dish washing, during which the members of the team simply observed the participants to note their water usage, Jou stepped in behind the scenes during the second round of dish washing. Although the study’s participants were told that the faucet would exhibit smart behavior during this phase, they weren’t aware that Jou was actually controlling the temperature and flow of water from the faucet. During the third cycle, the participants were informed that faucet would operate as it did in the first phase. The result? Participants used 26 percent less water during the second washing compared to the first. And during the third phase of the experiment, the participants, knowing they were using a regular faucet, still used approximately 10 percent less water than they did in the first round.

That last detail was especially encouraging to MacDonald. “What’s super cool is that people retained the training on using less water and versus their first wash, they used 10% less water,” said MacDonald, who is an assistant professor of mechanical engineering at Stanford. “Imagine a house where it’s not just your faucet that does this, but it’s also your shower and every faucet in the house knows every person.”

Jou, who graduated with his master’s degree in June, looks forward to the benefits that the development of automated products such as smart faucets would bring. “Our study showed that automated products — if designed to work with all types of users — can have significant immediate and potentially longer-lasting effects on resource usage,” he said. “This could be an important step to curbing resource usage in our rapidly advancing society.”

To watch a video about the project, visit www.youtube.com/watch?v=4GT_12bDMPg&. A copy of the paper, “A Wizard-of-Oz Experiment to Demonstrate Water Reduction and User Training with an ‘Autonomous’ Faucet,” is available on the ASME Digital Collection.