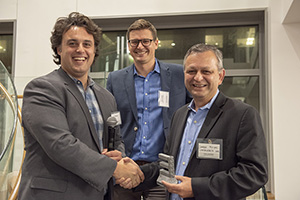 ASME and Engineering for Change (E4C) recently held the second annual Impact.Engineered conference, a daylong event that spotlights the efforts of engineers and entrepreneurs who are working to bring about positive social change in underserved communities throughout the world. More than 140 engineers, engineering students, scientists and makers attended this year’s event, which was held Oct. 11 at the New York University Tandon School of Engineering in Brooklyn, N.Y.

Impact.Engineered, which launched last October with an inaugural event the Centre for Social Innovation in Manhattan, provides a venue for engineers from the private, public, non-profit and academic sectors to interact, share experiences, and learn about some of the innovative work currently taking place within the social sector. 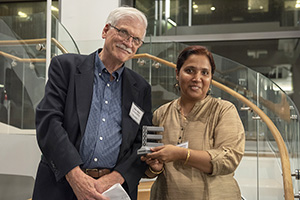 (Left to right) Bob Marsh of Inveneo with Sarbani Banerjee Belur of Gram Marg, the recipient of the Connecting the Unconnected award at this year’s Impact.Engineered event.

The efforts of several individuals and organizations were recognized during an awards reception held during the conference. Awards were presented in five categories: Hardware Trailblazer, Women Leading in Technology and Impact, Connecting the Unconnected, Companies Advancing the Sustainable Development Goals, and Rising Stars.

Water Health International (WHI) was named this year’s Hardware Trailblazer. The company, based in Irvine, Calif., provides scalable, safe and affordable drinking water solutions to underserved areas worldwide. With more than 700 operating units, WHI serves approximately 10 million people each day and delivers more than 60 million liters of clean water each month. “WHI is a trailblazer in the true sense of the word,” said Paul Scott, director of Engineering for Global Development at ASME. “Their technology and approach were ahead of the market, being ‘social entrepreneurs’ long before this category of businesses was in the public consciousness.” 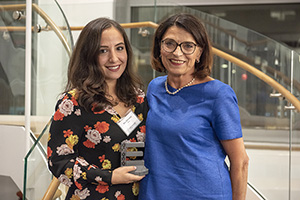 Mariana Costa Checa, the co-founder and CEO of Laboratoria in Lima, Peru, was selected as the award winner in the Women Leading in Technology and Impact category. Checa’s company, which is committed to preparing women for jobs in the technology sector by teaching them digital skills, is currently training thousands of young women in Peru, Chile, Mexico and Brazil. In addition, the firm identifies software development opportunities for the women once they are trained.

Linda Raftree, the Impact.Engineer judge who selected Checa and Laboratoria as the winner, said this of her choice: “I’m a big advocate of diversity and inclusion in the technology space. The work that Laboratoria is doing is filling technology opportunities with well-trained, capable women, which is critically important if we are going to make the industry less sexist and more attuned and responsive to the needs, psychology, social behaviors, interests, ethics and privacy needs of women and girls.” 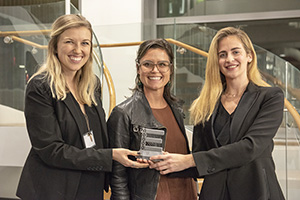 Gram Marg, the winner in the Connecting the Unconnected category, is a project initiated by the electrical engineering department at the Indian Institute of Technology Bombay that seeks to employ unused UHF television bands (or TV white spaces) and unlicensed 5.8 GHz wireless bands to bring Internet connectivity to rural villages in India in the hopes of encouraging economic growth and development. The project, which was launched in 2012, also addresses the sustainability of this Internet connectivity by encouraging the growth of community networks and formation of multi-stakeholder partnerships and by conducting thorough impact assessment surveys of the residents of these villages.

The London-based engineering and professional services ARUP was named the winner of the award in the Companies Advancing the Sustainable Development Goals category at this year’s Impact.Engineered. The private firm has made a commitment to using the United Nation’s 17 Sustainable Development Goals (SGDs) — including “No Poverty,” “Zero Hunger,” “Good Health and Well-Being” and “Gender Equality” — as benchmarks for each of its engineering and design projects for the built environment. 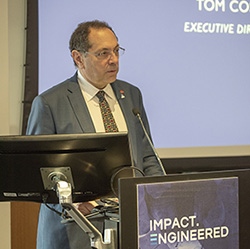 Tom Costabile, executive director of ASME, addresses the audience at the Impact.Engineered forum.

“While many other responsible companies also align their work with the SDGs, ARUP does even more: they have established their own non-profit business,” said Impact.Engineered judge Carola Shwank, head of the Empowering People Network at Siemens Stiftung. “The proven expertise of their team of international development professionals makes them valuable partners for renowned players within the development sector such as Habitat for Humanity or the Rockefeller Foundation. With successful projects in more than 30 countries, their humanitarian work shows global impact.”

The New York City-based organization Bitae Technologies was selected by the attendees of this year’s Impact.Engineered conference to receive the event’s final award, the Rising Star Award, which recognizes the achievements and potential of emerging leaders leveraging technology to achieve social impact. Bitae Technologies is developing a “Digital Backpack” platform that would enable vulnerable populations including refugees to carry a record of their skills and education in a secure, verified portfolio.

In addition to the awards presentation, the Impact.Engineered program also featured remarks from ASME Executive Director Thomas Costabile and special panel sessions addressing such themes as emerging responses to climate change challenges, small batch manufacturing, and the use of data and technology for social impact. The forum also included several concurrent workshops on subjects such as disrupting engineering education, intellectual property for technology start-ups, and benchmarking technology for social innovation; a tour of NYU Tandon’s MakerSpace student workspace lab; and a meet-and-greet and tabletop demonstrations with the winning teams from this year’s ASME Innovation Showcases (ISHOWs) in India, Kenya and the United States. 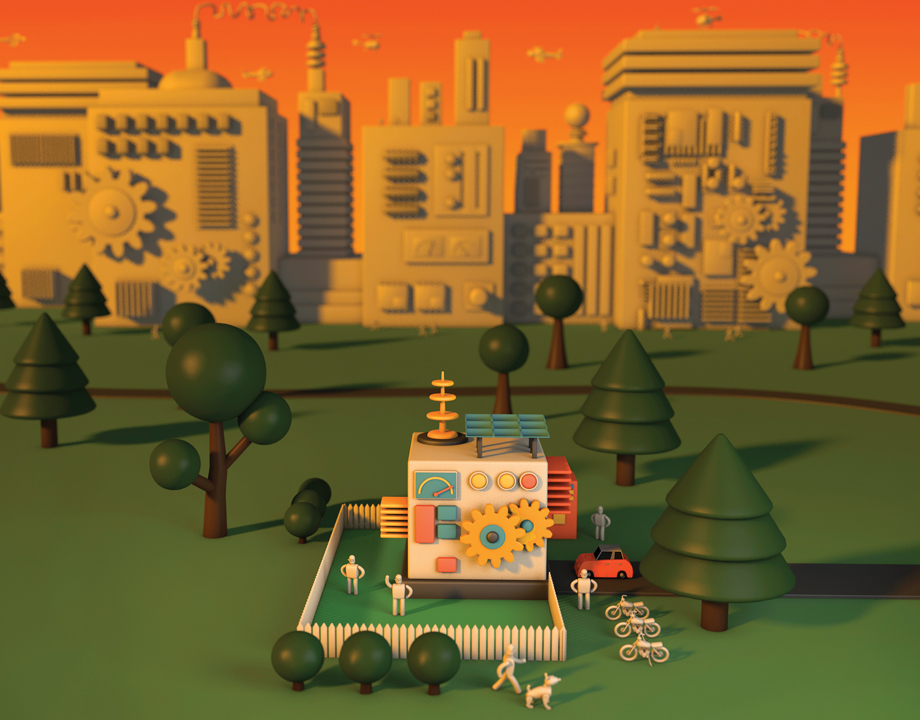 Introverts as Managers: A Natural Pairing

Job Burnout is Real: Learn How to Address It