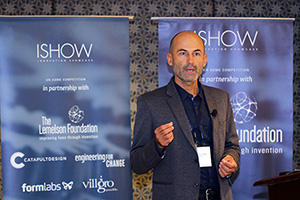 Eight teams of inventors and entrepreneurs presented their hardware-led, socially beneficial inventions recently at the ASME Innovation Showcase (ISHOW) India. At the end of daylong event, which was held April 4 in Bengaluru, India, the creators of a clean-burning heating and cooking stove, a hand-held digital stethoscope, and a machine for reeling silk yarn using the sun’s rays were named the three grand-prize winners of the competition.

Each of the winning teams received a share of $30,000 in seed grants and technical support to help commercialize their products. The three winning teams were selected by a panel of judges that included representatives from Villgro, Henkel Adhesives Technologies India, Ankur Capital, Osteo3d, and Myelin Foundry.

One of the three winning prototypes, Eco1 Rocket Stove, is a clean-burning, high-efficiency combustion stove for heating and cooking in the Himalayas where wood is in short supply due to deforestation. The stove, which was invented by Himalayan Rocket Stove, requires less wood than traditional wood combustion stoves, thereby addressing the deforestation problem in the Himalayas as well as the inconvenience of fuel collection. 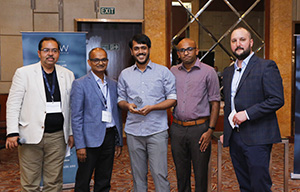 The third winning entry, Unnati Solar Silk, is a solar-powered machine for reeling Tassar silk yarn, which grows in the forested areas of East India. Invented for use in some of the poorest and most remote parts of the country, where access to electricity is extremely limited, Unnati increases efficiency in reeling silk and improves quality of life, particularly for the rural women who are primarily responsible for this work.

“The extraordinary solutions put forward by today’s winners will undoubtedly allow us collectively to do more, and do better,” said Said Jahanmir, president of ASME. “Their display of creativity and ingenuity fully captures the spirit of ASME’s ISHOW and exemplifies engineering problem-solving that improves lives.” 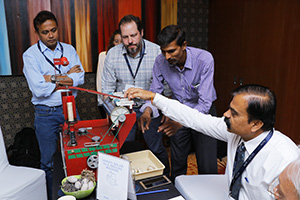 Members of Team Resham Sutra demonstrate for the ISHOW judges how their Unnati Solar Silk Reeling Machine operates.
Along with the three grand-prize winners, a special “fan favorite” award was presented to the team that received the most votes in a social media survey. That $1,000 prize went to the company Tallshortree of Bengaluru for its entry, B-Hue — India’s first inexpensive, non-invasive hemoglobin tester to help detect cases of anemia, one of the major health problems facing children and adults in India.

“ASME congratulates and thanks all our winners and finalists for serving as catalysts of progress and social good,” Jahanmir added. “By constantly seeking to innovate and disrupt the status quo, they are making a measurable difference for people around the world today and for generations to come.”

Two more ASME ISHOWs are scheduled to take place during the next few months. ISHOW Kenya will be held in Nairobi, Kenya, on May 9. It will be followed by ISHOW USA in Washington D.C. on June 13. For more information about this year’s ISHOW events, participants and winners, visit https://thisishardware.org.