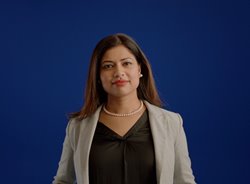 Dr. Columbia Mishra
Anyone who has visited the ASME Foundation website and clicked on the video of Dr. Columbia Mishra will understand why this early-career engineer was selected to be the first-ever recipient of the Lakshmi Singh Early Career Leadership Award.

Raised by parents who were so passionate about engineering that they named their first-born for a space shuttle, Mishra today is a senior thermal engineer at Intel Corporation and an ASME Early Career Leadership Intern. Mishra was a recipient of an ASME Foundation scholarship during her graduate years at Texas Tech. Later, she received another ASME grant to participate in Engineers Without Borders, applying her engineering skills to improve quality of life for residents of a small town in Mexico.

“I am proud to be an engineer because I’ve had the best training to think logically, analytically, and approach a problem and solve it,” she says. One of those problems is the lack of diversity in the engineering profession, which is why Mishra spends so much time mentoring girls and young women, encouraging them to consider the possibilities of an engineering career. As an ECLIPSE intern, she is deepening her engagement with ASME.

The Lakshmi Singh Award is named for a young extraordinary volunteer leader in ASME’s Petroleum Division, who died in childbirth at age 31. It recognizes an early-career woman engineer who has demonstrated considerable leadership in, commitment to, and continued service with ASME. 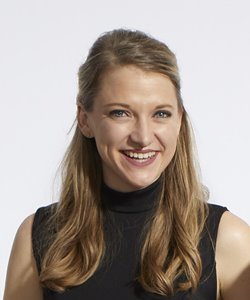 After earning a Ph.D. in mechanical engineering at MIT, Burton-O’Toole began her entrepreneurial career first as a data scientist at an early-stage startup, then as leader and architect of the data science team at another startup. She next co-founded her own company, which led her to HearstLab, an incubator for technology-based, largely women-led startups, where she was recently named vice president. In this role, she identifies, consults with, and invests in startup companies founded by women.

As passionate as she is about promoting entrepreneurship among technically minded women, O’Toole is equally driven to nurture rising engineers and entrepreneurs. While at MIT, she mentored undergraduates, volunteered for the Women's Technology Program where she taught high school junior girls about mechanical engineering, and served as an expert at ELEVACAO Foundation, a global not-for-profit, supporting women entrepreneurs to build and launch successful tech businesses.