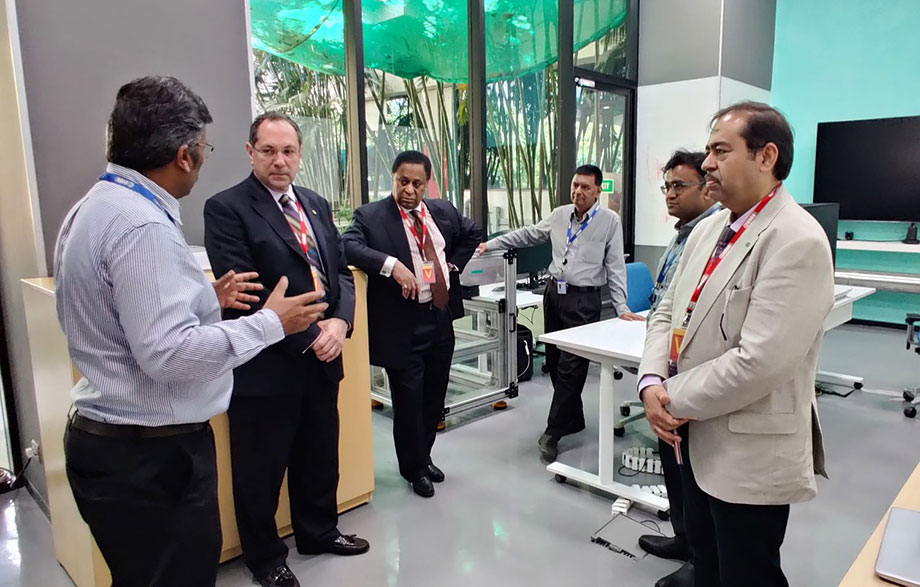 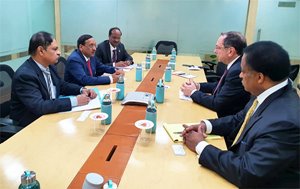 ASME then visited the Petroleum and Natural Gas Regulatory Board (PNGRB), the Indian government’s petroleum/natural gas market, distribution, and infrastructure regulator. The PNGRB chairman, D.K. Sarraf, emphasized the strategic importance of gas infrastructure development in India, noting the 2030 goal to transform Indian life by reaching 70 percent of the population, compared to today’s reach of 17 percent. Challenges include critical shortages in qualified personnel for engineering, construction, operation, and maintenance of city gas distribution networks. To that end, ASME and PNGRB are exploring meaningful partnerships aimed at addressing this urgent skills gap. 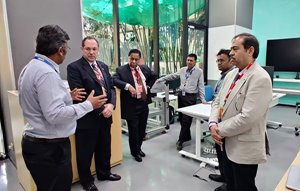 Costabile thanked all the volunteers for their passion and commitment toward the “noble cause of helping to keep ASME standards relevant and safe.” Costabile also reiterated the importance of ASME’s knowledge-sharing platforms for professional development — a major opportunity in India especially. 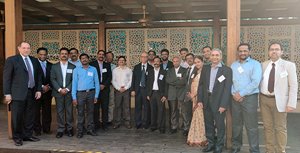 Tom Costabile (left), Michael Johnson (second from left) and Madhukar Sharma (right) meet with ASME volunteers at a high-tea reception in Mumbai.
Back in U.S. at ASME’s Group Leadership Development Conference in Henderson, Nev., Costabile sent his regards virtually to the ASME E-Fest Asia Pacific in Rajkot, Gujarat at Marwadi University. The fourth E-Fest to be held in India, this event was the biggest yet with more than 1,600 participants, including 170 teams competing in eight competitions from over 60 engineering universities. To an ecstatic and boisterous 1,000-person audience, Costabile announced at the end of the three-day festival that the next E-Fest will take place at Chandigarh University in mid-March 2021.

If you have any questions on ASME’s India operations, please feel free to contact Aaron Weinerman, manager, Global Public Affairs, at WeinermanA@asme.org.

Podcast: What Engineers Can Expect from the New President, Congress