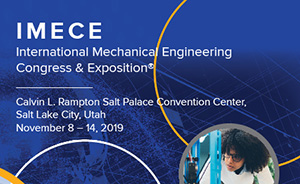 Attendees of ASME’s International Mechanical Engineering Congress and Exposition (IMECE) in Salt Lake City next month will have the opportunity to pay tribute to eight leaders of engineering while being treated to performances by notable entertainers during the ASME Annual Awards Dinner.

The three-hour Annual Awards Dinner (formerly the Honors Assembly) will take place on Monday, Nov. 11, from 6:30 p.m. to 9:30 p.m., following a pre-dinner reception at 6:00 p.m. The dinner, which is a ticketed event, will be held at the Calvin L. Rampton Salt Palace Convention Center. 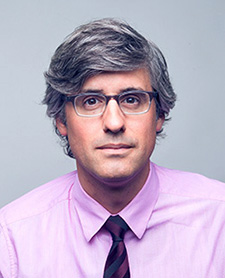 Journalist and humorist Mo Rocca will be the special guest master of ceremonies at the Annual Awards Dinner on Nov. 11 at IMECE in Salt Lake City.
The dinner will be hosted by a special guest master of ceremonies, journalist and humorist Mo Rocca. Rocca, who is known for his unconventional news coverage and satirical observations, is a correspondent for CBS News. He is also the host of The Henry Ford’s Innovation Nation on CBS and the Emmy-nominated My Grandmother’s Ravioli on the Cooking Channel.

The achievements of eight of the engineering profession’s leading innovators will also be recognized by the Society with some of its most prestigious honors — including the ASME Medal and Honorary Membership. 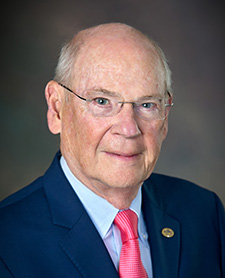 ASME Past President Reginald Vachon will receive the ASME Medal, the Society’s highest award, at the event.
ASME Past President Reginald I. Vachon, chair of Vachon Global in Atlanta, will be presented the Society’s highest award, the ASME Medal, for eminently distinguished engineering achievement. Dr. Vachon, an ASME Honorary Member and Fellow who was president of ASME in 2003-2004, is being honored for his contributions to the development and commercialization of a disruptive strain measurement technology that optically monitors a scalable strain gauge to measure strain, cold working crack initiation and structural health.

Three other ASME Fellows — Bilal M. Ayyub, Amir Faghri and D. Yogi Goswami — will receive Honorary Membership during the dinner. First awarded in 1880, the founding year of the Society, Honorary Membership is awarded for a lifetime of service to engineering or related fields such as science, research and public service.

Dr. Ayyub, professor and director of the Center for Technology and Systems Management at the University of Maryland in College Park, is being recognized for his distinguished leadership and contributions in risk analysis for the protection and lifecycle management of infrastructure systems using quantitative methods in engineering mechanics, economics and finance. Dr. Faghri, distinguished professor of engineering and distinguished dean emeritus of engineering at the University of Connecticut in Storrs, is being honored for seminal and extensive scientific and engineering contributions in the fields of heat transfer and thermodynamics as an author, educator and inventor, as well as for academic leadership. A distinguished university professor at the University of South Florida in Tampa, Dr. Goswami is being recognized for distinctive and pioneering contributions in the fields of solar and renewable energy sources; for tireless efforts that have advanced the progress of sustainable energy policies worldwide; and for leadership and service in the engineering profession.

Others being honored at the event include Margaret G. McCullough, senior vice president and the general manager of nuclear security and operations at Bechtel, who will be presented the Henry Laurence Gantt Medal for distinguished achievement in management and for service to the community; Former U.S. Secretary of Energy Steven Chu, the William R. Kenan Jr. professor of physics and professor of molecular and cellular physiology at the Stanford University School of Medicine, who will receive the Richard J. Goldstein Energy Lecture Award for pioneering contributions to the frontiers of energy that lead to breakthroughs in existing technology, new applications or areas of engineering endeavor, or policy initiatives; Sandy Karam, a recent graduate of Notre Dame University–Louaize in Lebanon, who will be presented the Charles T. Main Student Leadership Award gold medal; and Kevin G. Bowcutt, a principal senior technical fellow and chief scientist at The Boeing Company, who will receive the Spirit of St. Louis Medal for meritorious service in the advancement of aeronautics and astronautics.

Special recognition will be also be given to longtime ASME Codes and Standards advocate and former ASME staff member and Associate Executive Director Michael Merker, who will receive the Melvin R. Green Codes and Standards Medal. The award honors contributions to the development, promulgation, or management of documents, objects or devices used in ASME programs of technical codification, standardization and conformity assessment.

In addition, ASME will introduce the People’s Choice Poster Awards at the Annual Awards Dinner this year. IMECE attendees will select the recipients of the awards, which will recognize the top two presenters from the Undergraduate Student Expo, NSF and Virtual Podium poster presentations.

Tickets for the Annual Awards Dinner, which are $55 for attendees of IMECE and $20 for students, must be purchased in advance when you register for IMECE online at https://event.asme.org/IMECE/Register.

For more information on the Annual Awards Dinner and the other special events taking place at IMECE 2019, visit https://event.asme.org/IMECE/.