The 2018-2019 Early Career Leadership Intern Program to Serve Engineering (ECLIPSE) is underway – we would like to congratulate and welcome this year's interns.

The ECLIPSE program promotes and recognizes the value of long-term leadership development and diversity among its members. ECLIPSE is a commitment to investing in the careers of high-potential early career members. Interns learn their way around ASME with a dedicated advisor where each intern is matched with a senior volunteer coach within their area of interest at ASME. Interns travel to meetings and participate in workshops and training sessions to build leadership and management skills, which will serve them in their professional and personal lives. There is a wide range of opportunities for interns to network among themselves and with senior Society officers to see how they can incorporate the ASME experience into their career development.

We are delighted to welcome the following interns who will serve the various ASME business units: 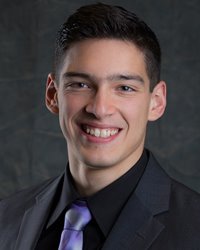 Juan-Jose Bastardo Vargas will be the 2018-2019 ECLIPSE intern for the Volunteer Orientation and Leadership Training (VOLT) Academy. Juan is originally from Caracas, Venezuela and graduated from Texas A&M University on December 2015 with a Bachelors Degree in Mechanical Engineering. He currently works as a Mechanical Design Engineer at Schlumberger in Houston, Texas, where he models, designs, optimizes, and tests various components used in the oil and gas industry. Juan has been actively involved with ASME since his first year in college back in 2011, when he first joined the Texas A&M University Student Chapter as a member. He was actively involved with the organization, participating in intramural sports and socials with the organization. For the 2013-2014 school year, Juan served as the Department Recruitment Liaison for the student chapter. After a successful year serving the student chapter, he was elected to serve as the President for the Texas A&M Student Chapter for the 2014-2015 school year. Juan was also involved with the ASME Collegiate Council between 2013-2015, where he was selected to be one of the 16 nationwide ASME representatives to be on the ASME Collegiate Council and collectively work on an industry related project. Outside of ASME, Juan is also actively involved with the Houston SHPE Chapter (Society of Hispanic Professional Engineers) and SEED (Schlumberger Excellence in Educational Development), where he participates in network/outreach activities with high school and college students to promote STEM careers and continued education. In his free time, Juan enjoys travelling, cooking, listening to music, and practicing Martials Arts, such as Brazilian Jiu Jitsu and Muay Thai. 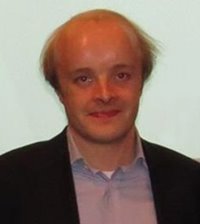 Cis De Maesschalck will be the 2018-2019 ECLIPSE intern for the Gas Turbine Segment in the TEC sector. He grew up in Belgium, and completed a Master’s degree in Mechanical Engineering at the Katholieke Universiteit Leuven. Passionate about developing the energy systems and effective propulsion architectures of the future, he embarked on a Master-after-Master and subsequent PhD Program at the von Karman Institute for Fluid Dynamics, specializing in turbomachinery and propulsion. As a Fulbright grantee, and supported by the Belgian American Educational Foundation, he continued his research at Purdue University in the United States, where he obtained the double doctoral degree in 2017. His experimental and numerical research on gas turbine engines led him around the world, where he became involved with the ASME as a technical reviewer, TurboExpo session co-chair, and served as the link between the IGTI Student Advisory Committee and the leadership of the ‘Aircraft Engine’ and ‘Heat Transfer’ technical committees. Recently, he crossed the Atlantic once again, this time to work at Rolls-Royce in the United Kingdom – shaping the next generation large civil aircraft engines.” 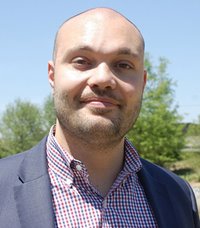 Marc Parker will be the 2018-2018 ECLIPSE intern for the Public Affairs and Outreach Secrtor. He has been fascinated by energy conversion from an early age when his grandfather taught him about power plants. They spent many nights at the kitchen table where his grandfather, who had worked at hydroelectric and thermal power plants in Alabama, would draw diagrams of equipment on the backs of envelopes. Today, Marc works in Generation Planning and Development for Southern Company’s retail electric utilities. He follows the commercial development of relevant technology and performs economic studies for new power projects. His experience includes analyzing and commenting on federal environmental policy as well as coordinating power plant environmental compliance strategies. Marc’s chosen career path came to him a little later in life than for many engineers. After growing up in rural Alabama, Marc studied Philosophy at Birmingham-Southern College and subsequently worked as a paralegal. Needing a change in scenery, Marc switched to construction as a machine operator and logistics specialist. Eventually he returned to college at the University of Alabama at Birmingham where he earned a Post-Baccalaureate degree in mechanical engineering and is currently pursuing a Master’s degree in the same field. He has been married to his wife, Liz, for four years, and they have a son, Liam. Marc and Liz, who is currently in pharmacy school, proudly hang a framed copy of the periodical table in their living room. 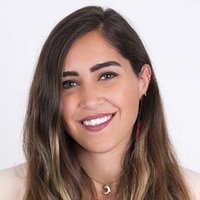 Maya Reslan will be the 2018-2019 ECLIPSE intern for the History and Heritage Committee. Maya graduated from the Lebanese American University with a Bachelor in Mechanical Engineering in December of 2015, and then moved to Germany to pursue her Masters in Management and Engineering in production systems. She was introduced to ASME during her second year of university and has remained involved since. Maya was chosen to participate in SLTC 2017 and realized how tough it is to be involved in ASME Europe compared to the others due to the fact that it is less active there. She is eager to empower and spread ASME in Europe. Upon graduation Maya concentrated her career in the production industry, and is now working in the Lean and Six Sigma areas of it. In addition to her interest in the engineering field, Maya has always been seeking opportunities to develop her skills beyond what was strictly required by the curriculum. She has been continuously trying to push herself out of her comfort zone by engaging in many different activities and testing her limits of keeping a well-balanced well-being between her education and personal life. Maya is passionate about volunteering, traveling and experiencing new cultures. 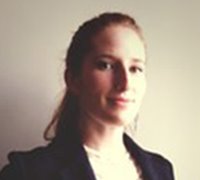 Samantha Sanders will be the 2018-2019 ECLIPSE intern for the Diversity and Inclusion Strategy Committee. What do naval ships, human bone, and software have in common? Well, not much, but they make for an interesting resume starting post-graduation. After finishing up her undergraduate degree in mechanical engineering, Samantha went to work for the DOD designing the propulsion systems on aircraft carriers and LSDs. Following few years of diligent CAD’ing and ship checks, a Fulbright scholarship brought her to France. She spent the next two years getting a masters in materials engineering and researching the sub-microscopic material properties of human bone, before heading back to the States and getting involved in software. After some time, Samantha decided to leave the life of computer bugs and ended up trading them for the real deal: the darkling beetle. She currently performs the engineering and much of the operations coordination for a 6-person startup growing insects to replace soy and fishmeal in the feed market. They grow food for food and her job entails everything from facilities planning to equipment sourcing to research and development. In her spare time, Samantha writes articles from an ‘engineer’s view’ on outdoor gear for magazines like Climbing, is heavily involved in her local mountaineering society, is attempting to make time for several mixed media art projects. When she’s not with her husband or puppy (or often when she is), she can probably be found in the mountains on an adventure. 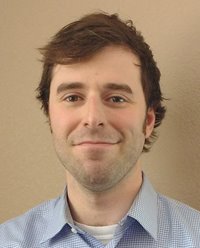 Samson Shepherd will be the 2018-2019 ECLIPSE intern for the Standards and Certification Sector. Samson graduated from Drexel University in 2013 with a Bachelors and Master of Science in Mechanical Engineering. Shortly thereafter, he moved back to Anchorage, AK to start his career as an engineer. He currently works for a small mechanical design/build contractor in the commercial construction industry. Born and raised in Alaska, Samson has an obsession with all things mountains and spends his spare time backcountry skiing, mountain biking and skijoring with his dog Napoleon. Starting his involvement with ASME at Drexel University, Samson found friends and connections that he knew he wanted in Alaska. Since moving back, he has slowly resurrected the Alaska ASME Section and the experience fostering a local engineering community. 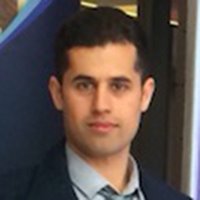 Khosro Shirvani will be the 2018-2019 ECLIPSE intern for the Board of Governors. He is a researcher and instructor in the Mechanical Engineering department at Rowan University. He earned his Ph.D. in Mechanical Engineering from Howard University in 2015, where he conducted research on surface polishing in Elastohydrodynamic Lubrication (EHL). His other research areas include surface engineering, fabrication and characterization of quantum materials and polymer nanofibers. Over the past, he also carried out the research of a number of sponsored projects by the Boeing Company and the National Science Foundation. Before undertaking doctoral studies in 2011, he worked as a consultant and designer for TUGA, one of the main global players in the turbine industry in Asia.