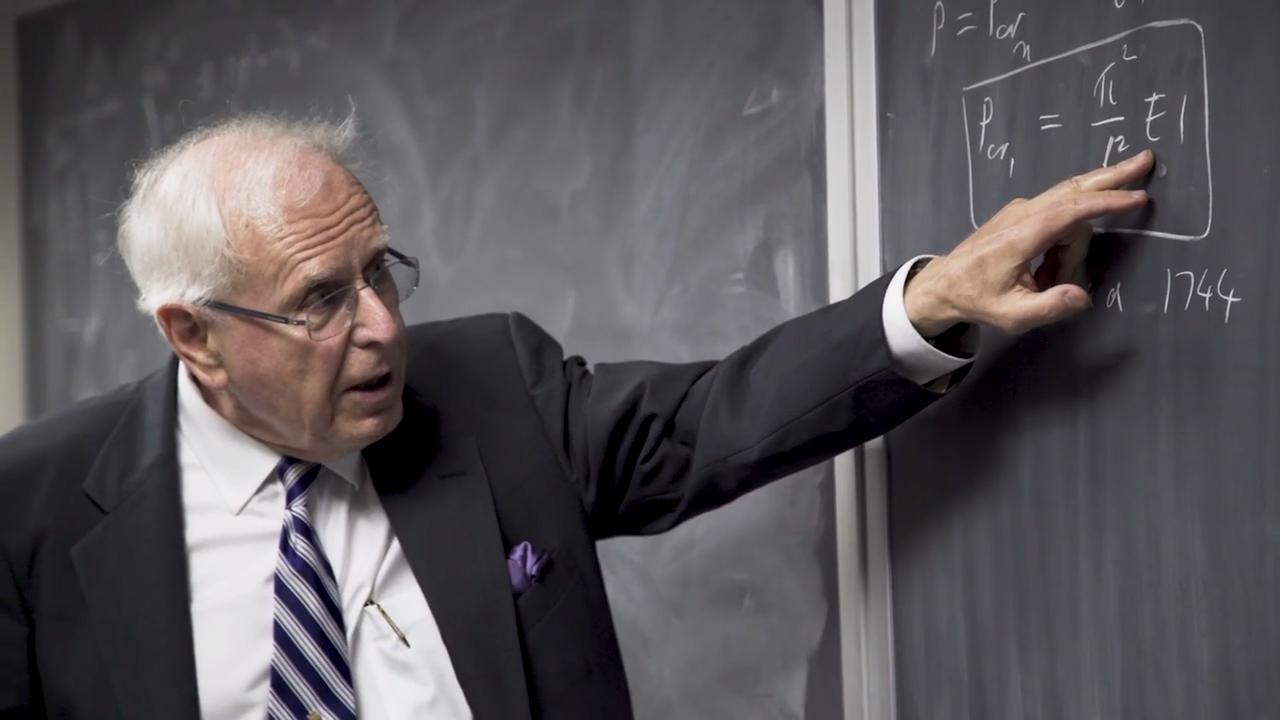 The ASME Medal was established in 1920 and is awarded for eminently distinguished engineering achievement.

Zdenek P. Bažant, Ph.D., S.E., the 2017 recipient, is McCormick Institute professor and W.P. Murphy professor of civil and mechanical engineering, and materials science at Northwestern University. He is honored for developing a statistical theory of the strength and lifetime of quasibrittle structures of random material properties, verifying it with experimental evidence and demonstrating its relevance to structural safety; and for formulating a kinetic energy release theory for material comminution into particles of random sizes under extreme strain rates.

Dr. Bažant is a world leader in the mechanics of materials and structures. His studies on quasibrittle fracture, damage and creep, size effects and scaling, structural stability, finite strain and failure probability have led to the development of computational models to assess the safety of structures such as bridges, dams, buildings, aircraft, cars, ships and nuclear containments.

An ASME Fellow, Dr. Bažant has also received these Society awards: the Worcester Reed Warner Medal in 1997, the Nadai Medal in 2008, the Timoshenko Medal in 2009 and Honorary Membership in 2012.

Dr. Bažant is a member of numerous academies and societies, including the Royal Society of London. Among his extensive list of honors is the Austrian Cross of Honor for Science and Art, First Class in 2016.

Educated in Prague, Dr. Bažant received his civil engineering degree from Czech Technical University (CTU), his Ph.D. in engineering mechanics from the Czechoslovak Academy of Sciences, a postgraduate diploma in theoretical physics from Charles University and docent habilitatis in concrete structures from CTU. He holds seven honorary doctorates.