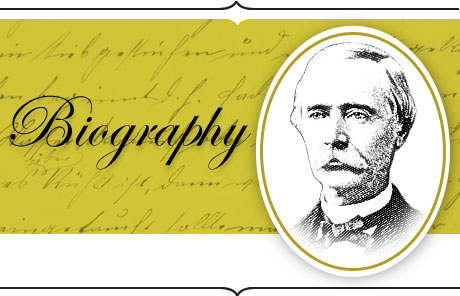 Love and happy marriage have often led people to accomplish unexpected things. William Kelly (1811 – 1888), a 19th-century American inventor, is one of them.

His invention of the pneumatic process of steelmaking revolutionized the industry. It is a process in which air is blown through molten pig iron to oxidize and remove unwanted impurities. Also patented by Sir Henry Bessemer of Great Britain, this process produced the first inexpensive steel, which became the major construction material in the burgeoning industrial age.

Kelly, who was born in 1811 in Pittsburgh, PA, entered the dry goods business after studying metallurgy at the Western University in Pennsylvania. By the age of 35, he was senior partner in the firm of McShane & Kelly. His job often required him to travel across the country. While on a business trip to Nashville, TN, he met and fell in love with Mildred Gracy. She was from Eddyville, KY. As the relationship blossomed, Kelly decided to purchase 14,000 acres of timberland nearby, which contained ore deposits. It was a fortuitous purchase because after their marriage, he set himself up as an iron manufacturer.

In the early 1840s, Kelly and his brother set up the Eddyville Iron Works, which later prospered to become one of the most profitable businesses in the country.

What bothered Kelly, however, was the gradual depletion of the timberland and the dwindling of carbon-free iron deposits, which drove him to search for a more efficient means of refining pig iron.

At this time, iron was sold in three forms, each distinguished by the amount of carbon present in the iron. Cast iron was highest in carbon content. Some cast iron was converted in forges to wrought iron, which contained no carbon. Intermediate was steel, which was the strongest form. Steel was made by slowly heating iron to high temperatures; this was an expensive process and therefore little used.

Beginning in 1847, Kelly made a series of experiments in an attempt to save on fuel costs in his furnace. He discovered that a blast of air would increase the temperature of the molten cast iron, since the carbon impurity acted as a fuel.

Kelly hoped to save fuel by this process, and between 1851 and 1856, he built a series of experimental furnaces in the woods behind his plant. The work was done in secret because he was afraid that customers would not trust the metal made by the new process.

Aware that air drafts cause molten iron to glow white hot, he became convinced that air blown through molten iron not only would remove the carbon but also would cause the temperature of the molten mass to rise, making further heating unnecessary.

Those around Kelly thought his scheme insane, and his father-in-law even had him examined by a doctor. But the physician's knowledge of basic science enabled him to see the value of his patient's scheme, and he became one of Kelly's strongest supporters.

About 1850, after several failures, Kelly succeeded in producing iron and steel with his process, although the quality of the steel was still largely a matter of chance. He did not patent the process immediately but continued working on it.

In 1856 he learned that Henry Bessemer, working in England, had patented a similar process and that a patent was being applied for in the U.S. Even though Bessemer was trying to make steel (rather than to save fuel) and had proved his method a success (which Kelly had not), Kelly objected to Bessemer's patent application and revealed his own experiments. In 1857, he was granted a patent for his process.

Further innovations in steelmaking, notably by Robert Mushet of England and Goran Goransson of Sweden, made the pneumatic process practical. Before he went bankrupt during the panic of 1857, Kelly sold his patent to his father.

In 1859, he renewed his experiments at the Cambria Iron Works in Johnstown, PA, and by 1862 managed to find enough financial aid to enable him to build a steel plant in Wyandotte, MI.

Within two years, he produced the first commercial steel, using the Kelly process. In 1863, the Kelly Pneumatic Process Company was organized, and the following year a rival company using Bessemer's patents was organized in Troy, NY. Unable to achieve more than minimal success with their respective patents and processes, the two companies pooled their resources in 1866, and thereafter steel production expanded rapidly.

Although he received some money from the Kelly Company, it was only after his patent was extended in 1871 that Kelly received significant remuneration for his invention.

Though Kelly conducted one further experiment, his process was never successfully applied. In 1861, he merged with the firm that represented the Bessemer interests. The Kelly interests received three-tenths of the stock of the new firm, and the Bessemer people took seven-tenths. Kelly was not directly involved in these later commercial activities but lived in quiet retirement in Louisville, KY, until his death in 1888.

He discovered that a blast of air would increase the temperature of the molten cast iron, since the carbon impurity acted as a fuel.

Energy Transformation Collection
International Energy Agency said this year’s energy crisis highlights the security risk of depending on imports of oil or gas.

Article
Energy Blog: Cooking With Gas and Electricity
Recent survey uncovers some of the kitchen energy use trends across the United States.