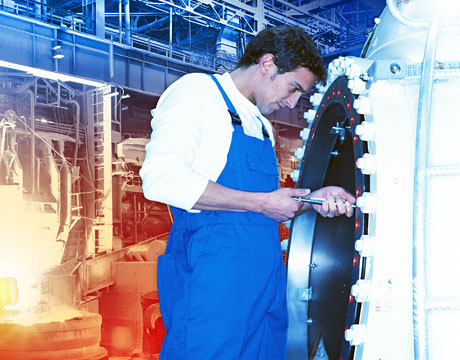 Services make up nearly two-thirds of the U.S. economy. Manufacturing accounts for only 12%. For many decades, economists looking at this disparity argued that manufacturing played a minor role in the modern economy, and that $1 billion generated by warehousing, transportation, and retailing produced the same economic benefits as $1 billion in production. They were wrong.

Over the past decade, more and more economists have confirmed that manufacturing is indeed different from services. It is essential to innovation, and tightly linked to our nation's economic health and national security. First, while manufacturing might be a small component of the U.S. economy, its output still came to $1.9 trillion in 2012, and by itself would have made the world's tenth largest economy. The U.S. manufacturing sector was larger than the total economies of India, Canada, Mexico, or South Korea.

According to the Bureau of Economic Analysis, every dollar spent in manufacturing generates $1.48 in economic activity, more than any other major economic sector. Also, improvements in productivity have leveraged the productive power of the American worker, enabling more manufacturing output per person. It is true that manufacturing employment has declined significantly since the start of the century, but the sector still employs 12 million workers, just under 9% of total U.S. employment.

It also supports nonmanufacturing jobs up and down the supply chain, from mining to warehousing, as well as engineering, financial, and legal services. Manufacturing is also necessary to support national and homeland security. According to the Department of Defense, for instance, in its 2010 Quadrennial Defense Review Report, “In the mid-to-long term, it is imperative that we have a robust industrial base with sufficient manufacturing capability and capacity to preserve our technological edge and provide for the reset and recapitalization of our force.”

These arguments about the importance of manufacturing are important and well known. But what has changed the minds of many economists over the past decade is that manufacturing plays an essential role in innovation. While manufacturing is only 12% of the U.S. economy, it accounts for two-thirds of all private spending on R&D. While it provides only 9% of U.S. jobs, it employs one out of three engineers. Fully 60% of royalties from licensing intellectual property go to manufacturing firms.

Manufacturing is the engine that drives U.S. innovation. It transforms laboratory research into new products and production processes that generate profits and make the world a better place. It creates new and vital industries, ranging from computers and wireless to biotechnology and solar power. As engineers and manufacturers develop new technologies, they build the capabilities to extend and innovate in new fields. Those innovations give manufacturers the performance or cost edge they need to compete in a crowded international marketplace.

This is where U.S. manufacturing runs into problems. We are not talking solely about the production of low-tech products by low-wage workers, which has moved overseas during the past decade. U.S. manufacturing innovation is also lagging behind such high-wage nations as Germany and Japan. We increasingly import more advanced technology than we export. Global competitors continue to press our small and mid-sized firms.

Perhaps most troubling, we are losing the ability as a nation to take innovative prototypes and benchtop or laboratory processes and scale them to commercial production. We have seen many American innovations leave our shores to be produced overseas in countries that have built up their capabilities for cost-effective volume production. As they scale up manufacturing, they build the production know-how that will enable them to remain in the lead.

Most engineers are familiar with some products that have moved overseas, such as flat panel displays. But I want to recall an older product, one we rarely see anymore, because it teaches an essential lesson about technology and provides a reason for optimism.

I want to talk about the VCR, because it highlights the fact that technologies have limited lifespans. Even though we lost out on VCR production, few people purchase VCRs today. That market is gone. The same will one day be true of flat panel displays. My guess is that one day, in the not-too-distant future, we will replace flat panels with flexible displays that we can hang on a wall or fold into our pocket. These products will require entirely new production facilities and supply chains. So here is an opportunity for America to recapture not only a new product line, but a supply chain that makes those products possible.

U.S. researchers are leading the pack in the development and use of next generation flexible electronics. If we have learned our lessons from the offshoring of consumer electronics, we should do everything in our power to scale that world-class research into production here in the U.S.

The U.S. is well positioned to do just that. Our labor costs are competitive with many high-end manufacturing nations, such as Germany and Japan. Reports by Boston Consulting Group, PWC, and AlixPartners all show that rapidly rising wages will erode even China's cost advantage within a few years. Given China's disadvantages in transportation, timeliness, and intellectual property protection, the U.S. is well positioned to compete head-to-head with China.

Yet, in the end, wages are only a small part of the story. After all, labor rarely accounts for more than a small percentage of total production cost. And the U.S. has so many advantages of its own. The most important involve America’s culture of innovation. The U.S. is certainly one of the world's most innovative economies. It has a consistent record of inventing disruptive technologies that radically reconfigure or even eliminate existing supply chains.

This advantage grows as the pace of innovation speeds up. We are seeing new products and capabilities deployed at breathtaking speeds. The companies that scale the latest technologies the fastest will become the market leaders and reap most of the profit. This is the same strategy that Apple followed so successfully with successive generations of both the iPad and the iPhone. Each new version raised the bar for its competitors.

Rapid deployment of innovative products is the most effective way to defend a market. Indeed, the best defense is a good offense. Firms that scale and deploy innovations rapidly will remain market leaders. Knockoffs that are one or two years behind the curve look dated. Once again, the American culture of innovation rises to this challenge like no other.

What the U.S. must do now is close the gap between innovation and commercial scale-up and production. It already leads the world in creating disruptive technologies. It is rapidly moving toward energy independence. The imposing wage gap that once separated it from other nations is closing. Now, it must widen the gap in innovation implementation.

Some American companies have begun reshoring manufacturing operations located in other nations. I think that trend will grow stronger. I also see a growing consensus for taking steps to ensure that the innovations invented in America get made in America. No one is talking about an industrial policy or picking winners and losers. Instead, they want to make it easier for domestic manufacturers and academia to work together to solve the practical problems of turning new and innovative technologies into commercial products and processes.

This is vital to our future, because manufacturing, and especially advanced manufacturing, is not just another sector of the economy. It is a cornerstone of a culture of innovation that makes the U.S. a world leader, and a land where dreams can truly be realized.

Thomas Kurfess, an ASME Fellow, is a professor of mechanical engineering at Georgia Institute of Technology. Before that he was assistant director for advanced manufacturing at the White House Office of Science and Technology Policy.