Where Human Rights and Engineering Meet

Where Human Rights and Engineering Meet 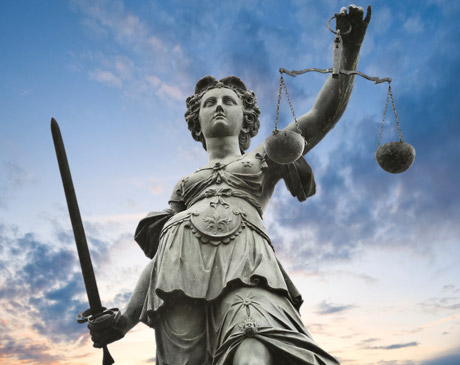 Many experts will tell you that one of the keys to happiness is having a job that matters and that you enjoy doing. One thing you learn right away in talking to human rights lawyer Jessica Wyndham, associate director of the Scientific Responsibility, Human Rights, and Law Program at the American Association for the Advancement of Science (AAAS), is that she very much enjoys what she does for a living. Another thing you learn very quickly is that it matters. A great deal.

"I'm loving what I'm doing," she says. "But this is the tip of the iceberg … We need to bring more engineers onboard." With the AAAS for nearly five years now, Wyndham's work has centered on the intersection of human rights and science, which in many cases means engineering. The connection may not be immediately apparent to many of us who spend our days in laboratories, factories, or office buildings. But when soil and water is contaminated by an industrial accident in an undeveloped region of the world, who collects the evidence? Who advises the local population how to do it correctly? When a mass grave is discovered following a civil war, how are the remains identified? Who performs the identification and verifies results?

The answer to these questions is dedicated scientists and engineers, many of whom are part of the four programs that form the core of Wyndham's work with the AAAS. The first, the Science and Human Rights Coalition, is a network of scientific associations, currently numbering 46, who recognize a role for engineers in human rights. The second is "On-Call Scientists." "We joke it's like an online dating system," says Wyndham of the volunteer network of over 700 engineers and scientists who give their time to various human rights projects. The third, "Applying Geospatial Technologies to Human Rights" first emerged when documenting the destruction of villages in Darfur, and revolves around the use of satellite imagery to determine the extent of damage, displacement, and other factors. Her fourth project is conducting a series of focus groups titled "The Right to Enjoy the Benefits of Scientific Progress" and is based on the "Universal Declaration of Human Rights" drafted by Eleanor Roosevelt and adopted by the United Nations in 1948.

Hearing her describe how the work of the Scientific Responsibility, Human Rights, and Law Program translates into real world outcomes by empowering local populations is when the goose bumps start, however. "Where our program initially did that was in bringing forensic sciences to human rights issues, particularly in Latin America following civil wars, where there were mass graves and no ability to identify whether the disappeared were in fact killed and in those mass graves, what was the cause of death, and who might have been responsible."

"Through a team of forensic anthropologists in the U.S. who went first to Argentina then to Guatemala, they trained local forensic anthropologists to identify human remains," she says. "There was one particular case of a twenty one year-old bank clerk. They were able to identify that she was pregnant when kidnapped and she had given birth before she was killed. So that raises obviously the question of 'What happened to that child?'"

Questions like this can cause sleepless nights, but Wyndham is tireless in her dedication. "What I've valued is the breadth of opportunities I have to learn about different sciences and fields of engineering and to think creatively about the ways they can become involved in human rights work."

Getting involved at the intersection of science and human rights is not difficult. "On-Call Scientists" truly is as easy to join as a social website, and the Science and Human Rights Coalition operates out of Washington, DC, and is open to individuals and organizations alike. Meanwhile, it is clear that Wyndham feels academia has a special role to play in the everyday work of educating the next generation of engineers as well. "Professors of engineering can think, and I would say should be thinking, about how they can integrate human rights into their engineering curriculum," she says.

As the role of engineers in society continues to be redefined in the 21st century, it seems clear that there will be increasing opportunities for engineers in the field of human rights. Traditionaltools aren't vanishing, but they are no longer utilized exclusively in a shop or a laboratory. They can be taken anywhere an engineer feels he or she can make a difference.

What I've valued is the breadth of opportunities I have to learn about different sciences and fields of engineering and to think creatively about the ways they can become involved in human rights.Jessica Wyndham, American Association for the Advancement of Science (AAAS)