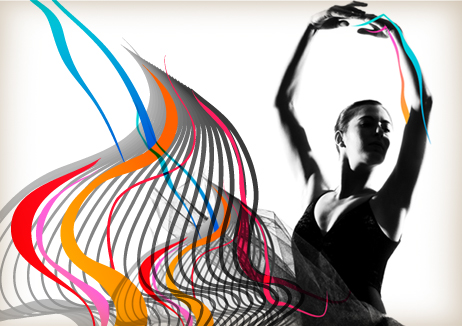 Where Engineering and Ballet Meet

Recent Duke University graduate Katrina Wisdom has long had two interests: ballet and engineering, and they are rarely confused with one another. But Wisdom says maybe they should be as she sees a clear correlation. The result was a Student Dance Grant and being asked to give a wildly popular TEDxDuke talk.

"While at Duke, my understanding and vocabulary related to engineering and physics principles was growing, but I was also approaching dance from a different perspective, thanks to some very creative teachers in the Duke Dance Department," she says. "We would stop in the middle of class and talk about our thought processes and our motivations behind the movements, and draw all sorts of analogies in order to experiment with our dancing. One set of these analogies was related to physics, and, of course, I was hungry to grab onto these!"

The class also involved writing reflective journal entries, which helped lead her to see ballet's correlations to engineering. She says of the thoughts entry writing led her to: "How does using a mirror affect your dancing, when the artificial image of yourself hits you instead of the real energy of a live, responsive audience? I used some optics for this one. How can you take a piece of choreography you have been assigned and dance it close enough to do it justice, but with enough creativity to establish yourself as a unique artist?"

She soon wasn't going to have to worry about whether she was thought of as unique.

Wisdom won a Student Dance Grant on combining ballet and engineering, consulting with professors who had done work in the area of communicating physics through ballet. A paper she estimated was between 40-50 pages led to Duke's dance department and school of engineering helping her set up a luncheon presentation and demonstration for her school community. "About 50-60 people were there," she says. "Professors from the Dance Department, professors from the engineering school, staff of both, community members, dance students, engineering students, friends of mine who were curious about how two subjects so seemingly unrelated could possibly be fit together! Some of my dancing friends demonstrated beautifully while I talked through a PowerPoint and wrote on a white board with the general structure: What is the dance scenario? What is the related physics-engineering scenario? And what happens when you combine them to the dancing?"

In fact, the presentation was so successful that the spring of 2012 saw Wisdom give a TEDxDuke talk, summarizing her work and motivation behind it.

The Dance of Life

Admittedly, Wisdom has had less time for ballet lately. Spending this past summer after graduation interning at Boeing within the mechanical parts technology area gave her a chance to do modeling and experimentation related to fasteners. It also allowed her to get in some research on electromagnetic effects in aerospace design. And, in the fall, she starts in the Mechanical Engineering Graduate Program at Stanford University.

But, regardless of how often she'll do ballet going forward, it seems few will question whether she successfully found a correlation and opened up minds.

"The problem is that normally, both ballet and engineering seem inaccessible to people not part of these worlds," she says. "I was merely trying to show that this doesn't have to be the case, and we can take aspects of each and apply them to our own realms of personal relevance."

The problem is that normally, both ballet and engineering seem inaccessible to people not part of these worlds. I was merely trying to show that this doesn't have to be the case.Katrina Wisdom, Stanford University